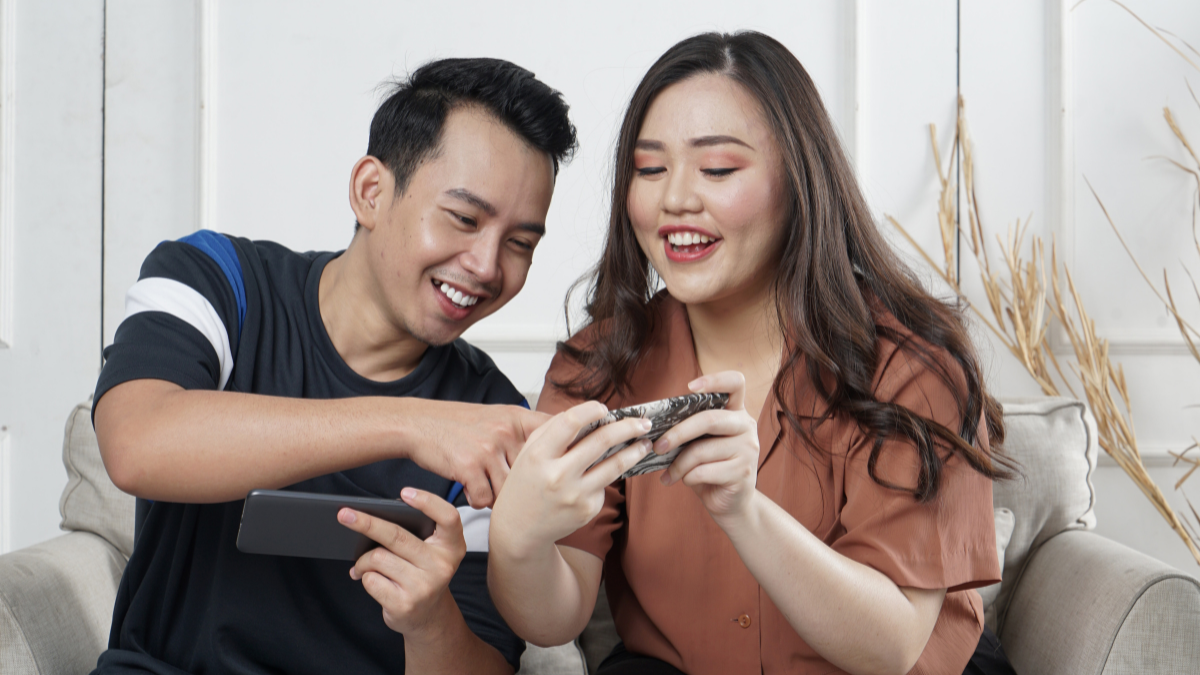 A new survey shows that social media is making Gen Z and Millennials feel really bad about their finances.

The report, which was conducted by the personal finance website NerdWallet, found that 62% of respondents said social media made them feel bad about their financial situation.

The main reason cited for this was that people are constantly bombarded with photos and videos of others living a lifestyle that is seemingly unattainable. This can lead to feelings of inadequacy and frustration, especially for those who are struggling to get by.

However, just because someone can afford to post about their fancy purchases doesn’t mean they’re doing better than you financially. In fact, they may be in more debt than you are.

“The first thing would be to take a hard look at cash flow, aka budget. It isn’t fun, and so many people avoid looking at their spending, but it’s hard to change your cash flow if you don’t know where your money is going, “she says.

If you struggle to embrace frugal living or already living stingy, then she suggests trying to make more money.

“You would need to find ways to get more income. Don’t just look at it as a way to earn money because when you’re young, it’s very beneficial to try several things out and build up your resume and skill set. ”

Additionally, they can reduce the amount of time they spend online. Reducing their online presence or being careful to follow only people they know can be useful in reducing the jealousy that arises from seeing other people online.

A Timeless Dilemma: Keeping Up With the Joneses

Comparing your personal situation to others is a recipe for unhappiness. There’s a reason that ancient lawmakers put in rules about “coveting” your neighbor’s property. According to Bankrate, 47% of Gen Z and 46% of Millennials surveyed reported feeling negative about their own finances after seeing posts from their “friends” on social media.

This is a timeless dilemma often described as “keeping up with the Joneses.” Aspiring for more is okay. Being assaulted digitally by images of someone else’s nice new home or expensive outfit can cause those aspirations to turn into envy and jealousy. Social media was designed to amplify marketing messages. This is one instance where it’s having a negative effect.

This is a finding that should be a concern for all parents. The Bankrate survey found that 64% of parents thought their children were developing unrealistic expectations about money after seeing posts on social media. It’s not surprising. How many ads have you seen that promote “get rich quick” schemes? Conversely, how many promote hard work and sacrifice?

Children influence their parents more than they care to admit. A simple inquiry about “why” you’re struggling financially when these programs are out there might be a teachable moment, but it still brings up feelings of inadequacy and self-doubt. The kids are focused on getting rich. Millennial and Gen Z parents are disturbed by the implication that they’re “not enough.”

This is one that everyone feels, but Millennials and Gen Z tend to do more shopping through social media than other generations. According to the Bankrate survey, 49% of them have made an impulse purchase on social media, and 64% of those people have regretted it after the fact. The survey doesn’t specify whether that’s before or after they receive the product.

Social media has brought the world closer together and provides some benefits that were not available to former generations, but it’s become so embedded in our lives that it’s now affecting the mental and spiritual health of the younger generation. This survey asks some important questions, but it gives few answers. Finding those is up to you.