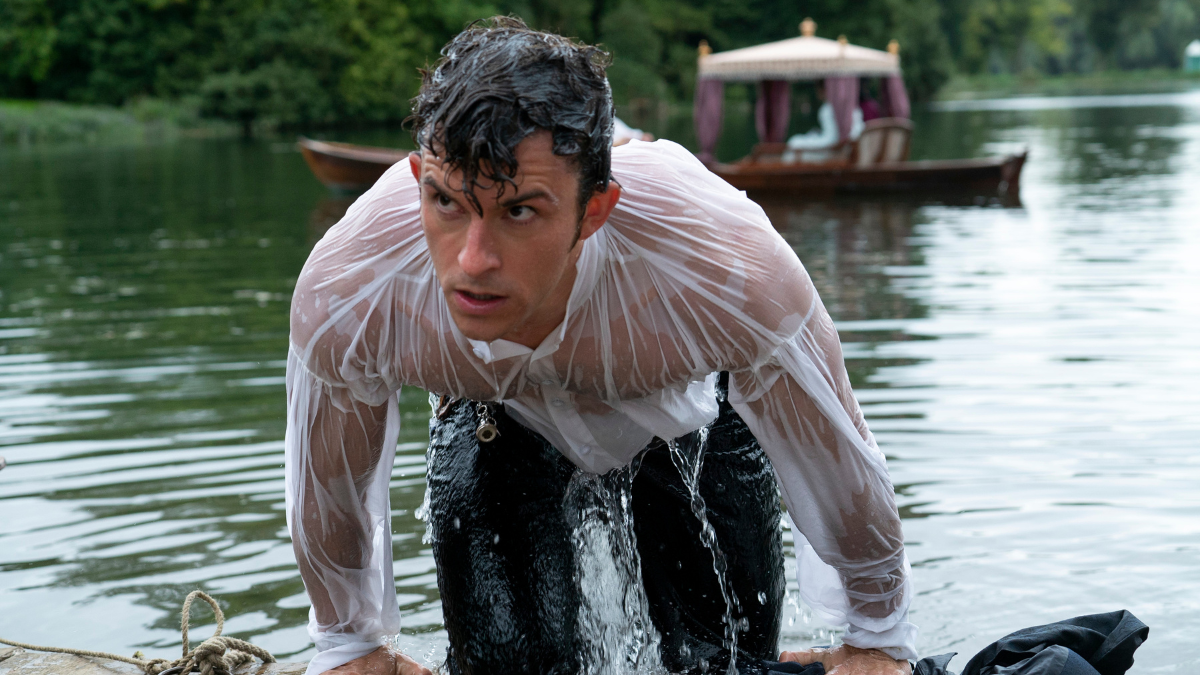 Bring out the smelling salts!

The art of the swoon may be a forgotten skill, but we can still swoon over shows that showcase romance, love, gorgeous people, clothes, and property. From Regency love stories to royal intrigue to a modern-day fashionista, these shows are some of the best on Netflix.

Here are some of the most swoon-worthy TV series that you can watch on Netflix. So curl up on your fainting couch with a cup of your favorite tea, grab your fan, and swoon away!

Bridgerton is the most swoon-worthy show! They even have an episode titled “The Art of the Swoon.” If you are a Shonda Rhimes fan (Grey’s Anatomy, Scandal), or you really enjoy steamy historical romances, then Bridgerton is the show for you. Please note that this show has a fair amount of nudity and intimacy, so it’s not for when the kids are around.

Are you a fan of British royalty? Then The Crown on Netflix might be your weekend binge-watching go-to. This show follows the reign of Queen Elizabeth II, from her marriage to Prince Philip and coronation to Princess Diana’s entrance into the family. Like all things royal, this show is swoony indeed!

This Netflix-original show is the ultimate in decadent binge-watching. After landing her dream job in Paris, American Emily Cooper heads across the ocean to start a new life in Paris. This show is campy, quirky, and the perfect mindless show for everyone to watch. Oh, and Emily’s wardrobe is absolutely swoon-worthy!

This sweeping historical series is based on the books by Diana Gabaldon. It follows the story of Claire, who time-travels back in time and is forced to navigate a whole new era, of course, while falling in love along the way. This show currently has six seasons and is renewed for a seventh. Viewers are warned that the show contains many highly graphic and violent scenes. The love story is indeed swoon-worthy, but the setting can make you swoon for a very different reason.

Moving to a more modern-day swoon-worthy show, Dynasty follows two of America’s wealthiest families as they fight over money and power while wearing fabulous clothes, sitting in fabulous places, and traveling on fabulous jets. It’s based on a 1980s soap opera of the same name, and you should be warned that once you start watching, you may not be able to stop!

Which one of these swoon-worthy Netflix shows will you watch next? Enjoy!

This post originally appeared on Swoon Hub and has been republished with permission on A Dime Saved.