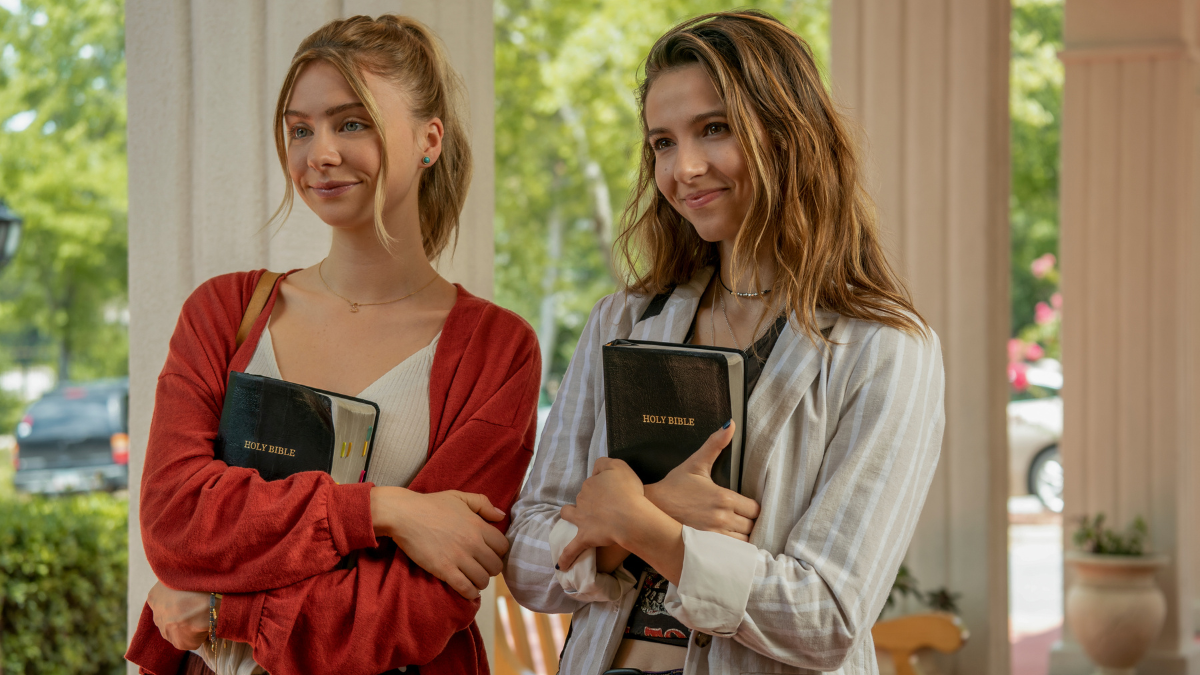 Netflix is notorious for canceling shows before they are finished leaving devastated fans in their wake. There is something so incredibly upsetting about a show you love being canceled before being wrapped up properly and the characters given proper closure.

Someone recently posted on Reddit with this sentiment, and they asked, What are your favorite canceled Netflix shows?

Here are some of the responses:

This was the highest-rated comment, so I am assuming that is the most missed.

One person said, “Marco Polo was such a great show; so much potential for spin offs, too.”

Another added, “We did get The Hundred Eyes stand-alone episode, but yeah I totally agree, Marco Polo was an incredible show, should not have been canceled. It’s also a d*** shame from a historical point of view (I’m a history teacher), the Mongol Empire is probably in the top 5 who made a permanent mark on the history of the planet. Without the fall of the Mongols, I don’t think you get Christopher Columbus, and I think that China is the first Old World people to make contact with the Americas. Just speculation, of course.”

Related: 15 Fantastic Netflix Shows That No One Seems to Watch

I Am Not Okay With This

One person said, “I’ll never get over I Am Not Okay With This not getting a second season.”

Another was upset that it ended with a cliffhanger, “I know!! They left it on such a big cliffhanger, and they barely explored the character’s potential, such a waste of a good plot by canceling it!”

And yet another person even canceled their Netflix account because of it, “That was the show that finally got me to cancel my Netflix account. I looked up the graphic novel it was based off of hoping for closure. Sadly it’s something completely different.”

Many people really were upset about Lillyhammer even though they argued over whether it could be called a “Netflix Original.””

One said, “Still not sure if Netflix cancelled it or if it just never happened for other reasons. Absolutely loved this show, though, the supporting cast were all brilliant, many of them also appeared in Norsemen more recently.”

This was canceled the week it won an Emmy? What?!

One person wrote, “Cancelled the week it won an Emmy. WTF NETFLIX. I know they got them puppets just sitting somewhere. Free the Gelfings!”

“The OA, that really made me upset,” one person said, “The producers had 5 seasons planned. Netflix canceled it after 2, and it had a huge following!”

One person said, “Yep, extremely low budget too and they canned it, wtf man.” Many others agreed, “Great show. So sad to see it go.” This show is very popular and on many of our other lists.

One person said, “That show had no right to be as funny as it was!”

Many Redditors were upset about this cancellation. “It was so effing good and I was so excited for Season 4. When they cancelled it, I was so mad I almost cancelled Netflix,” one person said.

Another person said, “Yes, I was gutted when Glow was cancelled!! Such an amazing and unique show.” A third added, “idg** about wrestling and I adored GLOW.”

Many commenters agreed that Teenage Bounty Hunter’s cancellation was upsetting. One person said, “I wish the creators would at least put out a book or graphic novel! It’s killing me wondering what was going happen to them.”

Related: 9 of the Most Overrated Netflix Shows

After someone mentioned Archive 81, a person posted, “Yep, had me hooked from the first episode; it was a slow burn that kept taking your further down the rabbit hole, plenty of mystery and mythology to last 3-5 seasons, what a shame.”

This show about a man claiming to be Messiah ended on a cliffhanger.

“Yeah, that was a great thought-provoking series,” said one person. “And it ended on such a cliffhanger too,” remarked another.

A third added, “Yeah, I’m still remembering it and wondering W… T… every loving F…?? When he poked his head out the window and looked down?? I’m the type that most often picks up on foreshadowing and stuff, so I’m seldom surprised by a twist, but that blew me away. I was literally yelling at the TV in astonishment…”

One person said, “I loved Travelers, and I was so disappointed when it got [cancelled].” Another said, “That show was so good! And Brad Wright has said he had more to write, but Netflix said no. At least they let him close it out instead of chopping it off at the knees like they have other shows.”

This one might have been a COVID tragedy rather than a straight-up cancellation, but that still leaves fans disappointed. One person wrote, “The society. I read a comic dealing with the same concept as a kid and I can’t describe how much I loved it. I thought The Society would be the version I’d enjoy now as an adult but they’ve canceled it :’)”

Some were surprised that the show was canceled because they hadn’t heard the news. However, it seems it was canceled, to many people’s dismay.

This one doesn’t seem to have been very popular, as it didn’t get many upvotes (maybe that’s why it was canceled?), but devoted fans are still upset.

Someone wrote, “It was about teens stranded (hence the name) on a tropical island that’s a little odd. The teens go the Lord of the Flies route, and the show ends with an exciting new plot twist. But there was no second season, so we’ll never see a resolution. I’ll forever be bitter over that cliffhanger.”

This comment even got an award! They said, “Cowboy Bebop! People were so hard on that show because the original is so iconic, but they did an awesome job with it and definitely deserved to go further”.

Someone added, “Yes! They could’ve just done one more season to wrap it up but nooo.. The other shows mentioned, I didn’t start ’cause I knew they were cancelled.”

I hope you enjoyed this Reddit list of everyone’s favorite canceled Netflix shows. Also, check out these fantastic Netflix shows that no one seems to watch.