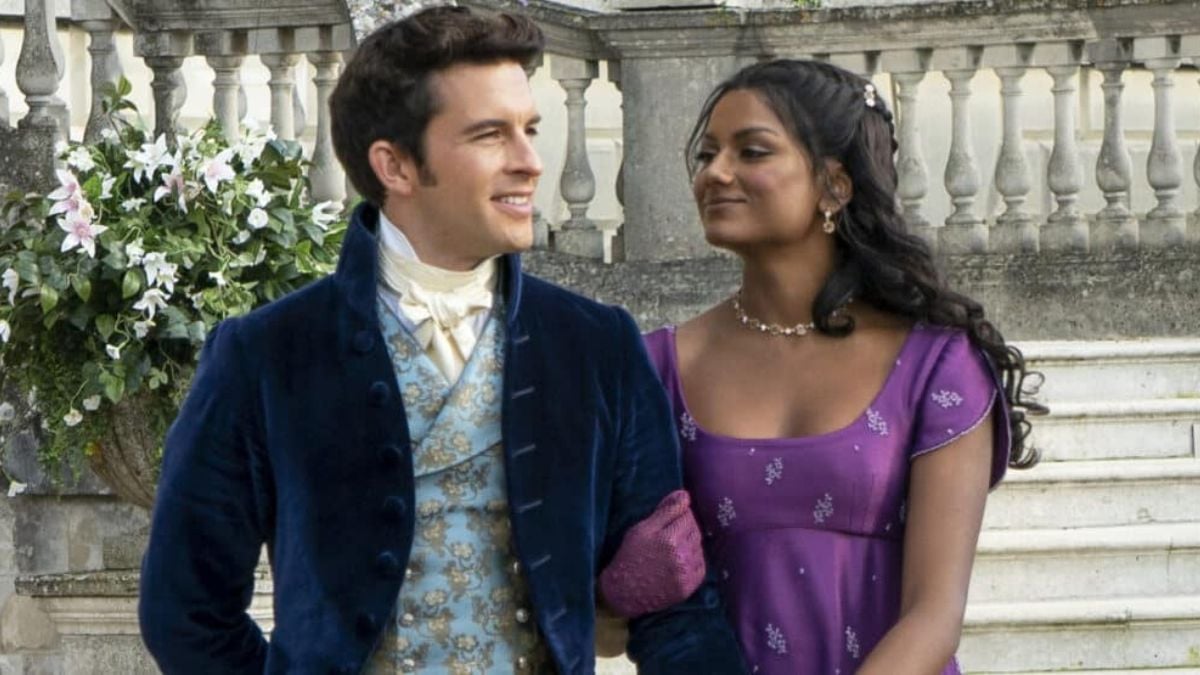 As avid fans know, Bridgerton officially announced that they are in production for season 3 with a video showing many of the cast holding up two fingers and then three.

Eagle-eyed fans might have been nervous that the new Viscountess Birdgerton was not making an appearance on the video, despite Ashley’s confirmation that she would be joining Season 3.

Rege-Jean Page (Simon, Duke of Hastings) notably did not return to the hit show after his turn as the season’s love interest and recently struck down rumors that he is returning for season 3.

Fans of the so-called “Kathony” couple have reason to be nervous about the amount of time they will see their beloved couple on-screen. Bailey and Ashley are going to take a step back and let the new season’s leads take center stage. Fans were concerned when Ashley wasn’t seen at all in the promo video, despite other minor characters such as Will Modrich being shown.

But now fans can rest easy! Jonathon Bailey shared a beautiful image of him and Ashley’s hands, along with the caption “#kanthony reunited. Season 3”.

Since this was shared as an Instagram story, this was later deleted but not before being shared by not only Simone Ashley but also Lizzie Talbot. She is known as Bridgerton’s intimacy coordinator. We do not know if this means that the couple will have any intimate scenes on set, but we can certainly hope!

Of course, we have avid fans to thank for quickly screenshotting the post and saving it for all of us to admire long after it disappeared from Bailey’s story.

While we do know that Season 3 is in production, Netflix has not yet given us any dates for the release. Fans are hopeful that we may see a first look or a trailer during Netflix’s TUDUM event this coming fall.

A new showrunner automatically means that the show’s tone will be different, and there will be many stylistic differences- hopefully, all good! Already, Bridgerton is taking a break from tradition by announcing production. Season 2 had no such announcement.

Stay tuned, dear readers, as we hopefully, will bring you even more details from Bridgerton Season 3 and the lovely Polin and Kanthony!