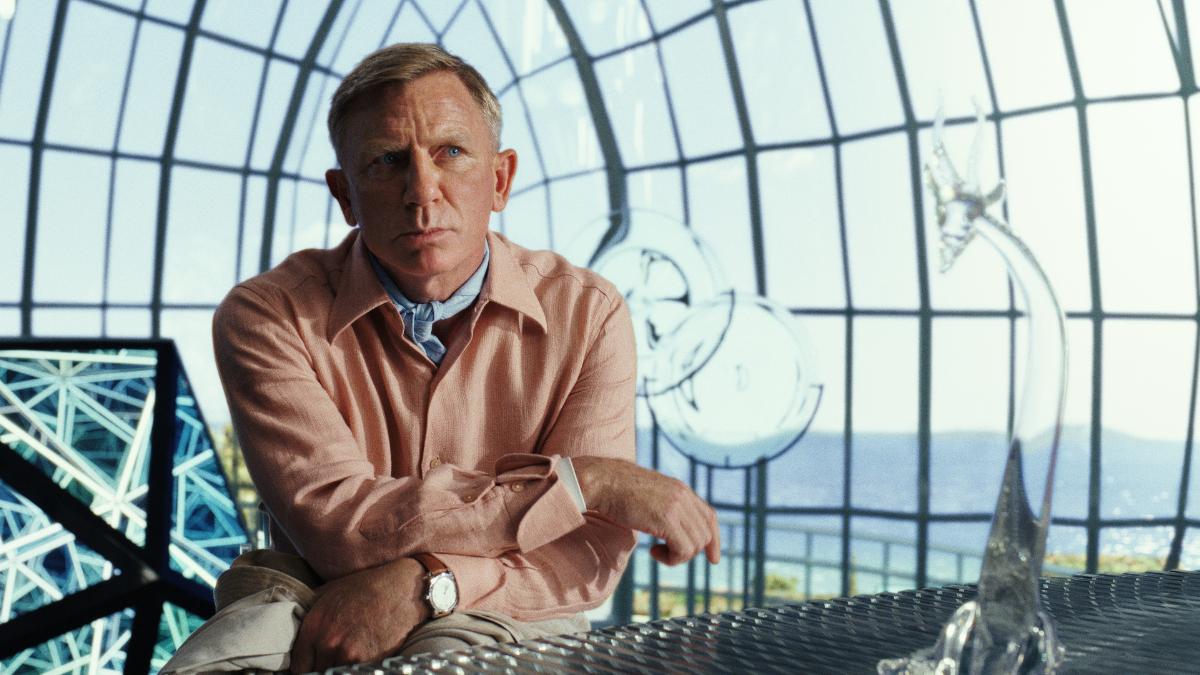 Have you had a chance to watch Netflix’s Glass Onion: A Knives Out Mystery? The internet is buzzing about the second installment of Knives Out, and here’s what they have to say.

1. Why Was There a Room for Glass Sculptures?

“Fragile glass pieces with no clear meaning, just assumed to be valuable, sitting on tall, precarious structures, scattered around the room where people would walk and pass through them, right where they could easily be bumped and knocked over,” said one.

Another added, “Just so frustratingly in the way. From the first moment of their introduction, when we got to see the room, those sculptures practically screamed, please break me!”

Someone confessed, “I liked all the touches of red squares and rectangles all over the main room. In the artwork, the lamp bases, in the chandelier over the dining table, reclaiming the red envelope.”

“What a great movie. I still prefer Knives Out, but this was a breezy 2.5-hour ride with an amazing twist in between, such a fresh take on a murder mystery, even though the killer was an easy guess,” said another.

“My wife noticed him giving Duke his glass when it first happened. So we knew he was the killer from that point but still had no idea what would happen,” one admitted. A second agreed, “We loved it overall! Not quite the classic that we got with Knives Out, but still a great and rewatchable film.”

“It’s clever how the movie uses Yo-Yo Ma to explain the story’s structure: “A fugue is a beautiful musical puzzle based on just one tune. And when you layer this tune on top of itself, it starts to change and becomes a beautiful new structure,” one stated.

7. Blanc’s Character Was So Heartfelt

Another shared, “One of my favorite things about Blanc’s character is how he recognizes and so deeply reveres and appreciates the competency of his assistants. For example, in the first one, he says something like ‘because you’re a good nurse’ to De Armas, which is heartfelt.”

“I generally loved that movie and was entertained the whole way through. The acting was top shelf, as was the cast, good use of an ensemble cast,” one added. “Benoit being bad at Among Us was hilarious. That Hugh Grant is his lover and does some casual lockdown bread baking was truly unexpected.”

9. What You See on the Surface, Is What You Get

“I loved that Derol (I’m not here guy) just immediately plays on your expectations for more, but in the end, he’s exactly what you’re told he is. Everything about him is what you see on the surface level, which is the thesis for the movie,” someone suggested.

10. Calling a Spade a Spade

“The movie starts with a direct acknowledgment of the pandemic with characters wearing masks, and it only gets more political. Finally, the ending has commentary bursting at the seams,” one professed.

“It’s difficult even to call it a metaphor because the movie practically punches you in the face. However, it fits with the core theme of the Glass Onion. Sometimes you have to call a spade a spade, and the truth can get lost if you have too many layers,” a final user commented.