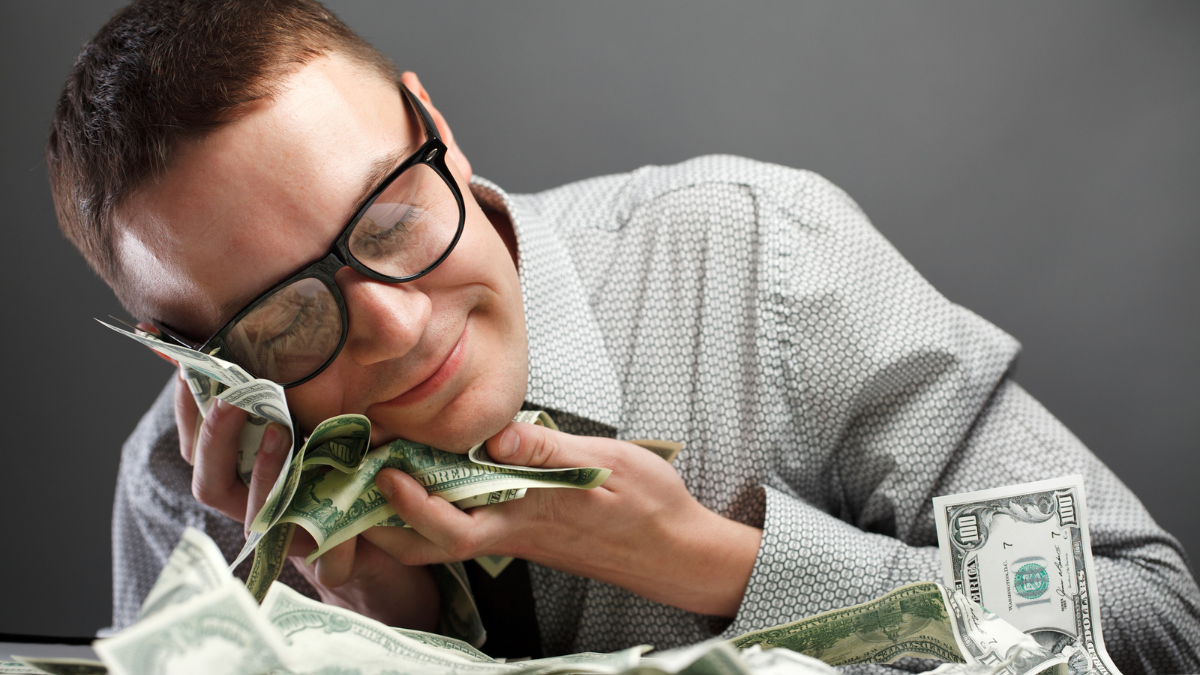 Do you have any crazy frugal stories to share? Someone asked this in one of our favorite online frugal communities, and people took to the comments. So here are the ten craziest frugal stories from the bunch.

One user wrote about how her family would have to use a three-gallon bucket for bathing regularly. They weren’t allowed to use more water, despite how dirty they may be.

“We would take baths in the afternoon when we got home from school because it took so long for the water to heat up, so we never had a hot shower.” She wrote.

It also affected any task requiring water. For example, brushing her teeth, she would get one to two cups of water and was scolded if she tried to take more.

2. Laundry in the Creek

Once upon a time, creeks were clean enough to use for bathing and laundry. One user explained how she would take her laundry down to the creek to wash them when she was a kid.

During the warm months, she would tie up a bundle of clothes, submerge them in the creek and let them “wash” for hours in the running water. Then, with minimal effort and no soap needed, the clothes would appear clean, giving her an excuse to play in the creek for a few hours.

Some users were taught as a kid to forage for nuts, berries, etc. Someone elaborated, “My husband thought I was crazy the first time he saw me casually reach down and pluck a weed off the ground and eat it.” Still foraging, she has a garage full of dried mushrooms and nuts, and her husband jokes that he married a deer.

4. Finding Left Over Coal for Fuel

Not standard now, some kids from the 70s and 80s may remember using a wood-fired oven for their kitchen stoves. While wood was the primary burning source, coal could also be used.

One person reported living near a power station. Coal was transported by train and would sometimes fall off the wagons. He and his siblings would collect coal that had fallen from the wagons during transport.

5. Having a Set Menu

Living through the Great Depression taught a generation how to make a meal stretch with inexpensive ingredients. One discussed growing up with her grandparents.

Green beans were eaten seven days a week during summer and fall, and winter and spring were for pinto beans. This menu always stayed the same unless they had company come over.

“Believe me; I used to pray for some company to come. And, to this day, I still can’t bring myself to eat a green bean or any pinto beans,” she confessed.

Stories about toilet paper rationing bring us back to a time not long ago. Covid birthed a new generation of people hoarding toilet paper for unknown reasons.

Unknown to most. Except one who wrote about her mother rationing her and her siblings’ toilet paper as a child. She was allowed one square for pee and two squares for number two.

As she got older, she was allowed to use more simply because her mother could no longer ration it out when she went to the bathroom. However, as an adult, she admits she may use more than needed.

You can find water anywhere, so we take it for granted sometimes. However, some U.S. State cities have water restrictions during the summer months.

Someone explained reusing wasted water. Like many, they habitually turn the shower on and let it run until the water warms up.

So they use a bucket to collect that water and reuse it to water their plants, fill water bottles, or make tea and soups. Acknowledging it’s a small contribution, but every little bit can help.

“Hunger will teach you to eat whatever is around,” one user wrote. He remembers, not fondly, a time of “dumpster diving” at convenience stores to pick out expired foods.

Since stores can’t sell expired goods, even if they are still edible, they must be disposed of, so some people will collect these foods. If eaten within a few days, they are usually still edible.

He recalls having to eat stale blueberry bagels, but since there wasn’t any cream cheese, he had to use mustard packets spread across them. Not nutritious and not appetizing.

A great way to get some food staples throughout your home and grab some produce you plan to eat within a few days is to visit your local food banks.

Usually, food banks are only one of the sources of your grocery shopping for the week, though. But when you’re on a tight budget, sometimes that’s all you get.

Another shared one of the weirdest combinations she had as a child, “cinnamon bread and enchilada sauce, no there was no way to make that remotely edible, but we ate it anyway.”

Most of us have heard the phrase, “if it’s yellow, let it mellow; if it’s brown, flush it down.” While usually, this is practiced for homes on septic tanks or colder locations where the pipes freeze. Some people still practice this for water conservation.

While this does save water, as toilet flushing accounts for about a third of water usage, the downside of “letting it mellow” does not compare for most.

We hope you enjoyed these crazy Reddit stories of frugality. Also, here are some ridiculous stories of people toeing the line between being frugal or cheap.