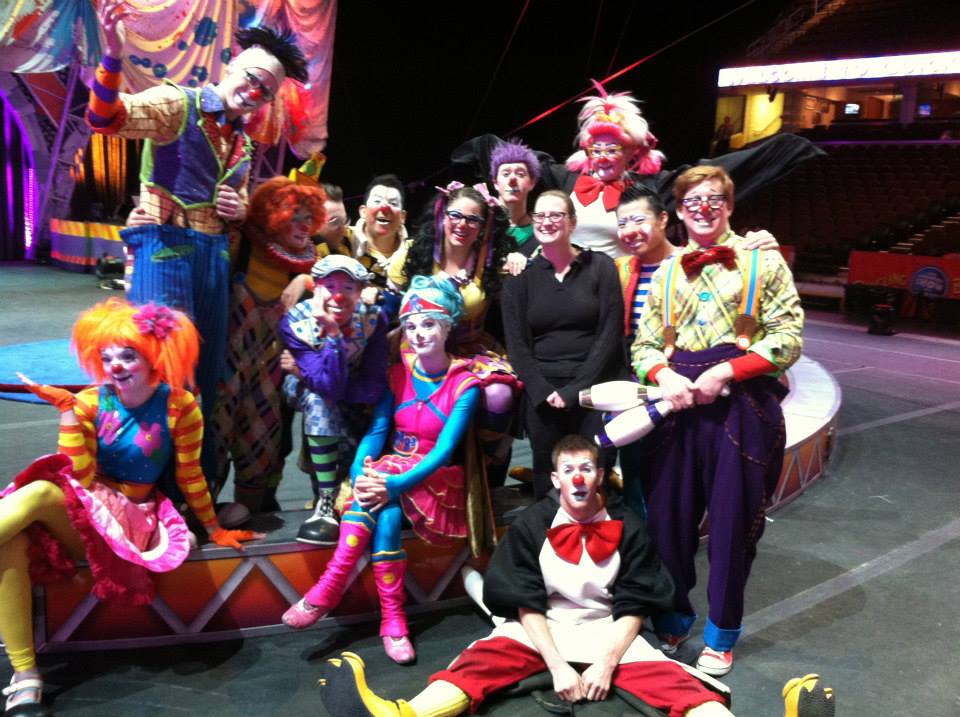 Mel from brokeGirlrich shares how COVID upended her career in the arts industry and how she was prepared, what she could have done better and how she is planning for the future.

My name is Mel and I blog about my life and finances over at brokeGIRLrich. I’ve had a pretty untraditional career as a touring stage manager that has gone way better than I expected it to when I decided to major in theatre in college and everyone told me I was going to starve to death.

I’m one of those lucky millennials who finished up college right as the Great Recession hit, but I lucked out and bypassed that sucker by getting a job on cruise ship and spending the next five years floating around the world and stage managing at sea.

By the time I left the cruise line, America had largely rebounded from the Recession and I joined the circus for the first time. I lived on a train and wandered America on the rails, stage managing for the them.

Essentially, for the last fifteen years, I’ve managed to beat the odds due to a combination of good luck (especially getting my foot in the door with that first job) and hard work. I’m very good at what I do, but so are some others who haven’t been as lucky.

I even thought I had dodged COVID decimating the arts industry (because, to be clear, it absolutely has – no matter how many random digital events you see offered or the fact that Hamilton came out on Disney+ – the arts industry doesn’t really exist right now). In January, I accepted a job teaching stage and production management at a state university.

As almost every single person I’d ever worked with lost their jobs over a two weeks span in March, I was secure in my little teaching job until June. And I had been offered a five year contract if this first contract went well back in January when I started the job.

Well, fun story, COVID has also done a number on higher education, and my school faced massive budget cuts and layoffs. It’s not so surprising that the last budget line added to the arts department was the first cut. I was also the only one with a contract renewal coming up in June.

While I got a three month reprieve, I’m now in the same boat as so many others who built their lives around a career in the arts.

But what does this really have to do with personal finance?

Well… everything. Every gosh darn thing. 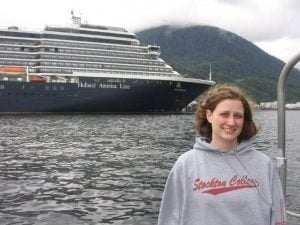 Smart Money Moves From the Past That Are Helping Me Now

To begin with, I’ve been really fortunate that I am good at personal finance and I have been a borderline-neurotic saver my whole career.

I also have zero debt because when I finished grad school $30,000 in debt, I lucked out and got a few jobs that provided housing (cruise ships, trains) and double down on getting rid of that sucker.

I would be having a nervous breakdown right now over the state of my entire industry if I had large debt payments hanging over my head (and I am so, so sorry and empathetic if you do).

I was lucky to get those jobs, but I also missed pretty much every family event for the better part of a decade working them and for the two and a half years I was paying off debt specifically, I lived like a miser. If I could go back, I’d spend a few more months paying off the debt and be a little less miserable, but hindsight is 20/20, and the debt is gone, so overall – worth it.

I can understand why most (sane) people wouldn’t want to take that approach, but it is the path I took and right now I’m awfully grateful younger me forced that misery upon me.

Then after I got out of debt, I focused on shoring up my emergency savings, taking the slow and steady path of $500  $1,000  to a month of expenses  six months of expenses. I’ve slowly been adding to it now to try to get it up to a year, but I suspect achieving that goal is a few years off.

Some might find that overkill (though maybe not right now actually), and a lot of people tried to talk me down from that goal, but again, personal finance is personal and I feel better working in an unreliable (though never before this unreliable) industry with a large cash cushion.

I was also hoping to buy a house this year, so I while I would be heartbroken to have to spend my down payment, it is sitting there in the bank, unused because… no job. So mortgage brokers want nothing to do with me right now. Sigh.

If I could hand out on piece of advice to those of you still working, if you can start doing anything to save now, do it. It took me 8,000,000 baby steps to get to solid financial ground (or about 7 years), but it is a good place to be.

Despite those minimal years of paying rent, as the pandemic hit, I was living in an apartment down in South Jersey, with a lease set to expire two weeks after my last paycheck.

I made responsible choice number one, I moved back in with my dad instead of renewing my lease. I am incredibly lucky he was willing to take me in and I’m really grateful. I am also going super stir crazy and feel like the world’s biggest loser living at home at 36.

Which is ridiculous, because if anyone else told me they were doing the same thing, I would not think that about them. I’d be like, “you do you, boo.” And I would know how rough it can feel moving back home and be fairly impressed they made the smart decision, even if it’s hard.

I think it hits extra hard right now because this was supposed to be BUY A HOUSE year. But 2020 laughed right in the face of that plan.

However, my rent was $1295 a month, with an additional $100-150 in utilities, and with nothing coming in until… who knows… that just seemed crazy.

Instead I pitch in here with chores, taking care of the dog, and buying groceries. I also think my dad is a little lonely since my mom passed away, so while the inner teenager buried deep in me rages over being home again, I try to remind myself this is kind of a nice opportunity to be together again for a while, and how many more times in life is this likely to happen?

(She screams hopefully into the void.)

Smart choice number two was that I also upped my savings starting in March when the proverbially poop hit the fan. And I even doubled down on that by April, when I started hearing the budget issue rumblings at the university.

Smart money choice number three was that I scaled back on every expense I had and reevaluated my bare bones budget. Thanks to moving back in with my dad and a strong cash reserve, I don’t have to live at quite the barest of bones budget, but I am aware the less I spend the more flexibility I have in deciding what comes next.

I started looking into what other theater folks have been doing since their lives fell apart and that has been an interesting journey too.

There seems to be a near endless supply of lectures, webinars, podcasts, and YouTubers coming out of this pause (stage managers don’t stand still very well). It actually feels a little overwhelming at times, like, am I expected to be on top of all this new knowledge when the great pause ends?

All of that is great, and I do love what I’ve been able to learn for free or next to free, but it doesn’t make any money.

I also started to notice all the theater productions going online and thought that was probably a useful skill to learn. I don’t know if you’ve sat through any. I find them a little… rough. A former co-worker generalized most of them as “bad TV” which does feel largely accurate.

However, they are a really useful tool for students. A lot of the same skills you learn in school can still be applied in these digital productions. So I figured a lot of schools and universities might be looking for stage managers skilled in these types of productions.

I partnered with a friend’s theater company and did two free shows for them so I could learn the ropes. The financial payoff for this idea so far has been about $75, but I didn’t expect much from it until schools start up again.

Hopeful Plans for the Future

I don’t expect theaters to start reopening until next summer, despite a very small number beginning to reopen right now.

I don’t expect my industry to be back to running at full capacity for 2-3 years. A lot of theater companies closed forever due to COVID. My previous work history included two gigantic companies that I always thought I’d be able to go back to if I really had to – Feld Entertainment and Cirque du Soleil.

Cirque has gone bankrupt, and Feld has laid off 95% of its workers and shut down all their shows except Monster Jam (not to mention closing the show I actually worked on 3 years ago). There goes that backup plan.

I’ve also worked over hire for several theater companies near where I live (over hire is when they put you on a list and only call if the theater needs a larger crew than their regular staff). That always got me through any downtimes stage managing easily, but that backup plan is also gone now.

Part of me would love to get involved with digital events. I’ve been applying to every opening I see, but I suspect every other unemployed theater person is as well and the competition has been fierce.

Another part of me is considering leaving the industry altogether, but to what? I don’t know. I studied theater in college, and worked in it professionally for sixteen years.

So I’m at a weird time in my life.

I’m incredibly lucky to be financially stable enough to not have to choose this second, and I feel some intense analysis paralysis about it all right now. However, I do have to start moving again eventually.

In the meantime, I’m piecing together a weird little life of side hustles like UserTesting, selling things on eBay, a tiny bit of that over hire work doing maintenance in some of the theaters, and working on my blog.

And keeping my fingers crossed for a successful vaccine sometime before the end of 2025.

Mel is a stage manager who blogs at brokeGIRLrich, a website about finances and the arts, where she writes about her own wins and losses on her personal journey to hopefully retire someday to somewhere a little fancier than a cardboard box. She has been a stage manager for sixteen years and a personal finance blogger for seven – hopefully keeping the two combined will help her break the starving artist myth.