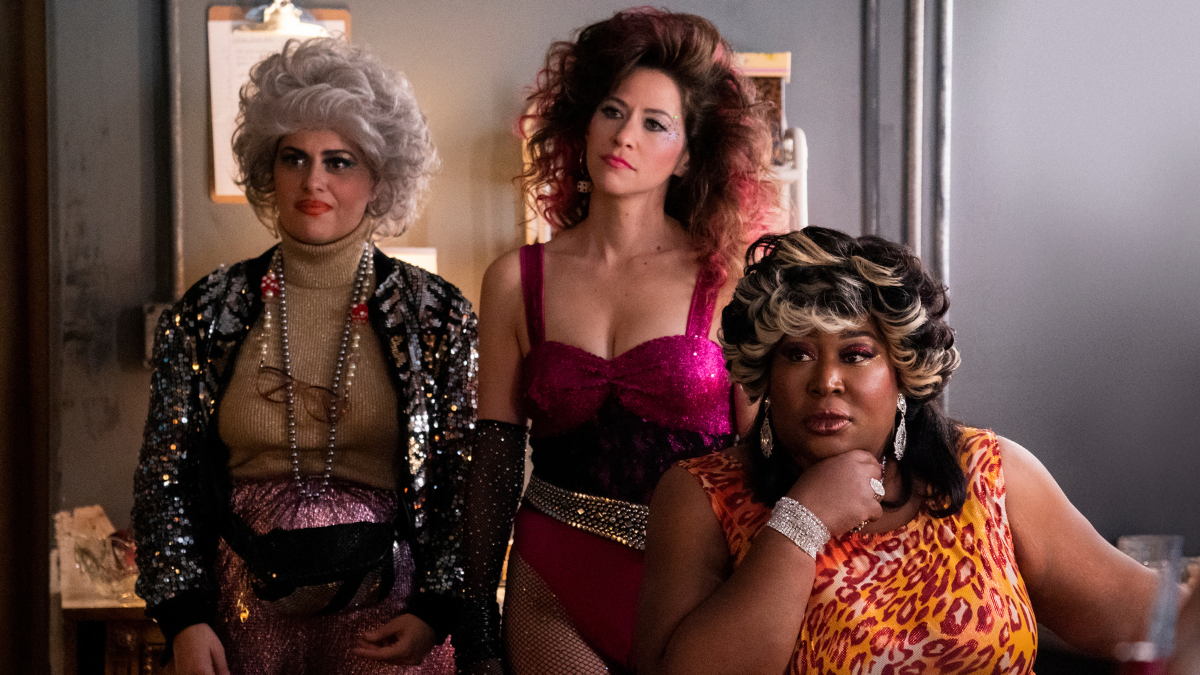 When you’re favorite TV shows get canceled, it is so disappointing! It is even worse when the cancellation is unfair and when the show has so much potential to continue further.

Recently, someone asked, “What’s the best TV show that got unfairly canceled?”

“Don’t Trust the B**** in Apartment 23 was a gem ahead of its time, “responded one person, “It’d fit right in with the scope of Broad City, Working Moms, Dead to Me, etc, but premiering in 2012 was really its only fault. The premise was relatable and broad enough to sustain a sitcom with delightful performances by the cast. Krysten Ritter especially shined as Chloe, she acted between depraved and capable of growth, and the writers were able to consistently ride the line between zany absurdism and pathos well. Also, James van der Beek as a parody of himself is hilarious and didn’t get stale, as I assumed it would.”

A person explained why this cancellation was so upsetting, “Amazing show with incredible actors as well as great puppet based aliens (Jim Henson company). They thought they had another season so they ended on a huge cliffhanger. Then, Sci-Fi channel decided “we’re not going to do space stuff anymore despite our name being Sci-fi” (this was before their stupid Sy-fy rebrand). So it was cancelled.

The fans protested, but Sci-fi persisted for awhile. They finally relented and approved a miniseries to tie everything up. Unfortunately, sets had already been scrapped so they needed to restore everything and the vocal modulations that were used to create Pilot’s voice had been lost and needed to be recreated.

More importantly, the show runners had a plan for the entire series. It would have spanned (IIRC) 3 more seasons so they needed to compress 3 seasons’ worth of show into the equivalent of 4 episodes. The result wasn’t horrible, but definitely wasn’t up to Farscape’s usual standards.”

“It got cancelled (twice!) despite being well-written and having an incredible cast, so it only lasted a season and a half. I just don’t think America was ready for that dark of a show back then, but now (especially now) the whole can’t-trust-the-government and new-civil-war themes would be ratings gold” responded a Redditor.

“Everyone I’ve shown this to falls in love with it,” said one person “When they find out it ends on a massive S2 cliffhanger, they’re heartbroken. I will never get over Hap’s final line. Ugh!”

“Better off Ted!!” said one person,  “I was waiting for this one. It’s the perfect comfort show. It perfectly encapsulates the nostalgic feeling I have for the 00s. It could have had many many many more seasons.”

“I don’t know that it’s the best but 8 Simple Rules had a ton of potential,” someone said.

“It was honestly just another mediocre family sitcom but still had a ton of talent with John Ritter, Katey Sagal and Kaley Cuoco so you’d think you can do something with that. Then Ritter died and the entire show just lost it’s direction when it could’ve been more. A show about a single mom raising three kids on her own has potential I would think and the single mom is sympathetic in this case as she’s a widow. It’s not a Murphy Brown situation. But they brought in other main characters who were just complete duds. You got her dad who just randomly moved in and was just there to be the butt of old people jokes and her nephew who was just a useless layabout and also contributed nothing to the show. They had what could’ve been a great concept and threw it away.”

“Rubicon on AMC” someone else voted. “Way, way ahead of its time, and essentially laid the foundation for a number of shows down the line. One of its characters was so good, they brought the actor back to essentially play the same role on Mr. Robot years later, where he proves just how much potential there was.

The writing was phenomenal, cerebral, and the characters compelling; but many of its ideas and themes were probably too ahead of their time in their accurate representation of the corrupt ties between American government and private industry.”

“I know they made a movie later on but the show ended just a few years before the town of Deadwood literally burnt down (timeline-wise). A final season, ending with cleansing fire would have been the perfect wrap-up,” said a Redditor.

“I’m pretty bummed we didn’t get the last season of GLOW. They started filming it and everything,” said one person. “Absolutely devastated. I had just caught up when Covid happened and it was announced to be cancelled. Such a good cast, with well written motivations and big character arcs,” added another.

One person responded, “I will forever be mad that the world I live in is one where Riverdale has more than three seasons but Pushing Daises was basically smothered in the crib”. Another person added, “This one made me livid. The writer’s strike was the nail in the coffin. But they also tried to change the whole tone of the show in season two and it took away a lot of the show’s charm.

I really, really wanted to see what was going to happen once Oscar (played so well by Paul Reubens) figured out why Chuck smelled like death. But his character and a bunch of others just vanished in the second season.”

Which TV Shows Do You Think Were Unfairly Canceled?

We hope you enjoyed this Reddit picks list of examples of movies or shows on Netflix that were highly recommended and turned out terrible.  Did they get it right, or did you do something on this list?

Also, check out these fantastic Netflix shows no one seems to watch.