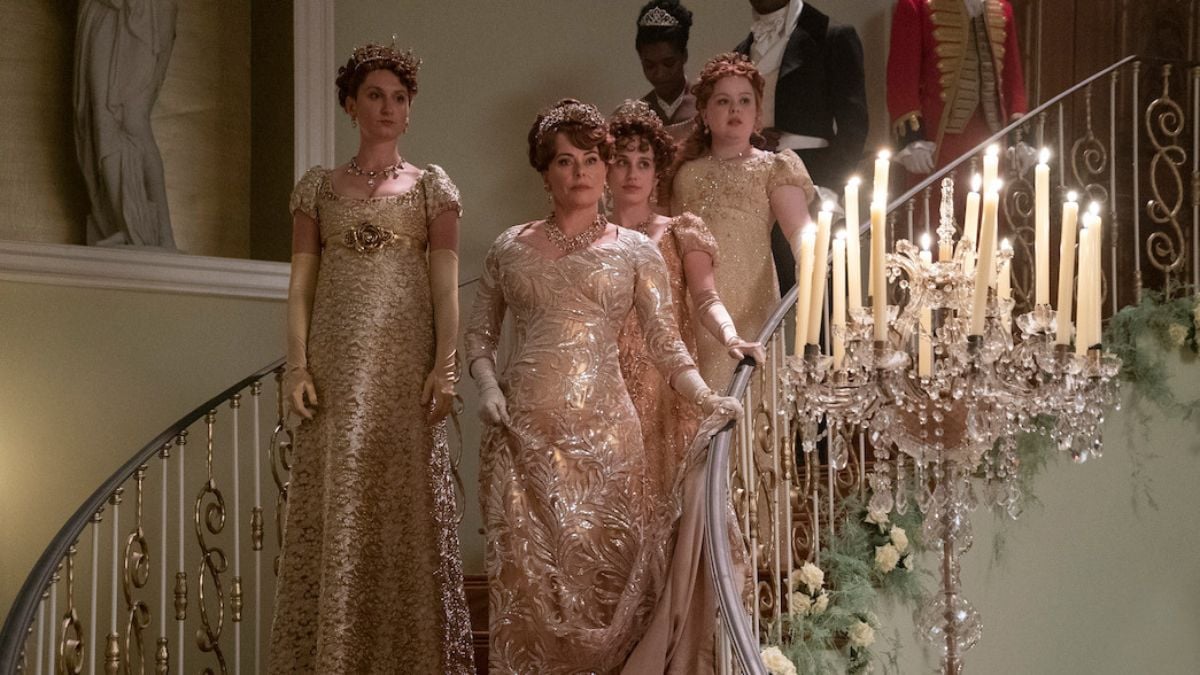 Nicola Coughlan, who plays Penelope Featherington in the hit show Brigderton, took to Instagram to share one of the hazards of working on Netflix’s hit TV show.

Bridgerton takes place during the Regency period, and the characters wear period dresses. Simone Ashley, who plays Kate Sharma, shared about the dangers of wearing a corset. She said,  “I think I tore my shoulder at one point!” (Insider)

But now, Nicola is sharing yet another painful part of filming Bridgerton.

In a story posted on Friday she took a picture of herself and wrote: “And so… The Bridgertan* returns… the sunburn you get from wearing a regency dress”.

Although the post is no longer on her timeline, we have devoted fans who screenshotted the photo and saved it for us!

While I am sure Nicola wears sunscreen when filming outdoors her very light skin makes her even more susceptible to sunburns.

Bridgerton Season 3 Is Officially In Production!