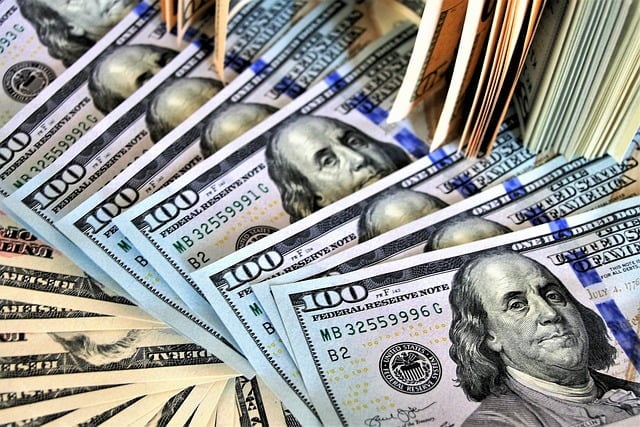 We all know that the secret to getting insanely rich is to accumulate assets and avoid liabilities. The tricky part is knowing in advance which asset gets us there faster.

Before the technology boom, some may have picked San Francisco Real Estate and gone all-in, enabling them now to do a Cash-Out Refinance.

Others may have picked a relatively new asset like Bitcoin before the meteoric rise.

There are several success stories involving real estate, collectibles, and other assets that are not liquid or do not have a large trading market. Most of them involve a one-time buying decision and then a long holding period.

It is rare to consistently beat the market by trading over a long period, predominantly liquid markets such as stocks or commodities.

What if you could invest in a fund that had compounded annually at the rate of 63.3% over the last 30 years?

Welcome to the secretive world of Renaissance Technologies and the Medallion fund.

Jim Simons founded Renaissance Technologies, a former Cold war code breaker and a famous mathematician. He is known in the scientific community for co-developing the Chern–Simons theory. Simons also received the Oswald Veblen Prize of the American Mathematical Society, which is geometry’s highest honor.

In 1988, the firm established the Flagship Medallion Fund.

What Is the Medallion Fund?

Simons and algebraist James Ax started a hedge fund and named it Medallion in honor of the math awards that they had won. The Medallion fund used mathematical models to explore correlations from which they could profit.

In 1988, Simons had decided to base the company’s trades entirely on the models. However, by April 1989, peak-to-trough losses had amounted to about 30%.

Simons turned to Elwyn Berlekamp, a mathematics professor from UC Berkeley, to overhaul the trading system. Berlekamp was instrumental in evolving trading to shorter-dated, pure systems driven decision-making. Initially, the focus was on bonds, commodities, and currencies.

In 1993, Simons hired Bob Mercer and Peter Brown, who were working on speech recognition and machine translation at IBM research. This partnership proved highly successful as they cracked the equities market. For the fund to grow, many more assets were required. Equities had proven difficult for the Renaissance team to break. The addition of equities allowed the Medallion fund to scale to thousands of assets.

The performance of the Medallion fund has astounded everyone. If you had invested ,000 in the Medallion Fund, after 30 years, you would now have $20 million (after fees). To put these numbers into perspective, a similar amount invested in the S&P 500 would be $20,000. And if you invested in Berkshire Hathaway, it would have grown to only $100,000.

No one in the investment world comes close to Jim Simons and his flagship Medallion fund. Warren Buffett, George Soros, Peter Lynch, Steve Cohen, and Ray Dalio all fall short.

Bradford Cornell analyzed the Medallion Fund and published a brief paper in the Journal Of Portfolio Management. He considered the Medallion fund as the ultimate challenge to the efficient market hypothesis.

“The performance of Renaissance Technologies’ Medallion fund is like I saw a T. Rex in my backyard. I just don’t get it.” -Bradford Cornell, Professor Emeritus UCLA

Furthermore, during the entire 31-year period, Medallion never had a negative return despite the dotcom crash and the financial crisis. Despite this remarkable performance, the fund’s market beta and factor loadings were all negative. So the Medallion Fund performance cannot be interpreted as a premium for risk-bearing.

To date, there is no adequate rational market explanation for this performance.

How Does Medallion Fund Work?

The Medallion fund embodies the “will robots take my job” sentiment prevalent on Wall Street.

Since the early days, Renaissance has been collecting and curating vast data archives of everything. From economic metrics to the weather to trading sentiment and a million other variables. The interaction between these data sets and the direction of the security movement forms the base of their secret sauce.

Medallion’s strategy involves holding thousands of short-term positions, both long and short, at any given time. The fund makes high-frequency trades but has also held positions for up to one or two weeks.

The Medallion Fund has employed mathematical models to analyze and execute trades, many of them automated. The firm uses computer-based models to predict price changes. These models are based on analyzing as much data as can be gathered, then looking for non-random movements to make predictions.

The trades are made using a lot of leverage, which amplifies the gains. The only challenge with using leverage in trading is to manage risks appropriately. I believe Real Estate is still the best way to obtain a leveraged return without margin calls, as long as you know how to evaluate real estate deals.

Depending on the conditions spewed out by the model, the size of the trade varies. That is an essential factor to note because I have personally made many bad investments. Keeping the position size of my trades as a fraction of my Net worth; ensured that my four worst investments did not ruin me.

Robert Mercer, the former co-chief executive of Renaissance Technologies, allegedly told a friend that Medallion was right 50.75 percent of the time when it came to its millions of trades. “You can make billions that way, doing potentially hundreds of thousands or millions of trades. Even a small amount of profitability per trade turns out to be a big amount.”

That is similar to how a Casino makes profits. The house has a slight edge, and over some time, the volume of money adds up.

How Big Is Medallion fund?

The Medallion fund manages roughly $10 billion in assets. The secret to their outperformance also lies in the fund size. They have never let the fund get too big. Whatever profit they make is paid out. That enables the firm to stay small and nimble.

How Do I Invest in the Medallion fund?

If you are wondering how to invest in the Medallion Fund, the bad news is that you can’t.

The Medallion fund has been closed to outside investors since 1993. It is available only to current and past employees of Renaissance Technologies and their families.

Working at Renaissance Technologies only for the ability to invest in the Medallion Fund; is the ultimate example of improving human capital to accelerate Financial Freedom. The firm bought out the last investor in the Medallion fund in 2005, and the investor community has not seen its returns since then.

By 2012 Renaissance was granted a special exemption by the United States Labor Department, allowing employees to invest their retirement money in Medallion Fund, arguing that Medallion had consistently outperformed their old 401(k) plan. Imagine the tax free growth of all the pre-tax contributions!

Simons told a New York conference last month that the company has almost no turnover among its 300 or so employees, many of whom are based on a 50-acre campus near Stony Brook University on Long Island, where Simons formerly headed the mathematics department.

Performance Of Other Renaissance Technologies Funds

While the pandemic caught everyone by surprise and even humbled Warren Buffet into selling his airline stocks at a loss, the Medallion Fund continued its outperformance. It gained 10% in March and 39% (before fees) through mid-April.

However, the other Renaissance Technology funds open to the public have not fared as well.

The Medallion fund employs a short-term, quantitative trading strategy across many asset classes. These include global equities, futures, commodities, and currencies. It also tends to have high turnover and significant leverage.

The Renaissance Institutional Diversified Global Equities (RIDGE) Fund trades equities and derivatives. It seeks to be market neutral by maintaining low levels of beta, or exposure to the broader market.

The lackluster performance of other Renaissance Technology funds could be due to the different strategies.

It is possible to beat index investing even over the long term. But it is such a rare occurrence that research papers and entire books are written about it.

Medallion Fund has had outsized performance, but would it continue is something no one knows.

Since the Medallion Fund is out of reach, I have decided to embark on Moonshot Investing. That is an asymmetric risk strategy where a portion of my Net Worth is invested in companies that, I believe, will outperform the broader markets over time. Instead of going all in, I dollar cost average to reduce my price entry and risk.

Dollar-cost averaging executes purchases weekly or more frequently as desired. I also exit positions once particular securities have an outsized gain in a short period.

John came from a third world country to the US with only $1,000, not knowing anyone, guided by an immigrant dream. In 12 years, he achieved his retirement number. He started Financial Freedom Countdown to help everyone think differently about their financial challenges and live their best lives. He resides in the San Francisco Bay Area, enjoying nature trails and weight training.