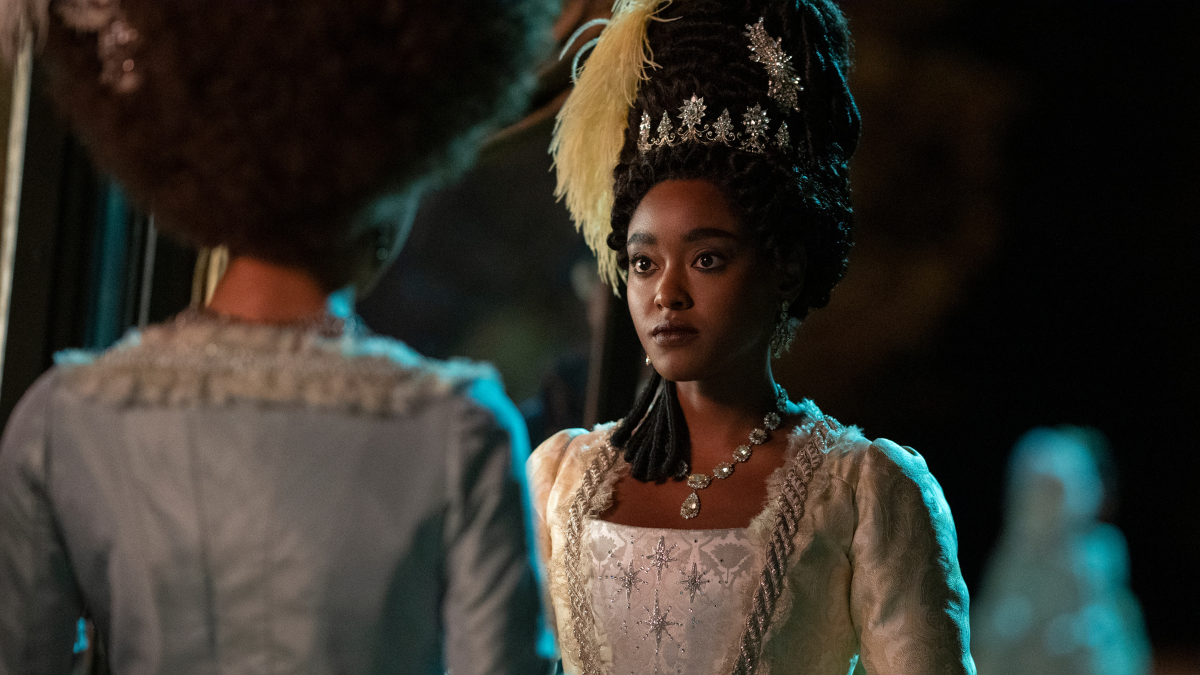 Netflix and Shondaland released a new photo of Arsema Thomas as Young Lady Danbury in “Queen Charlotte: A Bridgerton Story.”

In an Instagram post, Shondaland shared the stunning picture of Young Lady Danbury looking as regal as ever, with the caption, “This is the year you find friends who fix your crown. Introducing @arsemathomas as Young Lady Danbury in #QueenCharlotte: A Bridgerton Story. Coming to @netflix in 2023”.

Centered on Queen Charlotte’s rise to prominence and power, this Bridgerton-verse prequel tells the story of how the young Queen’s marriage to King George sparked both a great love story and a societal shift, creating the world of the Ton inherited by the characters in Bridgerton.

According to the official show synopsis, Arsema Thomas plays Young Agatha Danbury: Under the thumb of a much older husband, Agatha uses Charlotte’s arrival to find her own way into society. With the keen knowledge of the once-divided social scene and the intricacies of marriage, Agatha becomes a guiding light for the new Queen, all while finding her own voice and power we’ll soon recognize as Bridgerton’s iconic Lady Danbury.

Viewers may be wondering where they have seen Arsema Thomas before, and the answer is: nowhere! This is Arsema Thomas’s television debut.

Arsema Thomas comes fresh out of her final year at LAMDA into this exciting leading role. With a background in academia (she is a graduate of both Yale and Carnegie Mellon) and a childhood spent in sub-Saharan Africa, Thomas is of Nigerian & Ethiopian descent.

Earlier this year, Queen Charlotte released a first look at India Amarteifio as Queen Charlotte and a clip featuring the first encounter between the soon-to-be Queen and her then-fiancee, King George (played by Corey Mylchreest).

Netflix has not set a date for the show’s release or for the highly-anticipated third season of Bridgerton, but they have indicated that it will be released sometime in 2023.