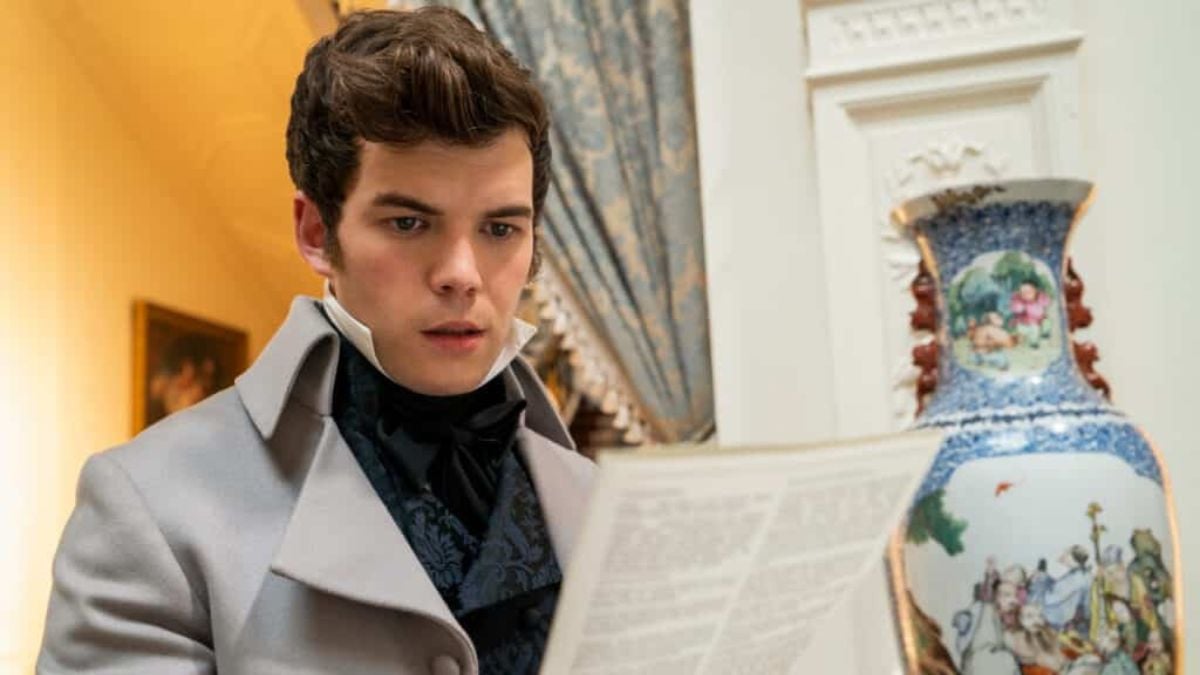 When Nicola Coughlan, who plays Penelope Featherington in Bridgerton, posted a story on Instagram using a mirror emoji, her fans went wild.

The post, which was posted as a story, has since been deleted. Still, the mirror emoji and theme keep on coming up in fan posts, especially related to Bridgerton Season 3, which will feature Colin Bridgerton and Penelope Featherington’s love story.

In fact, when Entertainment Tonight asked Nicola Coughlan what fans can expect from Season 3, she only had one word to say: “Mirror.”

What does this all mean? What are fans hoping to see in Season 3?

Well, the mirror references a line by Colin Bridegrton in the 4th book of the Bridgerton book series, Romancing Mr. Bridgerton.

In the scene, Colin and Penelope are together, and “His lips found her ear and his voice dropped to a whisper. “And I want to do it in front of a mirror.”

Fans eagerly look forward to seeing this play out on the screen in whatever form it takes.

Of course, we don’t know what exactly will we see in Season 3 or if we will see this at all, but Nicola has certainly been dropping hints!

Bridgerton Season 3 Is Officially In Production!