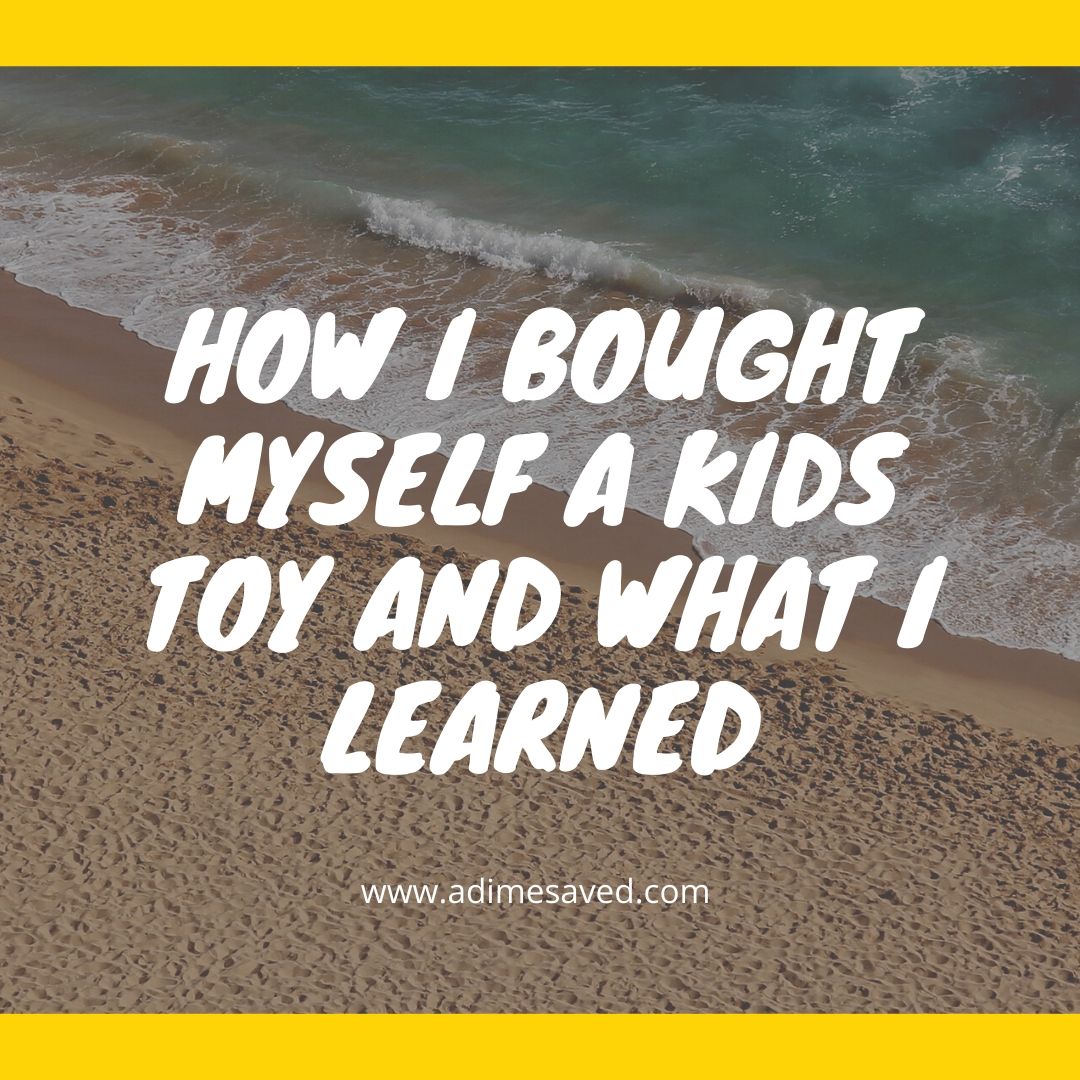 So our vacation was pretty awesome!

We got to our Airbnb, and after we set down our stuff, we headed straight to the beach. We had brought some sand toys for our kids to play with, but as soon as we got to the crowded beach we noticed that most of the kids in the water had various inner tubes to play with in the water. We hadn’t brought anything for them to play with IN the water- just for outside the water.

My son, pointing to a bright purple inner tube, asked, “What is that kid playing with?” We responded that it’s a fun thing to float with in the water. My other son, “We don’t have anything to play with in the water.” I looked at my husband, and my heart sank. I saw on his face that he was thinking the same thing.

We felt so bad that our kids were in the water with all these other kids who had so much fun with their floating toys. We put a bright face on and played in the water and on the beach- we don’t need stuff to have fun!!

The next day we hung out in the pool and then decided to head to the beach again. After a hurried consultation with DH, we decided to find a store to buy the kid’s inner tubes so there wouldn’t be a repeat of the previous day.

If the tubes were affordable, say under $20, we would buy one, so our kids wouldn’t have to stare longingly at other kid’s toys the whole day. We both grew up in large families, and there wasn’t money for “extras.” So many times in my childhood, I had gone without those small extras, and I was determined that for this vacation, at least, my kids would have even this small thing.

We live frugally because we have to and because we consider saving for our future and staying away from any debt to be a priority, and there are many times I feel so bad for my kids. We don’t do so many things that other people do, and even though they are still young, I wonder if they ever feel the pinch and feel bad or even resent us for not having a lot of money.

We didn’t want to spend any more money on this vacation than we had to, but we decided to buy these tubes or some floaty toy. We stopped at a small store on the way to the beach, and I jumped out without telling my kids what I was getting.

I ran inside and saw these fun inner tubes with a unicorn head attached for only $6. I immediately grabbed 2! Not only would my kids have fun toys, but they wouldn’t even need to share! I could barely contain my excitement as I paid and headed back to the car. The kids would be so psyched, it would be a great surprise for them!

I reached the car and casually handed them each the box, “I bought you each something,” I said and grinned at my husband. We stared at them excitedly as they looked at it. Their response was… well, underwhelming, to say the least.

“Yes!!!” we practically screamed, “We bought these for you so when we go in the water today.”

“But did we bring the sand toys?”

Their excitement was palpable… not.

As we realized that they were supremely uninterested, I began to look at the whole incident with different eyes. Maybe the trip to the beach hadn’t gone as I thought it had?

Could it be that it wasn’t the kids who were jealous of the other kids, but for me?

Was I projecting my disappointment on my children?

Was it possible that I was the one giving longing looks at the fun of the inner tubes, not them?

Was it possible that the “game face” I had put on was totally and completely unnecessary, and my kids were enjoying themselves perfectly fine?

Was I projecting my own insecurities about what I can and cannot buy and giving my children things that I assumed they wanted instead of things they actually wanted?

Is it possible that maybe my kids don’t feel as deprived as I think they do? Click To Tweet

Maybe I should have actually spoken to my kids and found out what they wanted instead of trying to play the mother of year to them?

Did I actually go and spend money to make myself feel like a “fun” mother instead of finding out if my kids wanted inner tubes? If I wanted to treat them, maybe they would have wanted something else? 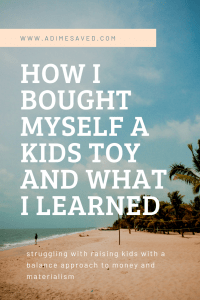 The money I spent wasn’t really the point, thankfully it was only $12, and although it’s not returnable, I’m sure that we will eventually get some use out of them (maybe next year!). The incident really got me thinking about the things I buy for my kids and why I buy them.

I’m not sure exactly what the answer to all these questions is. These are questions that I am assuming most parents grapple with as we want to give our kids the world, not spoil them, well maybe a little, but not enough to ruin them.

What are some of the issues you face when buying things for your kids? Am I the only one who feels this way? Tell me I’m not alone!