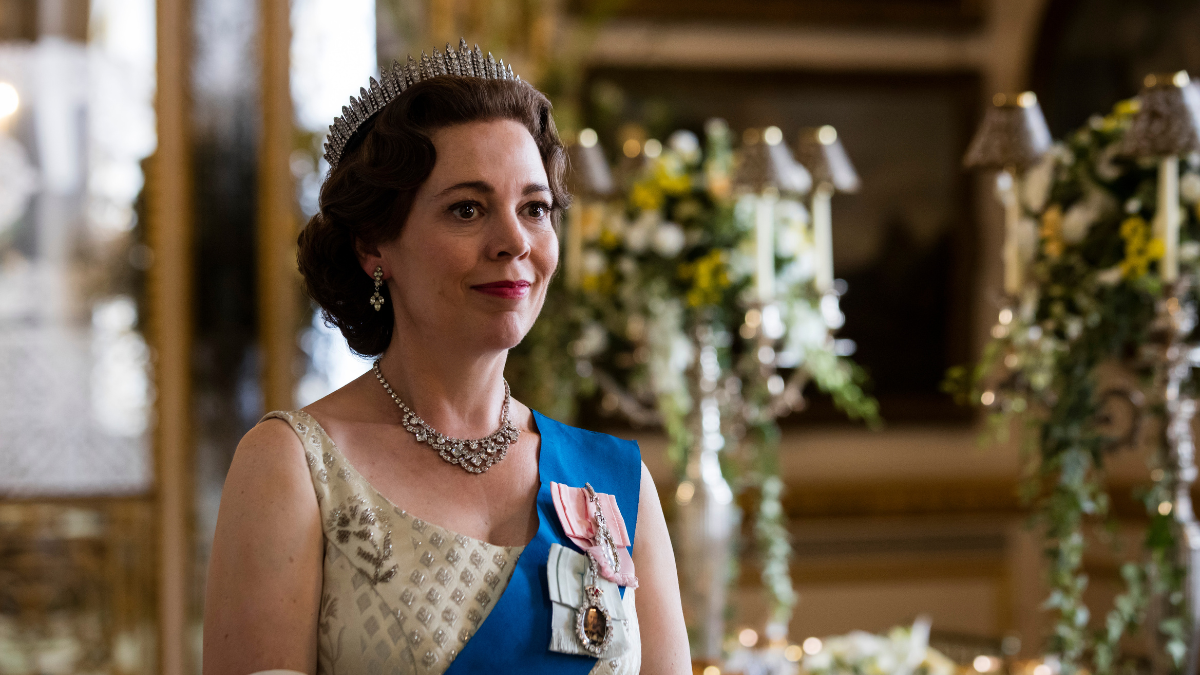 Queen Elizabeth II was Queen of the United Kingdom from 1952-2022. Her reign of over 70 years makes her the longest-serving British monarch.

After years of devoted service to her country and The Crown, she died in September 2022.

As many mourn her life, here are movies (and one TV Show) that depicted Queen Elizabeth in various stages of her life. Besides the numerous documentaries that describe her life and work, here are some fictional movies and shows that either feature or show Queen Elizabeth.

The Crown is the most extensive fictional work about Queen Elizabeth II’s life. Starting with her marriage to Prince Phillip, The Crown explores how Elizabeth goes from Princess to Queen and how she balances her duty to the country with her needs as a person, wife, and mother. The show currently has four seasons, ending with the beginning of the end of Prince Charles’s marriage to Princess Diana. The fifth season is currently scheduled to be aired in 2022.

Helen Mirren once again plays Queen Elizabeth II in this play which was performed on The West End and Broadway. A film was made of the production for those at home to enjoy. The play focuses on The Queen’s weekly audiences with her Prime Ministers at Buckingham Palace. These meetings are private, so the play’s contents are heavily imagined. From Winston Churchill to David Cameron, The Audience imagines a series of pivotal meetings between the Queen and her Prime Ministers.

This movie shows the struggle of Diana, Princess of Wales, towards the end of her marriage to Prince Charles, as she struggles with her duties as a princess, her failing marriage, and her eating disorder. The Queen has a minor part in the movie, mainly showing Diana’s perspective and story, but it is still worth watching.

Again. this movie shows very little of Queen Elizabeth, as the story revolves around her father, King George. However, a young Queen Elizabeth does make an appearance in the story and this movie, besides being a great watch and a  superb film, is a perfect prequel to the TV Show, The Crown.

A Royal Night Out

Although all the previous films and shows are fiction and based on actual events, this film is very fictitious and is in no way attempting to be biographical. Instead, the film follows Elizabeth and Margaret as they celebrated V.E. day in 1945. After the slip away from their Royal Protection Officers, they experience excitement, drama, and romance.

This dramatized re-imagining of key events in Queen Elizabeth’s life has five different actresses playing Queen Elizabeth, all at different times of her life. Some of the major events that feature in the movie are Princess Margaret’s engagement to a commoner, her disagreements with Prime Minister Margaret Thatcher and Prince Charles’s affair, and his subsequent marriage to Camilla Parker-Bowles.

More From A Dime Saved