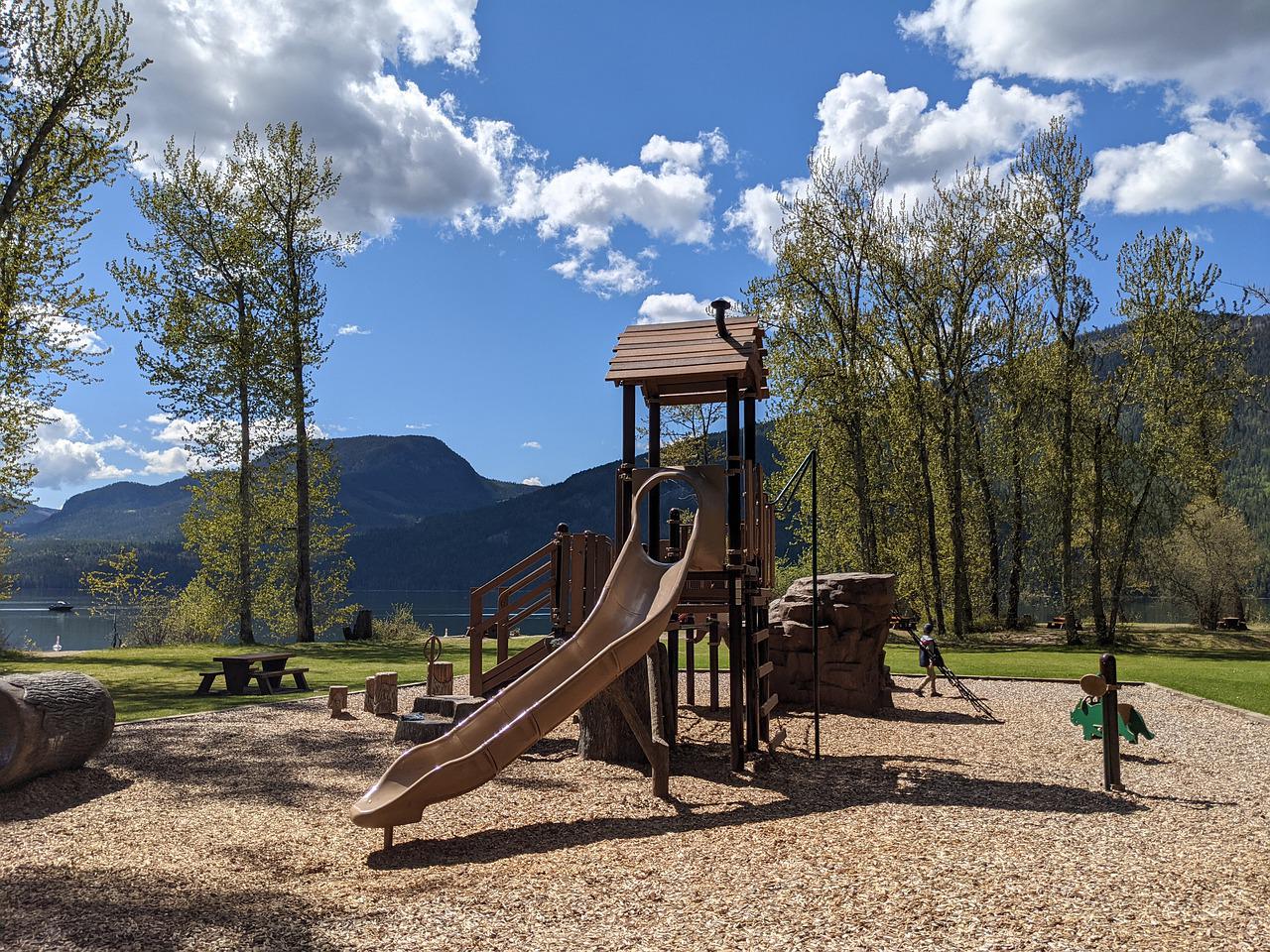 Afternoon in the park? Here are nine fun games to play at the park with kids.

An outing to the park can bring smiles, laughter, and anticipation for an afternoon of family fun. Not only can children enjoy a romp around the playground, but they will also reap plenty of benefits from the fresh air and sunshine.

We love going to the park, but my kids can get bored after a few minutes of playing. That is why it is always a great idea to have some fun games to play at the park so you can keep them outside a little longer.

Being outside is great for kids. Just 20 minutes in the sun can boost energy levels and provide everyone with a good dose of vitamin D – the natural way. Nature can indeed invigorate and nourish your soul. The key is to have fun while being outdoors. Playing games in the park is a great way to stimulate physical and mental activity while being outside.

So if you want to go to the park, check out these fun games that your children can play at the park.

9 Fun Games to Play at The Park With Kids

Because of the wide-open spaces that a park offers, it is a great place to bring an assortment of balls to toss, kick and throw. On the basketball courts, you can rouse up a friendly game of HORSE where participants take aim at the basket and compete for the best shots. Players take turns trying to make a basket. When the player makes a basket, the next player tries to mimic the same shot. If this player should miss the basket, they receive a letter (“H,” for example). Likewise, when a player spells out the word “horse,” that player is out.

A pick-up game of basketball, soccer, football, or kickball are all fun games to play at the park- grab a ball and have fun.

Four square is another fun game that you can play at the park. Many parks have four square courts sprayed in paint on the asphalt or concrete surfaces of the park. If yours does not, bring some sidewalk chalk and make your four-square court. Essentially, the four-square court is a large square divided into four equal boxes. If you are drawing your court with sidewalk chalk, a recommended size would be 5 feet x 5 feet.

Monkey in the Middle

You can play this game with a ball or a frisbee. First, players assemble in a circle, choosing one player to be the “monkey.” The players then toss a ball (or frisbee) back and forth across the circle to other players on the opposite side. Next, the “monkey” tries to intercept the ball. If the “monkey” succeeds in catching the ball, he joins the outer circle. The player who threw the ball (before it was intercepted) then becomes the “monkey” in the middle.

It’s an old-fashioned game that has been around for centuries. Likely a favorite from your childhood, your kids will enjoy a game of hopscotch at your local park. Chances are your park has several hopscotch courses already painted on the ground. If not, you can bring sidewalk chalk and draw your own. You can use stones or pennies to toss as “markers.” Take note, parents:  if you are playing this game with your kids, be aware that your balance may not be as steady as it used to be!

All you need to bring is a few water pistols (or super soakers) to the park, and get ready for a game of tag with a new, wet twist! Most parks and playgrounds have public water fountains or restroom facilities where you can easily get water. Being near water will conveniently allow players to “reload” their arsenal. This game is played just like regular tag, but players take aim and try to tag one another with squirts of water. Players that get wet are then “out” and can either exit the game or stand frozen in their position (as in freeze tag). The last player to get blasted with water wins.

This game may take a few minutes of pre-planning, but it is likely to be one of the favorite activities of the afternoon. To devise your scavenger hunt, first, consider the ages of your children. You may want to give each child a list of things to find, or if your kids are not yet able to read, include a list of pictures of items that you want them to search for. Some ideas to include on the search list are:

It also helps to come up with a prize for the scavenger hunt winner. The prize could be something simple. Perhaps the winner gets to decide where to go for ice cream at the end of the park outing. This prize makes a smooth exit strategy when it comes time to leave the park. Who would argue with going out for a scoop of their favorite flavor of ice cream to cap off a satisfying afternoon at the park?

Every Kind of Tag

Tag is the quintessential game for kids. Everyone knows how to play it, and everyone has fun. There are so many variations to the game of tag, and you can play all of them (not all at once!).

There you have it – a collection of children’s games and activities that you can enjoy while playing outdoors at your local park. Your children will have a great time playing these fun park games and will hopefully have some fantastic memories of these fun games!