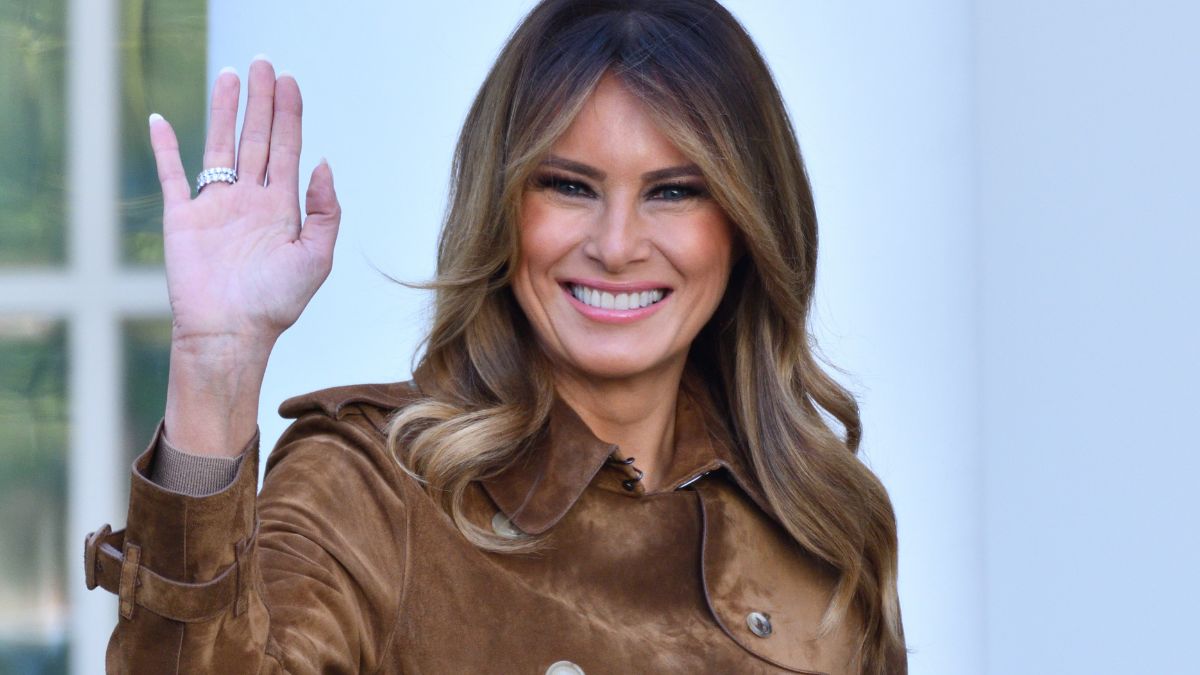 Compared to her lifestyle today, Melania came from modest beginnings. She was born in Novo Mesto, Yugoslavia. Her father worked as a car salesman, and her mother was an employee at a children’s apparel company.

Melania began commercial modeling when she was 16. She studied design and architecture at the University of Ljubljana, located in Slovenia. She dropped out after her freshman year to pursue modeling full-time.

She moved to New York City in 1996 and landed in magazines like GQ and Sports Illustrated. She met Donald Trump at a fashion event in NYC in 1998. They dated for several years and married in 2005.

When Trump was first elected to office, photos began surfacing of a photoshoot Melania did for Max magazine in 1996. Donald publicly defended his wife, saying, “Melania was one of the most successful models, and she did many photo shoots, including for covers and major magazines. [The Max photo] was a picture taken for a European magazine prior to my knowing Melania. In Europe, pictures like this are very fashionable and common.”

It is estimated that Melania receives between $100,000 and $1 million in royalties from her photos on Getty Images. She ensures that her photos are only used for positive purposes and makes sure that any usage of her photos to paint her and her husband or family in a negative light is immediately dealt with.

Melania also recently launched her own collection of NFTs. These pieces included a digital watercolor of her eyes, done by artist Marc-Antoine Coulon.