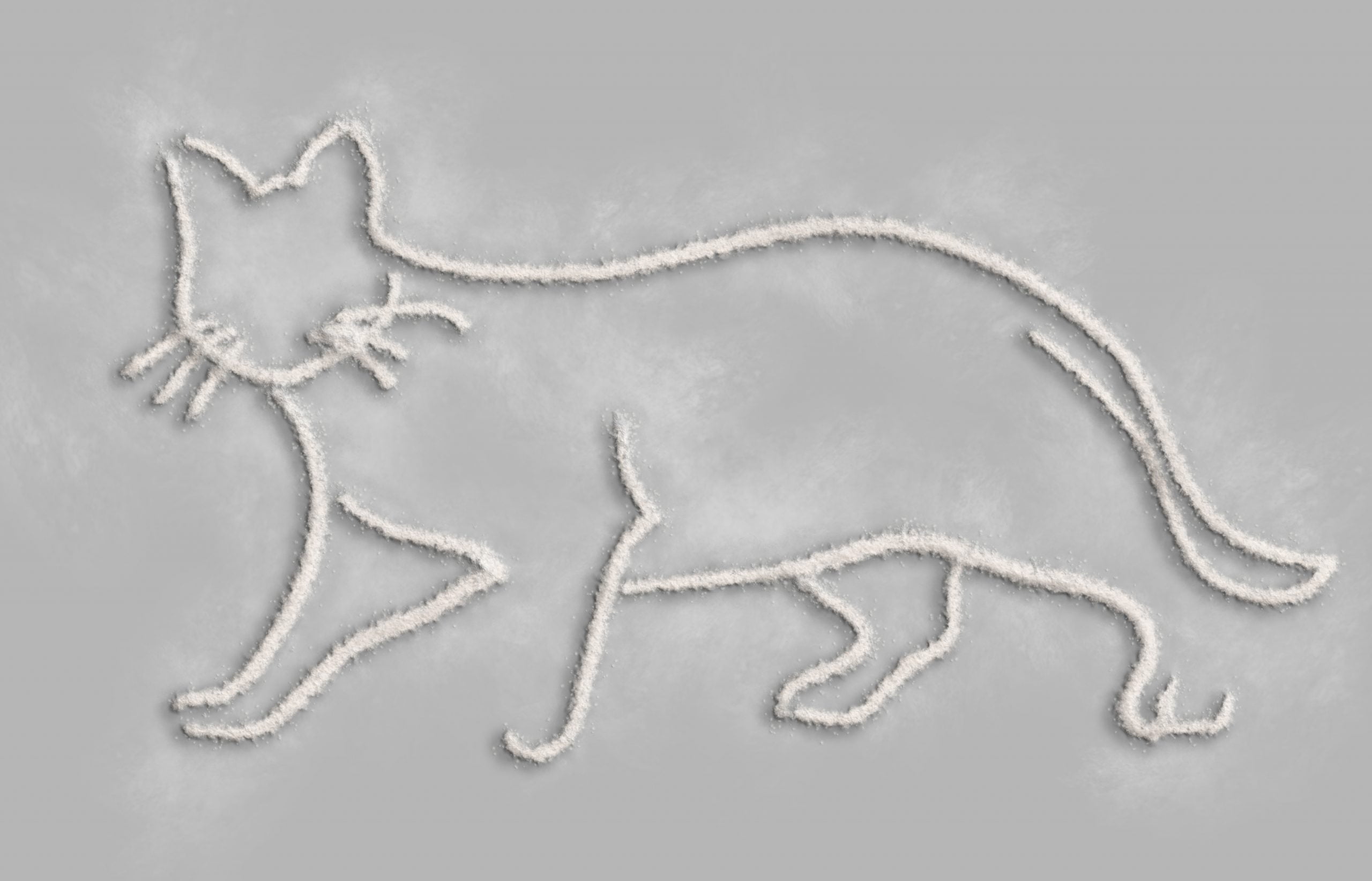 They say that what comes up must go down, but an equally true and less discussed phenomenon is that what goes down must come up. At least, sometimes.

The idea of a “dead cat bounce” might sound somewhat alarming, but as long as you hear it mentioned within the context of trading, it refers to a particular phenomenon in the stock market

The phrase comes from the idea that even dead cats will bounce if they fall from a high enough point. When asset prices reach high levels and then drop, they may recover temporarily — even though the asset is ultimately “dead” and will fall straight back down again.

Why should you care? Because, by following backtested trading strategies, you can use them to make a profit. In this article, I’ll cover:

What is a Dead Cat Bounce?

The media often discusses asset prices as if they’re either on a consistent upward trend or a consistent downward trend. As an investor or trader, you’ll know that this is far from the full picture.

In early 2020 the stock market saw a rapid and sharp decline, it was a bounce that prevented an almost vertical line down.

To look at how exactly this works, let’s trace what happens to a stock when its value begins to fall.

Most investors will panic — they’ll try to pull their money out, some traders will take the opportunity to make shorts, and very few buyers will be willing to invest. Even if we don’t act on it, we’re likely to feel panicked since the human brain is programmed to have an emotional response.

In reality, if we look at things rationally, we can see the price is unlikely to continue to decrease infinitely. At some point, the panic will subside, and the price will rise a little again. This is when traders and investors can spring into action — if they’re smart.

Unfortunately, many traders will mistake this little blip for a genuine recovery. At this point, you probably have one question in your mind: why does this happen in the first place?

What are the Causes?

A bounce happens when pessimism begins to set into a bear market. If the market continuously displays a downward trend for weeks on end, the conditions for a bounce begin to foster — and it’s made possible by the way different types of traders act.

The bears will engage in short selling, hoping that they can profit as the price continues to fall.

However, value investors (who look for undervalued stocks) may buy-in because they believe that the stock will rise in value.

At some point, the traders who are short will want to cash in and cover their short positions. Thus they turn from sellers to buyers adding to the value investors buying.

Despite the stock being “dead”, this activity results in a temporary increase in demand.

The market environment is dominated by this tension between bullish and bearish opinions and whether the market has fallen too far too soon or it has still a long way to fall.

The Economics at Play

As you’re probably well aware, the two main forces at play in economics are supply and demand

In the case of a bounce, the supply force is made up of the investors who are shorting, while investors drive demand because they believe the stock price is about to increase.

But when some people believe the price has become too low and want to buy, the demand curve temporarily shifts outward again, increasing the price — but it will soon move back in again.

Obviously, this is an extremely simplified way to look at a complex scenario.

In retrospect, the route to profiting from bounces appears clear as day. So why do so many traders get burned by them instead of profiting?

It’s partly because they’re blinded by short-term movements (the bounce) to notice the broader trends, and partially because they haven’t mastered their emotions related to their investing decisions..

Greedy traders don’t want to pat themselves on the back and bow out when a stock they traded at the bottom increases in value by 10% — or even 20%. So they hold for too long and end up making a loss.,

Similarly, fearful traders are likely to panic the second they see one of their investments declining in price, even if a bounce is due at any point.

Lack of impulse control over greed and fear sets traders up for failure. Accept that you’ll never time the market perfectly (design a strategy that reflects this) — and that you don’t need to for success.

This is why I’ve invested serious time and money into working on my trading psychology, which has improved my decision-making to no end during these crucial moments.

Talking in theoretical terms is all well and good, but to understand how to trade these things, you must be able to recognize patterns.

These case studies all focus on larger trends that took place over weeks or even months, but dead cat bounces can also be over within a few days — as in the example of the 2020 crash I mentioned earlier. There’s no set time frame for when a bounce will start or end.

Few periods in financial history are referred to more often than the Great Depression.

We tend to look back on it as a period with sharp and sustained falls. History gives us the luxury of forgetting because it wasn’t quite so straightforward at the time.

Following the initial crash in 1929, there was a 47% increase in stock prices from late 1929 right through to spring in 1930 — practically a full recovery.

As you can no doubt guess, prices were soon to fall back with a vengeance and soon declined 80%.

The Depression also included many other mini rallies and bounces along the way.

Unsurprisingly, you don’t have to go as far back as 1929 to find examples of bounces — although nothing else is quite so dramatic.

There was a similar occurrence in 2000 with the NASDAQ. The index declined 27% between September 1 and October 17th, before unexpectedly recovering by 9% (and then falling again after).

Other indexes at the time displayed similar patterns, though not quite so pronounced.

These are three examples of many. Price never goes straight down (or up), so if you can think of any past examples of a stock bottoming out, there’s a good chance that it might have experienced a short bounce first.

It’s easy to assume that a sustained period of decline will automatically result in a bounce — especially after the three historical examples we’ve just seen. But don’t be so confident. Sometimes, there’s a complete recovery and upward trend.

Spotting the difference between a reversal and a bounce is one of the toughest elements of this type of trading, and I wish I could give you a surefire trick for how to do it. Unfortunately, I can’t, other than recommending you to use your knowledge of market fundamentals and knowledge of your trading style and psychology.

However, here are some rules of thumb.

First, wait until the value is increasing, then look for some further signals of a bounce.

One telltale sign is a reversal or bearish pattern at the top of the dead cat bounce, like a double top that fails. At this point, you can proceed with a short with less risk.

Alternatively, you could wait until the price drops below the support levels (previous dips and rises before the significant rise).

Ultimately, you’re looking for a sign that supply and demand forces are altering

How to Hedge Yourself

After stock prices fall dramatically then begin to increase again, opening a short position can seem like an attractive prospect.

At this point, it’s essential to make sure you don’t misread the bounce as a reversal putting at risk more capital than is planned.

A “test” you can try is waiting to see if the price returns to its previous low. If a few days have passed and the price has remained comfortably above the previous low, it’s a sign that you might be facing a genuine recovery.

You can expect to see a kind of imperfect “W-shaped” recovery where the price consistently dips then rises back again.

When this happens, I recommend setting a stop loss just below the first V so it’s possible to exit if the price does collapse (more on risk and stop-losses later).

This leads to the part you no doubt want to read about: perfecting your strategy.

Now you have a good understanding of how dead cat bounces work, we can get to the important question: how can you trade a dead cat bounce successfully?

The first thing to be aware of is that every dead cat bounce is slightly different, so don’t expect a textbook example each time. You can’t assume that the market is experiencing a bounce just because there’s been a dip followed by an upswing — this could mean anything (as we’ve seen already).

To do this, it’s essential to make sure you can tell the difference between a bounce and a recovery (which is bad news for anyone shorting) — use the methods outlined above to do this.

In the case of a W formation, after you notice signs of a slight bounce, wait for the price to exhaust itself.

One sign of this is the price extending during closing or approaching the opening price, and another is panic buying (the price opening higher than the closing price of the day before but then trending down to below the lowest point of the day before).

Don’t be tempted to short the bounce by joining the trend as prices decline. You may expect them to fall more, but this is rarely a good idea — it’s so easy to be caught out. Instead, wait until the low has been found.

Place price targets for the short position above the low reached before. Then, when the price rises again, exit. When shorting, do the opposite. Make a stop-loss that’s just above the recent high.

As a general rule, try to keep stop placements and price targets outside of the range of normal fluctuations to ensure you don’t get caught out.

Trading a dead cat bounce successfully is no easy feat. It’s a somewhat risky tactic that generally requires a fair amount of practice to get right — plus a solid understanding of how to analyze asset prices and their patterns.

But done right, it can certainly be very profitable, and it’s an essential strategy for every trader or investor; to add to their bow.

Tim Thomas was born in Guildford and now lives near Southampton, the UK with his family. Tim started his career in the financial markets and has traded and invested in stocks, options, forex, futures, crypto, and real estate for over 20 years. His website is dedicated to teaching swing trading strategies for profits, helping traders reach their wealth and financial freedom goals.