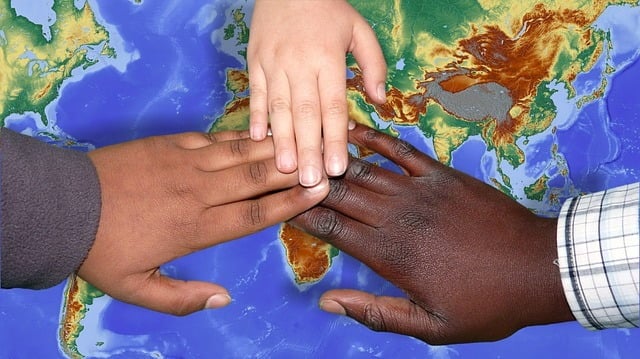 Charitable giving is one of the most significant ways we can spend our money.

It’s time to make giving charity the most important part of our budget and our giving rate the metric we are most proud of!

I talk so much about saving and investing. We all do. It is one of the core tenants of personal finance. Save more than you spend. Save for retirement. Your savings rate (how much money you save a month) is obviously a key indicator of financial wellness.

Money is a tool to better your lives and the lives of the people around you. That means that you do have a moral obligation to help people who are less fortunate than you. This involves giving charity as much as you can.

As a Jew, I subscribe to this concept pretty strongly. There is a Torah commandment to set aside 10% of your income for charity. This, unlike the Christian tithing, is not necessarily meant to go to the synagogue (although you can if you want) but rather to charity- to those less fortunate than you.

Giving 10% of your income (Maaser) has always been a crucial part of my budget. Giving charity is not negotiable. Even when we were making very, very little money, this was always set aside.

My parents were not particularly good with money, but they always gave Maaser. My parents instructed me to keep track of how much money I made babysitting and other odd jobs to provide 10% of it to charity. Of course, sometimes that meant I was giving a few cents to charity!

I have set up a separate charitable giving account. When I receive my paycheck, I immediately deduct 10% and send it to that separate account. Different banks allow you to have numerous accounts or buckets for you to divide your money this way.

That money does not belong to me. It is not mine to use. G-d gave it to me to disperse to others. That is why I immediately transfer that money to a separate checking account. Therefore, I am literally setting the money aside.

I find it difficult to constantly keep track of my money, how much I gave, how much I still need to give etc. I also find myself in situations where I want to give charity but don’t necessarily have enough money to give at that exact moment.

Having the money set aside, with its own checkbook, allows me to set aside the money without having to do any math in my head or any complicated calculations of did I give? Did I not give? Etc. I also usually have money on hand to donate to someone in need or an organization running a campaign.

Keeping all this separate also really helps with taxes. I can easily track my donations as all the money from that account is going towards charity.

Not all the money is going to a tax-deductible place; I absolutely do not only give to places that allow me to take a tax deduction (not that I itemize anyway- my taxable income is too low for that). I am not doing this for the tax breaks (not that there is ANYTHING wrong with that).

While I have nothing against these non-profit organizations, I like to make charitable contributions to places where it will make a difference and see that more with smaller charities.

Having a separate account also allows me to put very small amounts of money away. If I make $5, then 50 cents gets set aside. I am not going to go and give 50 cents to someone, but it all adds up to give a “respectable” amount at a later date.

Donating Money- Who do I prioritize?

There are so many people who need charity. So many organizations and programs are underfunded and so needed! I try to follow the Torah guideline of giving first to your family and then to the “poor of your city” first.

This means that I prioritize my giving first to any family member who needs help and then to local organizations or programs that need help.

You don’t get to save starving kids in Africa while your own neighbors are in desperate need. (Of course, if you have the ability, you should help both!).

I know that many Rabbis run “discretionary funds,” which give cash to people in need, so that is an excellent place to start if you are looking for a place to give. They often know who in the community is in desperate need of help, as it’s not always obvious.

Not everyone who is in poverty walks around with a sign on their forehead. Sometimes poverty lurks in the shadows, and we only find out about it when it is already too late.

I also think it’s essential to publicize some of your charitable giving. This is not to brag or make yourself into someone deserving of thanks but to do two things: 1. encourage and normalize giving 2. teach your children (if you have).

When you discuss and are open about giving charity, you will hopefully encourage and normalize other people to give. When “everyone” is giving charity, it becomes the norm, and people like fitting it.

This must become something that is a priority, even I daresay, as important as other financial goals you may have. Make it clear to other people you give, give regularly, and think that this should become the norm. Hopefully, others will join you.

Once my child commented to me that we never give “Tzedakah” or charity. I was extremely taken aback as we do, as you see, give charity. 10% of our income, in fact. I then realized that he never sees me do this. Most of our donations are made by credit card and checks.

We have one recurring donation that just gets charged every month. My kids never actually saw me GIVE money to someone. I realized that I was not leading my kids by example. If I want this to be important to them, I had to act in front of them.

I made it a point to keep coins and bills in my purse to give some money to panhandlers in front of them. Whenever I give someone money, we then discuss how important it is to be grateful for what we have and remember that we must give to others because we were given financial security (or at least a home and enough money for food).

I also try to donate food to food banks with them in tow. Although that is not the bulk of my giving, at least they see me engage in the act of giving. As they grow older, we can have discussions about the regular giving that we do.

Like all personal finance actions, the act of giving has to become a habit of being successful. It has to be made a regular part of your budget.

Imagine if you only saved money for retirement “when you felt moved” or “when you had extra money.” That would be a recipe for disaster! In fact, very little money would actually be saved for retirement.

It’s the same with giving. Waiting for inspiration or extra money will have you waiting for a very long time. This must become a line item in your budget, just like your rent, bills, or savings.

Setting aside this money in a separate account will allow you to do that, and then you can give the money when you decide it is needed.

Charitable giving is not just rich people giving away money. Even if you are not well-off or wealthy, you still give money to those who need it.

I would also STRONGLY encourage you to pick an organization/program that is meaningful to you and set up a recurring charge. This is one subscription you don’t need to cut!

Even if it’s $10 a month, you will be doing a great deal of good. This can either count towards your 10% or be listed as one of your bills. If you can pay for Netflix, you can pay for charity.

If you are not in a position to give or feel like you are not able to give, you should get in the habit regardless. Normalize taking money and setting it aside for charity.

You can then decide that the most important recipient of your charity right now is yourself. You will become accustomed to giving, and you will set up a system that will, one day! be used to help other people when you are in a better place.

5 thoughts on “Charitable Giving: Time to Focus on the Importance of Giving”