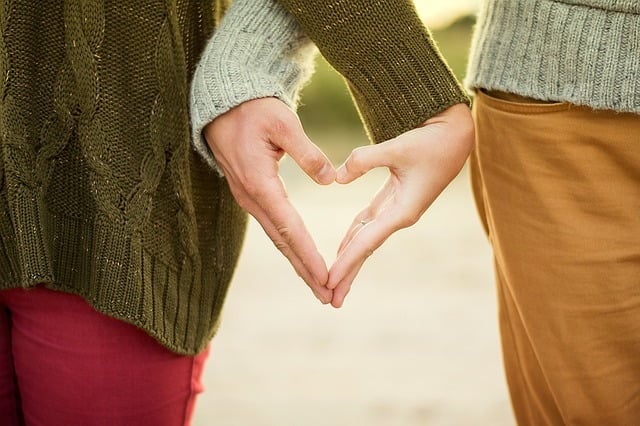 When I got pregnant with my first child, we knew we had to save money. We had been bopping around before then, putting money on credit cards and paying it off, taking some money and putting it into savings, taking it out again. Not doing anything really stupid but not really being on top of the situation. We had put some money we got from our wedding in savings, and we hadn’t really done any savings since then. We WANTED to save money, but there never really seemed to be any money at the end of the month to put away.

When we realized we needed to save more money for the baby, we hit a snag. I am naturally frugal and have an easier time, just NOT spending money. My husband is not a big spender, but he occasionally buys a coffee, a danish, a pricey ingredient at the store. While I was busy trying NOT to spend money, he was still spending money on things that I, personally, deemed frivolous. He would come home, and the critic in me would start: “Are you sure you needed to buy a sandwich? You could have remembered to pack one at home”, “Another coffee? Really?”.

As you can imagine, he didn’t respond to that really well. As we continued to bicker, I became more controlling, and he became more defensive- “You’re not my mother” became a common refrain. When he came home with flowers for me in an effort to appease me, it just escalated the situation! “I don’t want flowers! I want to save money!”. It was not exactly the harmonious, loving home that we both wanted to have. We had become something that we both didn’t want to be: A COUPLE THAT FIGHTS ABOUT MONEY.

We were heading down a dark road, and it had to stop. All our interactions were becoming about money, and the “SAVINGS” was a big, black cloud that hung over our marriage. We didn’t know how to get there, and we were fighting as we tried to figure it out.

So we decided to do something we had never done before: We made a budget. (Cue the music).

And it worked. We stopped fighting. By creating a budget we were able to take the emotions out of the money which left us with nothing to fight about. Click To Tweet

Why did this work? Because it was really never about the money. It rarely is. It was about the emotions that money evokes. You see, I grew up in a poor family. Not dirt poor- but a “live on a strict budget don’t get dental work until its urgent” type of family. When my father lost his job, things were really, really tight and stressful. So I was determined that I would have savings and money in the bank to try to avoid those tense times. It made me feel secure knowing that there was a $50 bill in my purse that wasn’t being spent, just in case. It was important for me to have money in the bank.

My husband, on the other hand, grew up with a financially controlling parent. Every purchase was scrutinized, discussed, and analyzed. While they were pretty comfortable financially, he never felt the freedom to purchase anything on his own. Even when he spent his own money, he would be questioned and guilted about his purchases. When he became independent, he needed to spend his own money without feeling controlled or analyzed. He didn’t mind having a set amount to spend-he minded being told HOW or WHEN to spend it. He wanted to be able to decide for HIMSELF when to buy a cup of coffee or not.

Budgeting gave us both what we wanted. We put aside money for savings right when we got paid (instead of putting aside what was leftover), which gave me the feeling of security and purpose that I craved, and that allowed me to stop feeling panicked about the money he spent. On his end, he was able to decide what to spend on which item without feeling guilty or uncertain about his choices. It was freedom within a framework- which is what he wanted.

The budget we created was made by both of us. We both agreed to the amounts and the system. We have lived on this same budgeting system for years now, with a few minor adjustments. We honestly rarely talk about money. When we do, it is to discuss changes to the budget or big purchases-its all done calmly and respectfully (and rarely). We already know what we each need and what our overall financial goals are, so we only rarely have to discuss the “nuts and bolts.” There really is nothing to fight about, and money does not make its way into every discussion like it used to.

6 Tips to Help you Create a Budget with your Spouse or Significant Other: 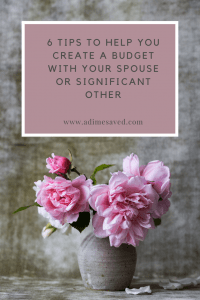 What budget did we use? We started using the Modern Envelope Budgeting System.

6 thoughts on “How Budgeting Saved My Marriage”