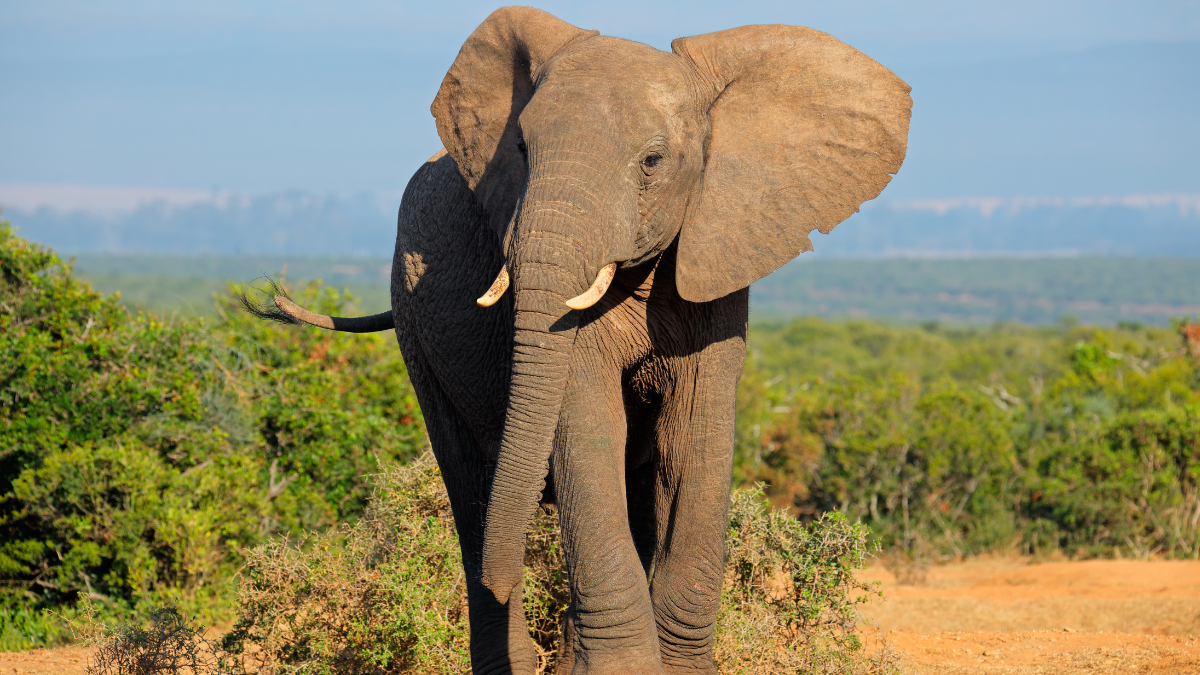 The travel app Visited by Arriving In High Heels Corporation has published a list of the top 10 most popular African safaris in the world based on user data.

These safaris and national parks show the beauty and depth of Africa and are great places to add to your bucket list!

Read through and imagine yourself visiting these beautiful and majestic locations and start planning your next international vacation!

The Most Popular African Safaris in the World Include:

Don’t worry, the park is so vast crowds aren’t a problem. Covering over 7500 square miles, the park is home to more animal species than any other natural sanctuary in Africa.

Thanks to a huge variety of accommodations at all price points, from camping to luxury, and activities ranging from rugged bush hikes to relaxing spas, everyone should be happy on vacation at Kruger.

Add top-flight South African wines and yummy local food, and say hello to a fabulous getaway. While two days gives you a sample, plan for at least five because it’s hard to leave Kruger Park.

The closest airport is Johannesburg, where you’ll want to rent a car to explore as much of the park and see as many animals as possible.

The Serengeti is the jewel in Tanzania’s crown. Along with the Maasai Mara in Kenya, it’s probably the most famous and celebrated safari destination in the world, commemorated in numerous TV series and in songs like Toto’s ‘Africa’: “As sure as Kilimanjaro rises like Olympus above the Serengeti.”

In fact, the Serengeti (said to mean ‘endless plains’ in the Maasai language) is part of the same stretch of land as the Maasai Mara, a vast expanse of grassland and woodland that spreads across Tanzania and Kenya.

On the Tanzanian side, the Serengeti covers 30,000 square kilometers and is home to a bewildering assortment of African animals, including lions, leopards, cheetahs, buffalo, hippos, elephants, giraffes, zebras, baboons, and gazelles.

Serengeti National Park is also celebrated as the home of the ‘Great Migration’, the annual movement of an estimated 1.5 million wildebeest as they travel across the border from Tanzania into Kenya to find new grazing grounds.

For visitors, the Serengeti offers a huge range of fabulous wildlife-spotting experiences, with guided and self-drive options and a range of accommodations from luxury eco-lodges to basic tented safari camps where you can hear the animals prowling around your camp at night.

One of the best places to visit for a truly life-changing experience is the jaw-droppingly gorgeous country of Kenya. The Masai Mara features a diverse ecosystem featuring everything from large graceful elephants to small flora that beautify the area.

The Masai Mara is also home to the incredible Great Migration. This is one of the Seven Natural Wonders of the World. Millions of wildebeest and zebra migrate along the Mara from Tanzania to Kenya and back again. The sheer number of animals is impressive.

If you’re feeling adventurous, you can get aerial views by taking a hot air balloon ride over the Masai Mara. The views are unbelievable and unforgettable.

Hot air balloon rides usually happen at sunrise when the animals are waking up. Many of the balloons end with breakfast on the Mara that is set up by the safari company.

A great eco-friendly place to stay is the Mara River Bush Camp. The canvas tents have a floor and full bed, making it truly a glamping experience.

It’s located in the bush, with hippos relaxing in the river nearby. You will have easy access to wildlife (with the protection of trained guards), and you’ll also get to enjoy locally sourced food at their in-house restaurant!

The Masai Mara in Kenya is a breathtaking destination that everyone should visit at least once in their life.

As the safari jeep rumbles along the dirt road, countless zebras and gazelle calmly graze in front of a backdrop of the morning fog spilling into the ancient volcanic crater.

Ngorongoro Conservation Area is a beautiful, must-see treasure of Tanzania and one of the most popular parks in Africa for wildlife viewing.

This huge 610-meter-deep volcanic caldera is home to populations of almost every animal species in East Africa.

Ngorongoro offers great wildlife-watching opportunities year-round, but the best time to go is during the January mass calving season of the Great Wildebeest Migration.

As many as 8,000 baby wildebeests are born each day during this season, meaning predators like lions and leopards are on the prowl. Another good time to visit Ngorongoro is early summer when animals gather around watering holes and streams.

Ngorongoro Conservation Area is a photographer’s dream, with opportunities to see all animals of the Big 5 and the rare Black rhinoceros, explore Maasai village culture, and take in idyllic landscapes.

Botswana is one of the best places in the world to go on safari, thanks to its fascinating landscapes and biodiversity. And nowhere is this more apparent than in the Okavango Delta.

Around a quarter of the Okavango Delta is taken up by the Moremi Game Reserve, which is thought to be the most environmentally diverse area of the country. In a single game drive, lucky visitors can spot baboons and leopards in the forests while lions, giraffes, and wildebeest roam the savannah.

Water-based safaris within Moremi’s borders take in lagoons and waterways, where lucky safari-goers can spot hippos wallowing in the mud, elephants playing in the shallows, and predators stalking the watering holes.

Many safari lodges offer trips in dugout canoes called mokoros, which provide a serene yet unique vantage point from which to spot smaller creatures you may miss from the jeep.

Further north in Chobe National Park, the safaris center on the banks of the Chobe River. When water is scarce in the area, many prey species rely on the river for hydration, providing a valuable source of food for predators.

Chobe is particularly famous for its population of Cape Buffalo and almost 50,000 African elephants. As a result, the game viewing here is exceptional, with all of the Big 5 calling the area home.

Etosha National Park in Namibia is one of the best wildlife-watching destinations in southern Africa. Every creature in the savanna seems to congregate around the park’s watering holes.

It’s a once-in-a-lifetime glimpse into the politics of the animal kingdom, as elephants, warthogs, zebras, and more jockey for space to take a drink. You don’t even have to spend long days driving on bumpy roads to see animals — just grab a cold beverage, sit by the water, and watch the show.

Okaukuejo is the best base for wildlife watching. The area has a lodge, a restaurant, and a campsite – you can walk to the water hole or drive the extensive road circuit nearby.

Etosha is a highly seasonal park – during the dry season, from May-October, animals are forced out of the bush to drink at water holes. Rainy season visits are often disappointing, as animals stay well-hidden along smaller streams.

Entrance to Etosha costs $8.50. Most visitors rent cars in Windhoek and do self-drive safaris, but tours are also available. It’s especially helpful to have a guide if you visit during the rainy season – the guides can find wildlife you’d never find on your own.

It’s so close, in fact, that you can still see Nairobi’s skyscrapers when you are on a wildlife safari in the National Park!

Nairobi National Park is home to many animals, including cheetahs, lions, the endangered black rhino, leopards, zebras, giraffes, buffalos, hyenas, and baboons, and so a safari here is a must – even if you only have 24 hours in Nairobi!

Many migratory birds are also found here each year – many have migrated all the way from Europe. Plus, if you time your trip right, you’ll be able to see the zebra and wildebeest migrations here!

Get to Nairobi National Park first thing in the morning, as that’s when the animals are most active. During the safari drive, you can’t get out of your vehicle because of safety reasons (you get pretty close to the animals!), but there are some designated picnic sites and areas in the park where you can go hiking if you wish.

Much less well-known than the Serengeti or Ngorongoro Crater, Tarangire is the 6th largest National Park in Tanzania, covering about 2,600 square kilometers.

Located in the north of the country, Tarangire offers the chance to get away from the crowds and have a more peaceful safari experience in a part of Tanzania that’s less popular with tourists.

The park is renowned for having the largest elephant population in Tanzania and being home to around 250 lions.

The Tarangire lions are particularly worth seeing because they are one of only 3-4 lion populations in the world that climb trees – a rare behavioral trait thought to be caused by the lions trying to avoid biting insects when resting on the ground, or possibly as a way to look out for prey.

If bird-watching is more your thing, Tarangire National Park is also considered to offer some of the best birding opportunities in Tanzania, with almost 500 species of African birds, including hornbills, falcons, kingfishers, and ostriches.

If you visit, keep an eye out for the iconic giant baobab trees, some of which are thought to be up to 900 years old!