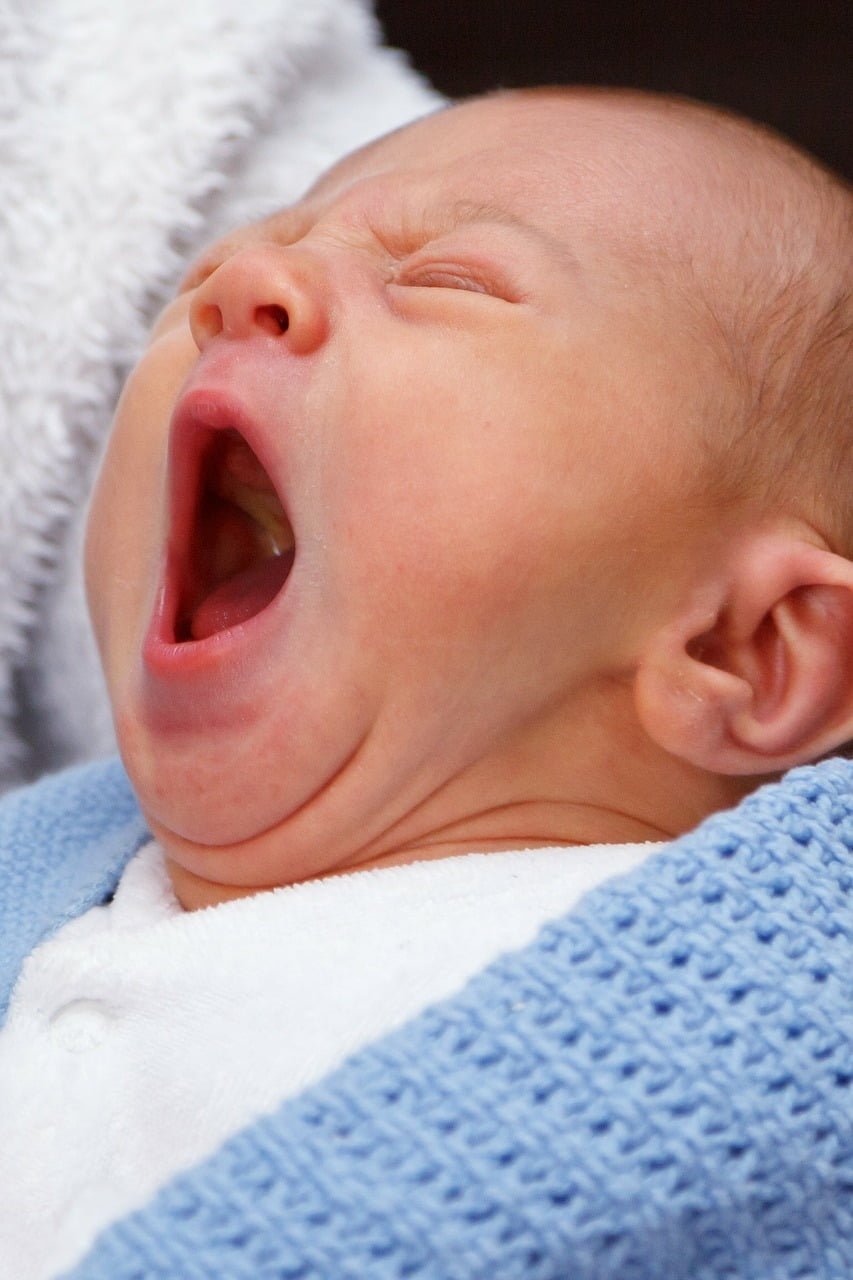 Let me tell you a tale of two births

Both beautiful and amazing.

One that took place in the US of A

One that took place in a nameless country, we’ll call it “Other Country”.

The difference you ask?

I’m not interested in getting into politics, but I am going to share my own personal experiences: I have two children who were born in two different countries. My husband and I were U.S. Expats living in a country with Universal Healthcare while on a student visa for the second birth, while my first was born in the U.S. 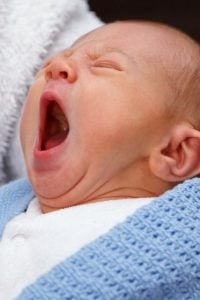 My first child was born in Florida. At the time, I was under 26 and therefore still under my parent’s healthcare place. They had what was considered to be very good insurance. Their insurance covered my pregnancy and childbirth, and part of my baby’s care. The rest was covered by Medicaid (as I was ineligible for insurance through my work and we were low-income enough to qualify for it).

This was a few years ago and I was not the personal finance fiend that I am today so I don’t have exact numbers for what we actually paid for the birth. For the purpose of this post, I will use approximate numbers instead.

A few weeks before my due date, my doctor thought there was an issue with the baby. He advised us to go to the hospital, which we did. We went to the labor and delivery ward where we spent an hour (I may be exaggerating but I really don’t think I am) with a billing lady, giving our insurance information etc. We signed papers and “registered” for the birth.

Please note, this is part of triage. Its possible that if I was in pain or it was an emergent case they would skipped this step. I don’t know. What I do know is that I was sent to the hospital and spent the first hour- before being checked, monitored etc. we dealt with billing issues. We did not have an unusual insurance situation and we were using an in-network hospital and doctor. This was just the routine.

I spent the day in the hospital and was sent home as all was fine.

Two weeks later my water broke and I went to the hospital again. Same thing. They did ask if I was in any pain and when I answered “no” we sat at that same desk with a billing agent and did the same thing again. Even though we had “pre-registered” (I don’t really know what that means) we still had at least a half-hour of paperwork and billing issues to go through, maybe more.

The hospital was really nice. At the birth, there was a doctor, 2 nurses, a pediatrician in the room. The birthing room had a shower, lights we could dim, an iPod dock for my labor playlist. I had a private room with a pull-out couch for my husband to sleep on. A TV, a fridge, 3 meals a day.

The baby slept in my room with no nursery option but my husband was there the whole night to help. Water and juice was brought to me constantly. The nurses came when I had a question. A Lactation consultant came to help me (although she was shamefully ignorant about nursing). The pediatrician came on his rounds in the morning and checked the baby. All was well. I stayed the full 2 days. Discharge was another deluge of paperwork, signing papers etc.

After we got home is when the fun started. Bill after bill. From different places and different companies. We had no idea what they were for. Some we paid, some my parents paid. Some we disputed. A memorable one was for my child’s hearing test. As a newborn, babies are given a hearing test to make sure that they can hear.

I vaguely remember signing a consent form soon after birth for this. It turns out that although the hospital was in-network, the nurses were in-network. The hearing test “lab?” was not and therefore not fully covered by insurance. Please remember that we had what was considered to be good insurance. The whole birth ended up costing us a few thousand dollars.

As an aside, we had some fun signing up my child for Medicaid. Before I had the baby, I had started the process of signing up. The advice was to sign up as a pregnant woman and then once you had the baby add them on as well. This led to a interesting phone conversation with a lady in the Medicaid office who could not understand basic biological function. This was our conversation:

Her: You had a baby?

Her: But I have you listed here as a pregnant woman and you received prenatal care.

Her: So you mean to say that you were pregnant last week but now you’re telling me you had a baby?!? (the tone of incredulity in her voice made it hard for me to miss the insinuation that I was clearly attempting insurance fraud)

Me: Yes. This is how this works. I am not an unusual case.

For some reason, this was hard for her to comprehend. 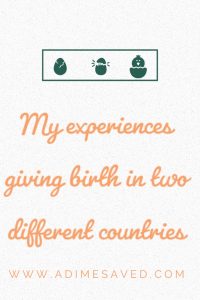 Fast forward, we are living in a country with Universal Healthcare while under a student visa.

A month before we had the baby we had to register at a hospital. This involved filling out a piece of paper and dropping it off at the hospital, then taking it back to the Ministry of Health office where they process it. This was only because we were not citizens and there on a visa. If we had been citizens, this step would have been omitted.

When we arrived at the hospital, they asked us our name and for my prenatal paperwork (you are supposed to bring documents from the doctor giving you prenatal care). We had it and the process took about 30 seconds. I was in a delivery room within seconds. This apparently is unusual as there is usually a waiting period before being given a room. This is not due to paperwork or billing but rather due to overcrowding.

I have heard stories of women giving birth in hallways and waiting rooms and triage areas, not because they came too late but because there were not enough beds. However, I came in middle of the night and the hospital was empty so that was not my experience. I was sent straight to the delivery room.

The delivery room was ugly. One tiny chair for my husband to sit on. I could not touch the lights, let alone dim them. No speakers. The delivery was attended by a midwife and a nurse. There was a doctor on call but I did not see them at any point. It was a smooth delivery and the care was excellent.

Soon after I delivered they took the baby to the nursery to be washed and given tests. The pediatrician does not come to the room. My husband was told to get the baby himself afterwards from the nursery. The room where I stayed had 3 beds in it divided by curtains. By some stroke of luck I was by myself and had no roommates. This is unusual. There was one bathroom for us to share. No couches. No TV. No fridge. No diapers for the baby. There were a few personal care items for me. I had to request more which they gave me grudgingly.

I basically spent the day by myself as visiting hours were strictly enforced. Husbands are visitors so even he could not be there with me. There were so many “rules”. A nurse snapped at me, “This is a hospital, not a hotel!”. The nurses were busy nursing and this does NOT include bringing the patient things that they want and need. They gave medication and took fever and blood pressure. Anything else is not their problem.

At a specific time I walked my baby to the nursery where they checked him and then I had to go back and get him myself. This was a lot of walking for someone so soon after childbirth! But there are studies that show that ambulation so soon after birth can actually promote healing so perhaps it wasn’t that bad?

The night was long and difficult. There was no one to help me. I had to get water by myself. The air-conditioning was off and it was so hot! I had no way to change it myself and the nurses were less than helpful. Nurses came to check on me but not to bring me anything.

If I wanted anything or needed help I needed to get up and get it myself. Pediatrician rounds were at 6 am in the nursery. I dragged myself out of bed and brought my baby to the nursery to be checked. Walked back to bed, where a doctor came to check me and then went back to the nursery and picked up my baby.

As soon as visitors were allowed, my husband came and I checked myself out AMA (against medical advice). I figured I would be more comfortable and have more help at home.

Before I left, they brought me a birth certificate to sign. That was the only piece of paper I signed the entire time I was there besides for the AMA form.

The next day, my husband brought the baby to the government run baby clinic for his heel prick test and to weigh him. 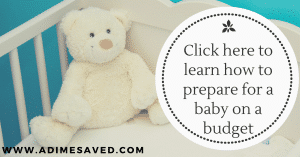 The main difference in the care received at the two hospitals is the attitude to the patients. In American, the patient comfort was extremely important to them. There were no “rules”. It was beautiful. We got free things. The doctors and nurses came to me (although I still had to beg for pain mess and the advice they gave me was suspect). Food was brought to me. They encourage relaxing, watching TV and doing nothing.

In “Other Country”- The hospital was a place to give birth and be monitored. I wasn’t “taken care of”. Nothing was given to me. I had to schlep to the nursery, to the cafeteria and ask the nurses for more pads. I brought my own diapers and water bottle. But the medical care was excellent.

Is paying a lot of money (and I am talking about thousands!!!!) worth it for a better experience?

In my experience the medical care in both places were good. Studies have shown that “Other Country” has much better maternal and baby outcomes. Significantly less C-sections, episiotomies and complications. Maybe because the doctors don’t attend the births? Maybe- I am not an expert and this is not what this post is about.

It’s hard to comprehend the intense pressure that American parents are under. With the insane costs of healthcare, the ridiculous daycare costs, the total lack of any paid leave for either parent- its not hard to see why so many Americans are struggling to keep their head above water. You shouldn’t need 5 million dollars just to be able to have kids!