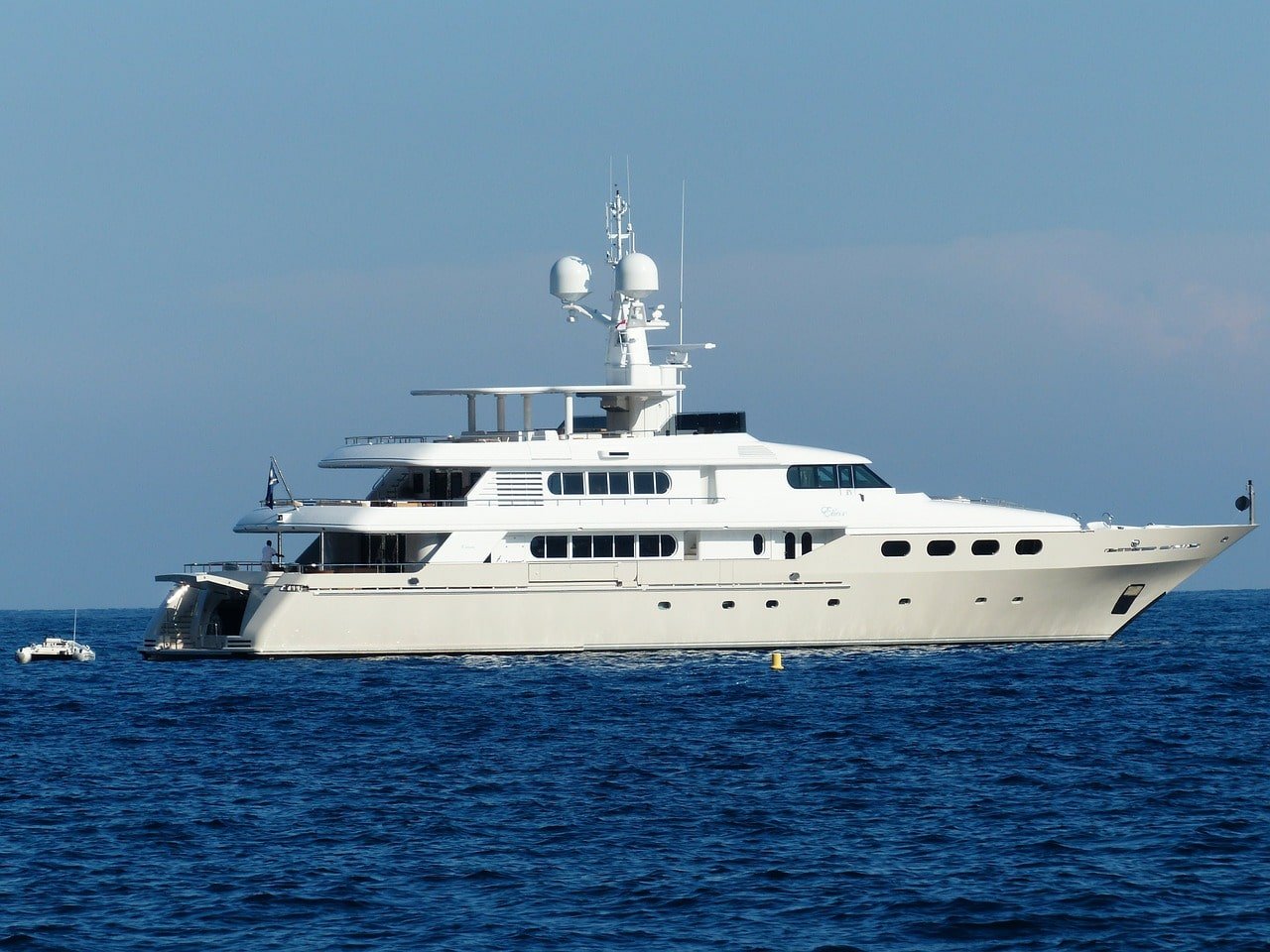 Who is the richest person in the world? In this article, we’ll go into the world’s top billionaires in more detail.

According to Forbes Magazine, the number of billionaires rose to 2,755 billionaires globally and added 400 names in 2021 alone. Most of them obtained their fortune from hard work and investing in their dreams.

Would you like to know how they made money? Because if it’s possible for Jeff and Elon, then perhaps it is possible for you, too. If you want to become the richest man or the richest woman in the world, this post is for you.

Who Is the Richest Person in the World?

According to Forbes’ list of billionaires, Elon Musk is currently the richest man in the world. The founder of Tesla and SpaceX now has a net worth of $263.8B, increasing $112.8B from 2021.

Musk was born in South Africa on June 28, 1971. He described his family as “quite wealthy” when he was young. His father was a pilot, engineer, and property developer, and on top of that, he co-owned a Zambian emerald mine. Elon inherited his father’s knack for business and interest in electronics.

After his parents divorced in 1980, Elon lived with his father but eventually chose to escape him because of his abusive nature. His mother was Canadian-born, so Elon worked on entering the United States from there. He hopped from Queen’s University and then transferred to the University of Pennsylvania, where he finished a bachelor’s degree in economics and physics. He moved to California in 1995 to start his business career.

At age 24, Elon co-founded Zip2, which provided online city guides to newspapers, with his brother Kimbal and Greg Kouri. Compaq bought Zip2 for $307 million in 1999.

In the same year, Musk co-founded the online bank X.com, which later merged with its competitor, Confinity Inc. The new company became Paypal.com, and eBay then bought the company in 2002 for a whopping .5 billion.

By 2021, Elon Musk surpassed Jeff Bezos in net worth, becoming the world’s richest man. Around 75% of his wealth comes from Tesla Motors, which has a current value of $1.02T.

Who Is the Second Richest Person in the World?

Bernard Arnault rose this year to second place with $191.5B net worth, adding $40B to his 2021 net worth. With this jump, he takes the spot from Amazon mogul Jeff Bezos who currently stands at $184.8B.

Born on 5 March 1949, in Roubaix, France, Bernard Jean Étienne Arnault took up engineering and graduated from the École Polytechnique. After working for his father’s construction company Ferret-Savinel for some time, he became president of Ferret-Savinel in 1978 until 1984.

In 1984 Arnault acquired the luxury company Financière Agache and bought the Boussac Saint-Frères textile group through an auction for one franc.

After taking over the Boussac empire, Arnault sold all of the group’s assets except the Christian Dior brand and Le Bon Marché department store. He also had to let go of no less than 9,000 employees. After the drastic reformation of the company, Financière Agache was able to bounce back by 1989.

In 1987, Arnault co-founded LVMH with Allain Chevalier and Louis Vuitton’s Henry Recamier. In January of 1989, Bernard Arnault was named CEO of LVMH Louis Vuitton Moët Hennessy, a multinational French holding and luxury goods group. The takeover was the conclusion to the colliding opinions between Arnault and Recamier.

To keep LVMH from crumbling due to the power struggle between the founders, Arnault spent over $1.1 billion to gain control of 43.5% of LVMH’s total shares and 35% of its voting rights and immediately ousted Recamier.

Who Are the Top 10 Richest People in the World?

Elon Musk is considered the wealthiest person on the planet as of 2022. He dove headfirst in a handful of risky investments that promised massive profits rather than betting on smaller but safer ventures that wouldn’t have given him the kind of wealth that he has now.

Elon admitted that nobody wanted to buy his electric cars in the beginning. Today, Tesla Motors is worth $1.02 trillion while his other ambitious company, SpaceX, is valued at $100 million.

Bernard Arnault is known as the richest man in Europe. He was a young investor who saw France’s crumbling textile industry as a once-in-a-lifetime business opportunity. After gaining complete control of LVMH in 1989, Arnault expanded his empire by acquiring Celine, Kenzo, TAG Hauer, and Bulgari.

In 2022, LVMH Moët Hennessy Louis Vuitton has a value of $380 billion, making it the most valuable company in Europe. Plus, it makes him the most wealthy person in terms of total net worth.

Jeff Bezos occupied the top spot being the wealthiest person for some time. But this year, the Amazon mogul clutches on to third place with a $184.8B net worth, which is a 9 billion dollar difference from last year.

Bezos founded Amazon back in 1994. It was initially named Cadabra, but he later changed it to something that starts with an A. Why? Call it an early SEO strategy since web listings back then were alphabetized.

Though the initial purpose of Amazon was an online bookstore, Bezos intended to sell other products. His idea was outlandish, and competition was everywhere, but Bezos made a bet that the convenience offered by the internet would eventually catch up in the retail industry.

As of 2022, Amazon’s value is $1.78 trillion. JPMorgan estimates that Amazon will overtake Walmart as the largest retailer in the United States based on the speed of the company’s growth.

We’ve all heard how Bill Gates started an empire from his parent’s garage, reinvented desktops, and gave us Microsoft. For decades, the tech genius has been on the radar as one of the wealthiest people on earth, if not the most affluent.

Bill Gates officially stepped down as Microsoft’s CEO in 2000, then left his board member positions at Microsoft and Berkshire Hathaway in 2020. Gates has since focused his efforts on setting up the Bill and Melinda Gates Foundation and supporting philanthropic movements for education, climate change, global health, and development.

Amazingly enough, Bill Gates’ name always appeared on the shortlist of the wealthiest people on earth. It’s been almost a decade since he entrusted his company to Satya Nadella, and he has donated billions to philanthropy. However, Bill Gates still captures the fourth-richest spot in this year’s billionaires list with a $133.3B net worth.

Larry Page is the co-inventor of the Google search engine, and he is fifth on the list with a $116B net worth. He became a billionaire at the age of 30 after Google started making immense profits in early 2000.

In 1999, Google’s revenue was sitting around $220,000. To generate more profit, the company released an advertising system called Google AdWords on October 23, 2000. It took a few years for their new feature to click, but eventually, AdWords proved to be a far more sophisticated tool than its competitors.

Google immediately became the go-to search engine for internet surfers around the world. From 2003 to 2004, Google’s annual revenue made a considerable leap from $400 million to $1.5 billion.

In 2004, Google went public with Eric Schmidt as CEO. When he stepped down in 2011, Larry Page stepped back in the CEO role. In 2019, he stepped down from the company, currently only serving on the board.

Larry Ellison is the co-founder of Oracle Corporation, the second-largest computer software company globally. He ranks as the sixth wealthiest person in the world with $114.6B.

In 1979, the trio released Oracle. It was the first database program to use Structured Query Language. The group received contracts from the likes of the Central Intelligence Agency to develop a relational database. After going public in 1986, Oracle officially became the largest-database management company globally. Currently, the Oracle Corporation has a market value of $323.9 billion.

Warren Buffett currently sits in seventh place with $114B. He earned the nickname the Oracle of Omaha because of his incredible investing success for decades. Buffett slowly raised his empire by purchasing undervalued stocks and holding this long-term.

Warren Buffett made his first million in 1962 from a series of small investments. And at the age of 55, Buffett became a billionaire. He successfully perfected a conservative approach that assures long-term value over short-term gains. Many agree that Buffett is arguably one of the best investors of the 20th century.

Mark Elliot Zuckerberg is currently the Chief Executive Officer, and controlling shareholder of Meta Platforms, formerly known as Facebook Inc. Zuckerberg founded the social media giant in 2004. Now, Meta has a value of $958 billion, and Zuckerberg is presently the eighth-richest person on earth with $113.3B.

Like Google, the idea of Facebook started in the dorms of a campus. Zuckerberg tested its potential by launching it to select universities, and by 2012, it reached over a billion registered users. Mark Zuckerberg is the world’s youngest billionaire, achieving that status at 23.

Sergey Brin is the other half of the dynamic duo who brought us Google, and that puts Brin as the ninth-richest person in the world with $111.9B. Sergey Brin and Larry Page met while taking up advanced degrees in computer science.

Brin joined Larry Page’s research because he thought it was the most exciting project on the Stanford campus. The pair started believing that they were on to something when their system logged at least 10,000 searches in one day.

Sergey Brin is the co-creator of PageRank, and to this day, he remains one of the significant shareholders of Google. In 2015, Page and Brin founded Alphabet Inc, which became Google’s parent company and other former subsidiaries.

Bill Gates himself hired Steve Ballmer to be part of Microsoft in 1980. He took over as the company’s Chief Executive Officer after Gates stepped down in 2000.

Ballmer served as the head of the company for fourteen years. Steve Balmer is currently the tenth-richest person globally with a net worth of $96.2B.

He passed the torch to Satya Nadella on February 4, 2014, but remained one of the board members until August. Years after his retirement, Ballmer still holds a stake in the company.

We can see in these numbers that the trend of the rich getting richer continues. The pandemic has only widened the inequality, and it doesn’t look like that’s going to stop any time soon. Some billionaires have signed The Giving Pledge, a promise by the wealthiest to give away the majority of their wealth.

Elon Musk, Bill Gates, Larry Ellison, Warren Buffett, and Mark Zuckerberg are the people from this list that have signed The Giving Pledge. That’s a total of $739 billion that will be donated to charity.

If you’re aspiring to get close to their wealth, you may want to take the riskier tech route. Or you can keep investing steadily. Being born in a wealthy family and inheriting part of your fortune could also help, as some ultra-rich people do.

A single idea that you execute with determination, creativity, and connections in the field can be the start of your billion-dollar company. See this as the affirmation that anything is possible in this world.