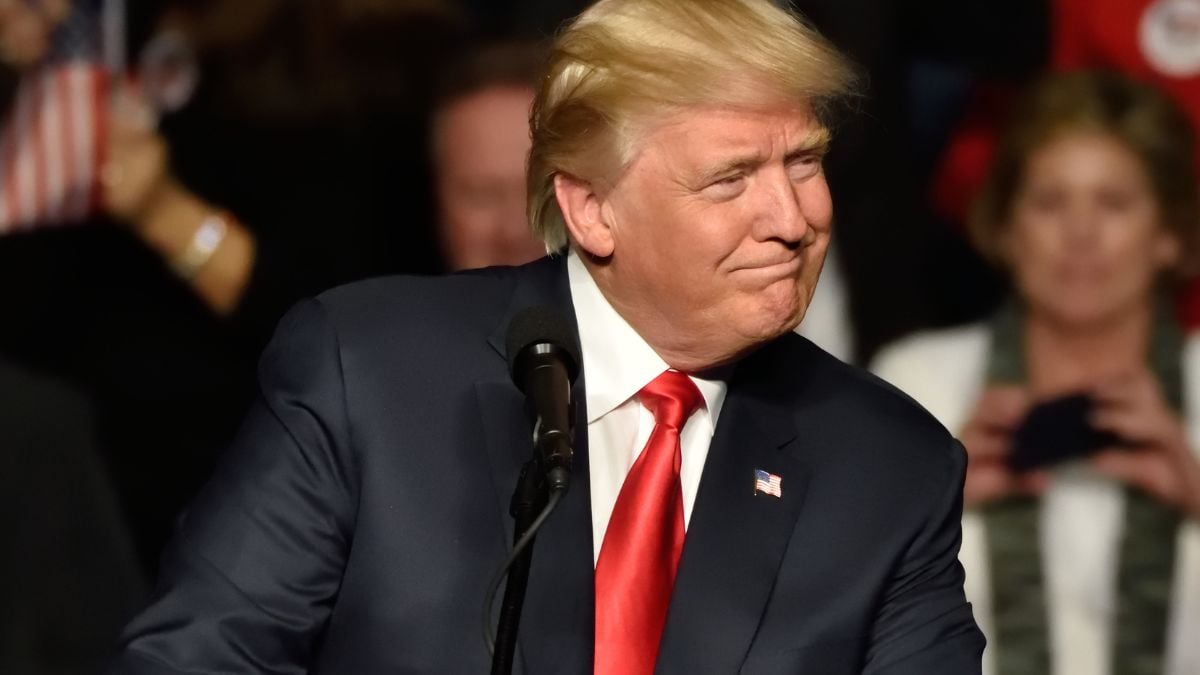 Earlier this week, Trump teased a “big announcement” to be unveiled on Thursday. There was plenty of speculation about what the announcement would be. Many people guessed that he would be announcing his 2024 running mate, but Trump made his announcement-and it has nothing to do with politics.

It seems as though former President Trump will be trying his hand at NFTs. He unveiled a collection of Trump-themed trading cards retailing for $99 each. The cards portray Trump in a variety of outfits, meant to represent his life and career.

“These cards feature some of the really incredible artwork pertaining to my life and my career,” Trump said. ““They also make perfect gifts!”

He continues, My official Donald Trump Digital Trading Card collection is here! These limited edition cards feature amazing ART of my Life & Career!” According to him, they will make great Christmas gifts, and they will be gone quickly.

There are 45,000 cards available (perhaps a nod to him being the 45th president), and they were created by artist Clark Mitchell.

The Future of NFTs

NFT sales declined 20% in November, following a steady decline over the past year. Allegedly, the Trump NFT cards come with the possibility of meeting the former President. The cards are available at https://collecttrumpcards.com/. You will also be automatically entered into sweepstakes where one of the biggest prizes is a meeting with Trump himself.

You could also win a dinner or golf game with him, as well as other prizes. The grand prize is an invitation to a gala hosted by Trump in Miami. If you want a guaranteed ticket, you can spend $4,500 and get 45 trading cards.

There is a disclaimer on the site assuring potential buyers that the money earned from the NFTs will not be going toward Trump’s 2024 campaign. “These Digital Trading Cards are not political and have nothing to do with any political campaign,” the site says.

Additionally, the company that is behind the creation of the cards, NFT INT LLC, has no affiliation with Donald Trump or the Trump organization. The company has a license to use Trump’s name and likeness for its product.

Following his announcement, “Trump NFTs” quickly began trending on Twitter. Users had a lot to say about the seemingly random collection.

Aaron Rupar didn’t have high hopes for the announcement but was even more disappointed when it was revealed.

Oh my goodness Trump’s “major announcement” is even more pathetic than I anticipated pic.twitter.com/5IzjklP7Fo

Another user suggested that the target market for the collection doesn’t actually understand what they are buying and will be incredibly disappointed with their purchase.

There is a ZERO PERCENT chance that the core MAGA audience who might purchase Trump NFTs actually understands what NFTs are. Gonna be a lot of angry people tweeting when they don’t get a pack of cards and a stick of bubble gum in the mail. 😆 #MajorAnnouncement

Will Sommer doesn’t seem very impressed with the quality of the artwork.

Trump’s “major announcement” turns out to be a series of $99 NFTs that are ugly even by the usual NFT standards. pic.twitter.com/f6r80q2PgB