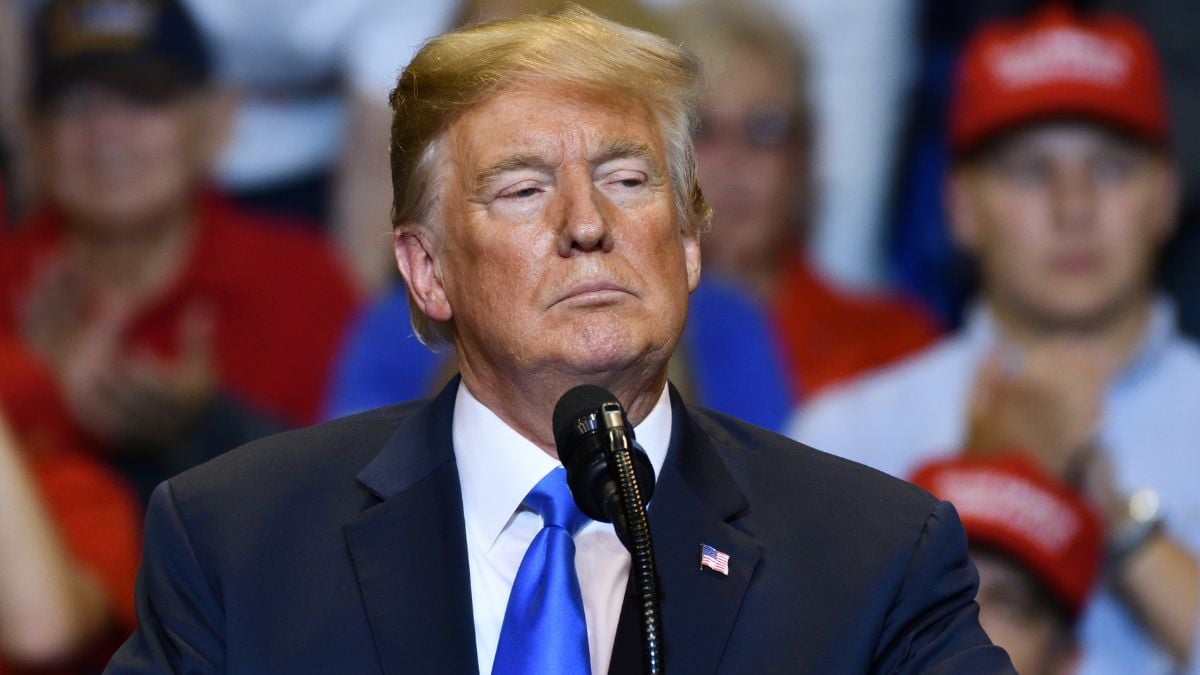 Donald Trump used a bizarre video to tease a big mystery announcement that will be unveiled on Thursday, December 15th.

His video, in which he likened himself to a superhero, was mocked mercilessly online, with some even comparing him to Homelander from The Boys.

Trump took to Truth Social to make his announcement, saying in a video, “AMERICA NEEDS A SUPERHERO.” The video clip ends with a doctored image of Trump opening his shirt and jacket Superman-style to reveal a red super suit underneath with a “T” logo emblazoned on the front.

He is pictured in front of Trump tower with lasers shooting out of his eyes. People have already begun speculating about what his announcement could be. Guesses range from an announcement on his intended running mate to him declaring a divorce from the Republican Party in favor of running as an Independent.

A few social media users have compared Trump to Homelander from The Boys. In the Amazon Prime series, Homelander is a Superman-like hero who is beloved by America and even has an American flag cape and red, white and blue uniform.

Trump’s comparison to the character is likely rooted in the fact that Homelander is actually the show’s villain wearing a superhero’s mask who uses his laser vision to commit crimes. The writer behind The Boys, Eric Kripke even went so far as to comment, “he’s making it too easy,” in reference to the former President.

He accompanied his statement with a side by side comparison photo of Trump and Homelander shooting lasers out of their eyes.

Mike Sington made another edit of Trump, mocking his opinion of himself as a gallant hero.

Catch Up Network speculates that Trump’s announcement is not politically motivated but artistically.

Donald Trump’s big superhero announcement isn’t that he’s coming back to Twitter or anything like that. He’s launching NFTs. pic.twitter.com/ravlJeHCph

Andy Ostroy calls the video “laughable” and refers to Trump as a “bloated old fat dude.”

.#Trump looks absolutely bonkers in this laughably delusional post. Worse are the brainwashed fools who belong to this batshit-crazy cult who see this bloated old fat dude as a superhero… pic.twitter.com/1cCf4MSKCA

Jon Cooper had a lot of choice names for the former President, and none of them included “superhero.”

I don’t know about you, but Trump is certainly NOT my idea of a superhero. However, he’s certainly a super TRAITOR, super RACIST, super LIAR, super CRIMINAL, and super AWFUL HUMAN BEING.