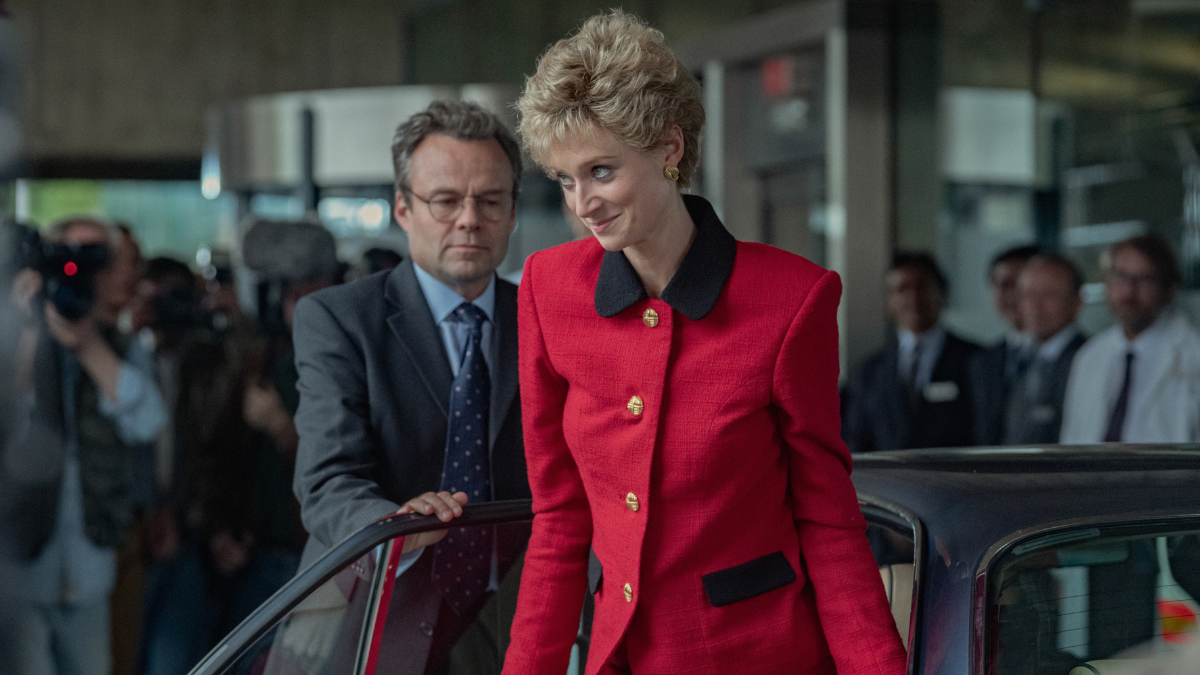 Following a turbulent year for the British Monarchy with the death of the late Queen Elizabeth II and the ascension of King Charles III, Brits have never been more enamored or interested in the secret life of the Royals.

Meanwhile, Netflix is set for record-breaking viewing figures for season 5 of The Crown, with 30% of Brits planning on tuning in, the equivalent to 13 million British viewers, SurveyMonkey research from Momentive has discovered*.

King Charles III begins his reign with high favourability, as 73% of Brits hold a favorable opinion of the new king. His favourability ratings, however, are surpassed by those of Prince William (83%), Princess Kate (84%), and Princess Anne (78%).

Younger viewers are more than twice as likely to believe that the Crown is an accurate representation of life in the Monarchy, with 11% of 18-34-year-olds believing it to be the case against just 2% of those aged 65 and over.

Brits are split evenly between those who think Netflix should (43%) and should not (44%) have postponed airing a new season of the show out of respect for the late Queen Elizabeth II, with 17% of Brits believing The Crown season 5 should have been postponed for a year or more.

The ‘People’s Choice’: A Generational Divide in Royal Sentiment

Younger adults feel the most antipathy towards ‘the firm’: A third (35%) of young adults under the age 35 say the monarchy should be abolished, compared to just 23% of those aged 35-64 and 17% of those 65 and older.

Whilst King Charles III begins his reign with high favourability, Camilla’s favourability is much lower at just 58%. Princess Kate comes out on top as Britain’s favorite royal with 84% favourability.

*When asked if they have a favorable or unfavorable opinion

Despite Meghan and Harry’s general low favourability, 59% of Brits would support Prince Harry and Meghan moving back to the UK, with 77% of those 18-34 supporting such a move, compared to just 40% of those 65+.

Opinions Split on the Role and Responsibilities of the Monarchy

It is very or somewhat important to 84% of Brits that the monarchy support good causes and charities, but other roles are more controversial, including acting as a tourist attraction to improve GDP (78%), aiding in international relations (74%), and getting involved in domestic policy (48%).

About a third of Brits agree that King Charles should pay inheritance tax (39%), should pay for his own coronation (35%), should publish his holdings and accounts (32%), and should have to publish his tax returns (32%).

Methodology: This SurveyMonkey study was conducted October 26-29, 2022 among a national sample of 2,100 UK adults 18+. Respondents for this survey were selected from the more than 2 million people who take surveys on our platform each day. The modeled error estimate for this survey is plus or minus 3.0 percentage points. Data have been weighted for age, sex, education, and geography using the Office for National Statistics’ 2010 Census to reflect the demographic composition of the United Kingdom aged 18 and over.

Watch These Period Dramas for The Ultimate Escape

4 of the Most Dangerous Cities in the World Are in the U.S.

Boomers Are Spending More Than They Can Afford