Existing home sales reached the highest level in 15 years in 2021, according to the National Association of Realtors. It was largely driven by record-low mortgage rates and the need for more ex-urban space after coronavirus pandemic restrictions. Thirty-year fixed-rate mortgage levels in 2021 topped out around 3.1%—lower than today’s near 6% rates driven higher by the Federal Reserve’s attempts to cool raging inflation in the housing market.

American Home Shield analyzed home loan origination data from the Consumer Financial Protection Bureau to see which states took out the most mortgages per 10,000 homes in 2021, the latest information available. The rate was determined by dividing the total number of primary mortgages originated in each state by the number of owner-occupied houses.

There are four common types of mortgages a potential homeowner can take out to help finance their purchase: a conventional loan, a mortgage issued by a bank; a Federal Housing Administration loan, a government-backed mortgage with lower requirements than a conventional loan; a VA loan, a mortgage for active duty or retired members of the U.S. military; and an FSA loan, which is offered to farmers through the United States Department of Agriculture’s Farm Service Agency.

Americans took out more than 5.2 million mortgages in total last year, as properties exchanged hands at a brisk volume—and pace—unseen since the last time a hot U.S. housing market collapsed. The housing market bust of the late 2000s, however, was mostly attributable to unsustainable lending practices, and unwieldy levels of debt. Economists and other analysts maintain that this time it’s different and that Americans are in for a home price “correction” rather than another bursting bubble. 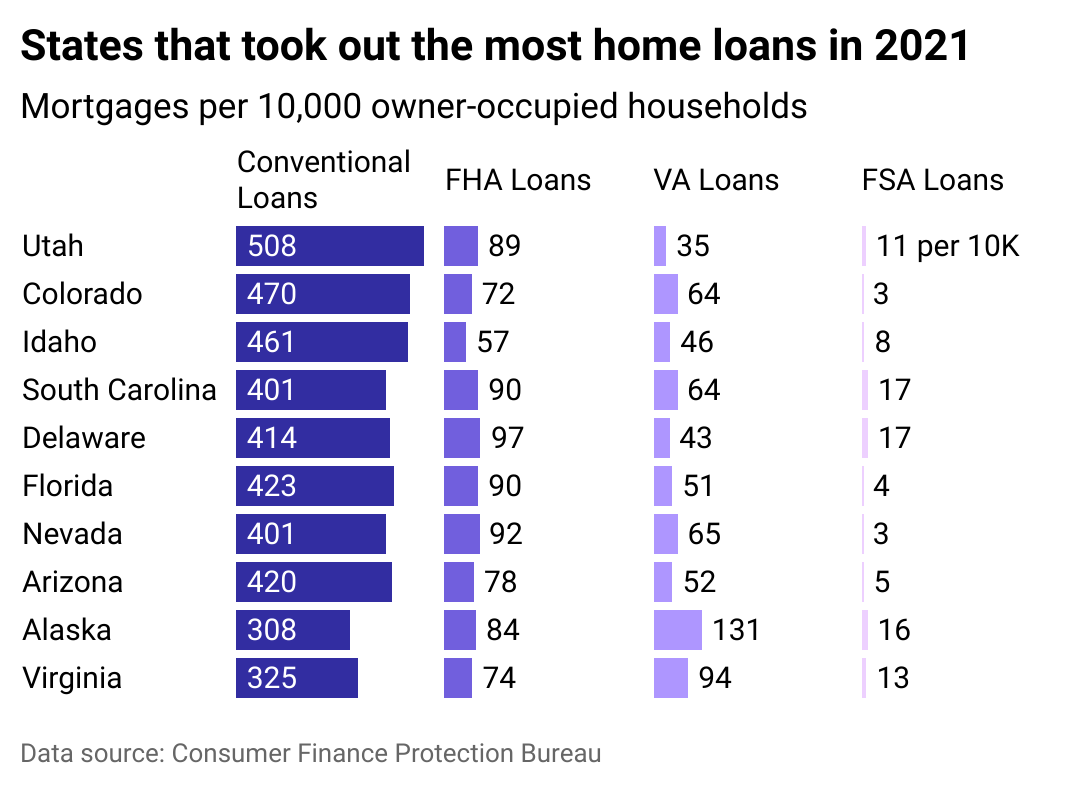 10 States That Took Out the Most Home Loans

Homebuyers took out the most mortgages for a primary home residence—not for investment properties—in Utah, Colorado, Idaho, and South Carolina. The states with the most mortgage activity are also among those that have seen their housing markets superheated by COVID-19-era interstate migration. The least number of home loans were taken out in New York, West Virginia, Mississippi, Pennsylvania, and Vermont last year. 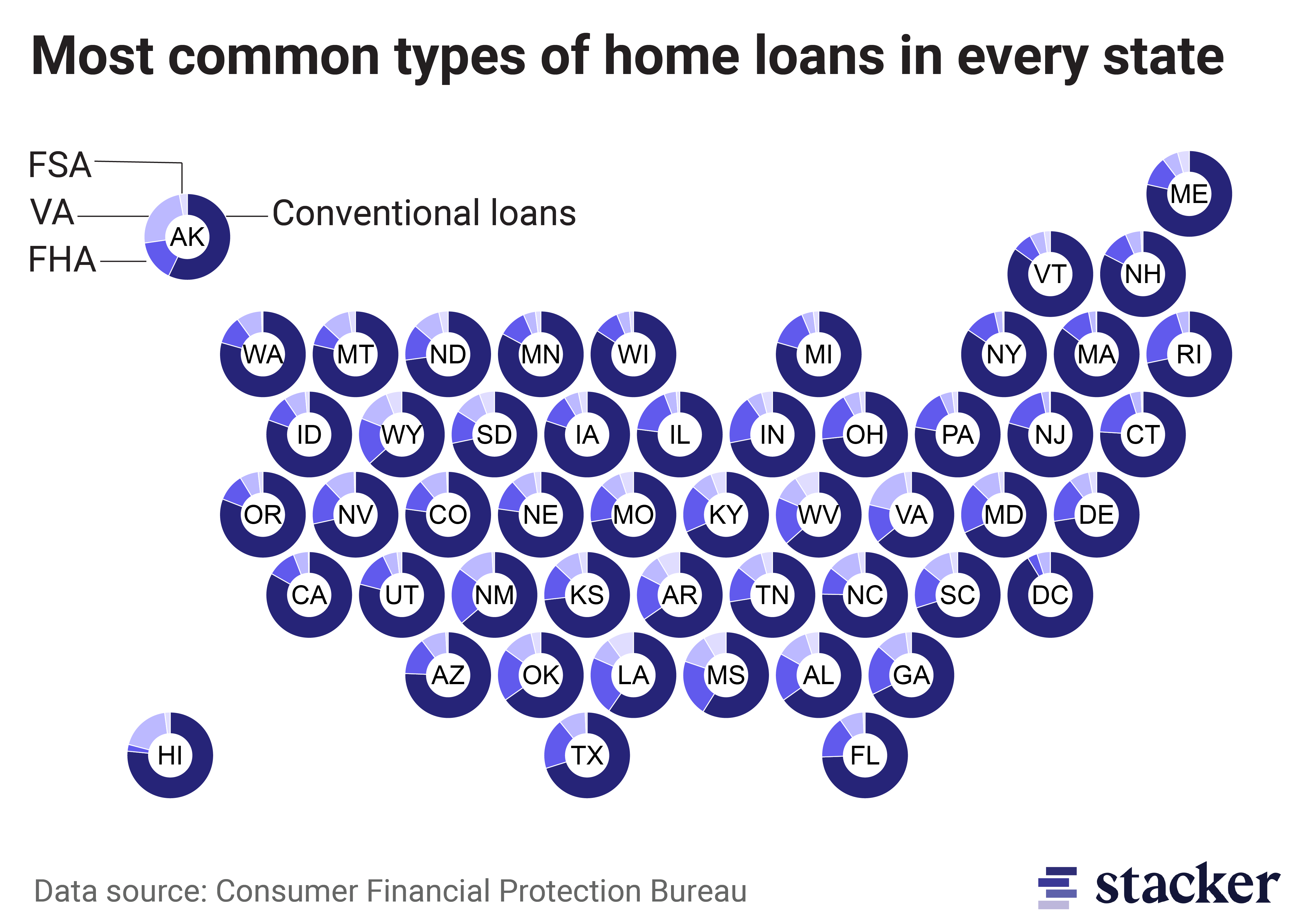 How Mortgage Rates Vary by State

States in the Midwest and mid-Atlantic as well as Florida and Alaska were the hottest states for new home loans last year. The migration tendencies of Americans have shifted since the arrival of COVID-19 in 2020. Not only are record numbers of Americans aging out of the workforce and entering retirement in recent years, but many working-age Americans spent the last year seeking out more space for shifting work routines. Those Americans are also moving to less costly and less dense areas. 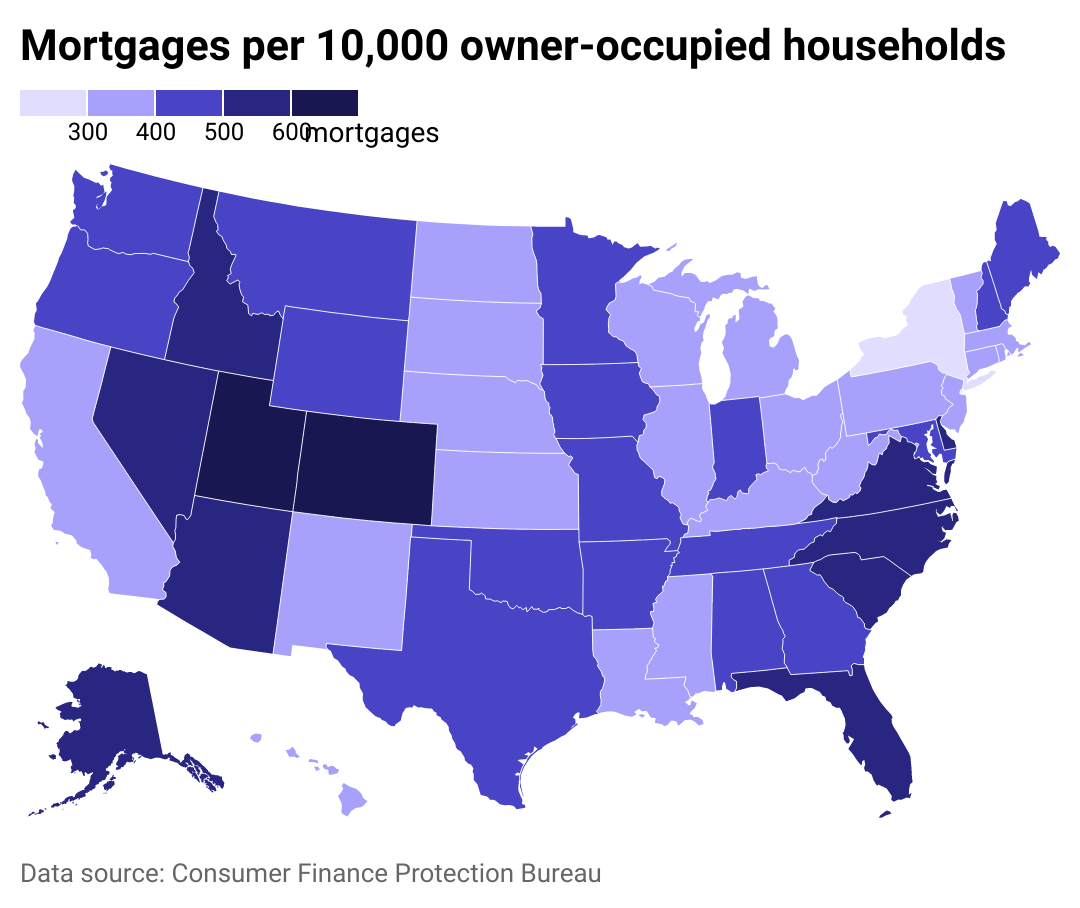 The Share of Different Types of Mortgages Taken Out by State

FHA loans were the next most common to be issued nationwide. Compared with a conventional loan, these loans have lessened requirements surrounding how much money a buyer has to put down as a deposit. FHA loans often help first-time homebuyers get into the housing market. Rhode Island led all other states in FHA loans last year, making up nearly 1 in 4 of the home loans originated in the state. Louisiana had the next largest share at 22% of all loans.

The highest percentage of VA loans by state were taken out in Alaska, at nearly a quarter of all loans originated, followed by Hawaii and Wyoming. All three states are somewhat geographically isolated from the rest of the country and have large U.S. military bases and significant veteran populations. 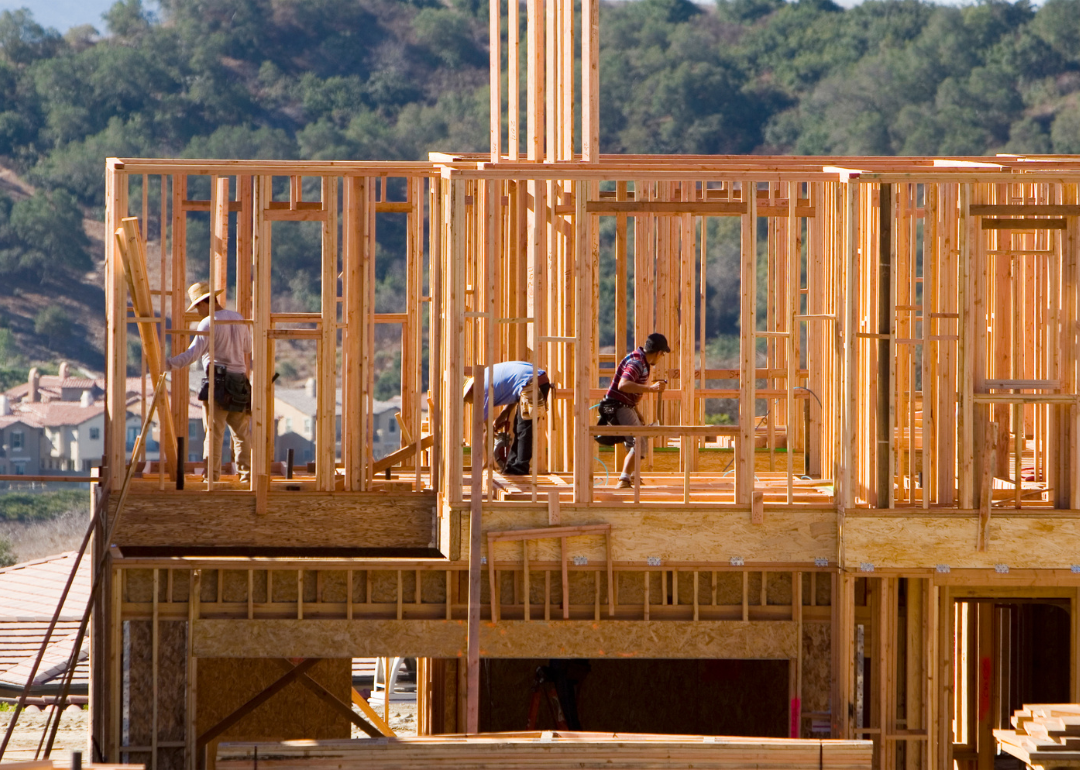 How the Housing Market Changed in 2021

Ever since the U.S. adopted more regulations around mortgages, in the wake of the 2000s housing crash, applying for a home loan has been an intensive process. Underwriting requires borrowers to open up their financial histories to the banks lending them hundreds of thousands of dollars, and the whole process can easily take a month or longer. But the housing market became so hot in 2021, that even securing a mortgage was often not enough to guarantee you a purchased home. A combination of lagging new home construction and skyrocketing demand has accelerated the homebuying process, driving U.S. housing prices to levels never seen before.

Homebuilding came to a near standstill in the spring of 2020, as COVID-19 workplace regulations were enacted across the U.S. Just a year later properties were selling in record time frames as builders struggled to complete enough houses to meet demand.

Americans saw the pandemic-lowered interest rates as an opportunity to upgrade—to more living space, a safer or warmer geographic location, or closer proximity to friends and relatives. By the summer months, typically the annual peak for real estate activity, listings were selling twice as fast as they were pre-pandemic, according to Federal Reserve Bank of St. Louis data. It wasn’t until the Fed raised interest rates in March that home sales began cooling.

This story originally appeared on American Home Shield and was produced and
distributed in partnership with Stacker Studio.