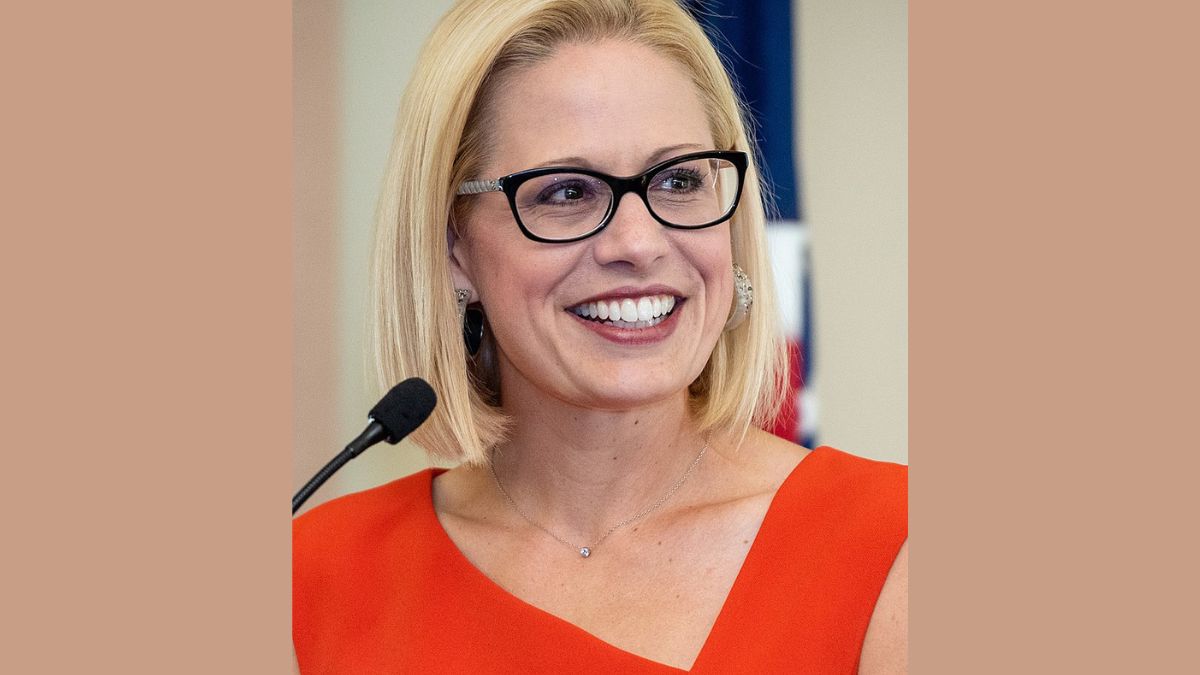 On Friday, Arizona Senator Kyrsten Sinema announced that she is now an independent. She clarified that despite the fact that she is no longer part of the Democratic Party, she will continue to caucus with Democrats.

Sinema has been a notable swing vote on various issues and made it clear that she would continue with her centrist voting trend. She was elected to the Senate in 2018 and was censured by the state party in January.

Sinema’s decision to register as an independent in Arizona could cause problems if she runs for re-election in 2024. A three-way general election race would probably benefit Republicans, considering how narrowly divided Arizona is.

Her move will not affect the Democrat’s overall control of the Senate. She has pledged to maintain her committee assignments from the Democratic majority. She has also made it clear that she does not intend to caucus with Republicans.

“Becoming an independent won’t change my work in the Senate; my service to Arizona remains the same,” she said in an op-ed for the Arizona Republic.

The Biden administration seems to approve of Sinema’s decision to transition to the Independent Party. White House Press Secretary Karine Jean-Pierre gave a statement communicating the support that the White House is giving to Sinema.

“We understand that her decision to register as an independent in Arizona does not change the new Democratic majority control of the Senate, and we have every reason to expect that we will continue to work successfully with her,” she said.

Democrats also have a cushion in the Senate now that the Georgia runoff election has concluded, with Raphael Warnock emerging as the victor. The Democrats still only hold a narrow majority in the Senate, though, and Sinema’s vote will matter more than ever as Democrats look to confirm important nominees and pass legislation.

Sinema and West Virginia Senator Joe Manchin, a conservative Democrat, hold the most power in the divided Senate. Both of them have voted consistently on the Democratic side, especially where Biden’s judicial nominees were concerned.

Sinema has voted in favor of Democrats 97% of the time. She has broken away from the Democrats on a couple of issues, like raising the corporate tax. She refused to vote against the filibuster rule that was put in place to pass gun control and voting rights legislation. Her decision angered the Arizona Democratic Party’s censure.

A political action group that calls themselves “Primary Sinema” has made it their mission to have her removed from office. They claim that her decision to register as an independent only proves that she is “simply out for herself.”

“In one way, Sinema just made our jobs easier by bowing out of a Democratic primary she knew she couldn’t win. Now, we’ll beat her in the general election with a real Democrat,” the group said.

There are only two other independents in the Senate, Bernie Sanders, and Angus King. Although they have pretty polarizing political views, they both caucus with Democrats consistently and also consistently vote with the party.

The Senate has finally been able to leave behind the 50-50 representation that could only be broken with a vote from Vice President Kamala Harris. With Warnock’s victory in Georgia, Democrats now hold a 51-50 majority.