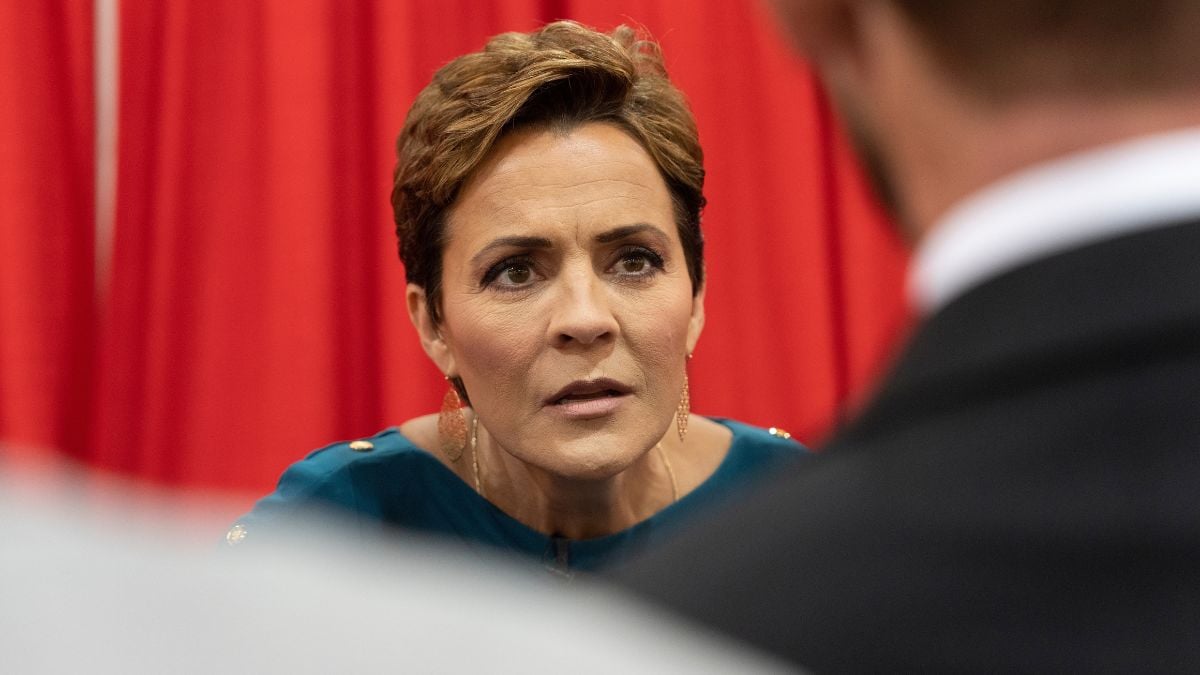 Ever since Democrat Katie Hobbs was announced the winner of the Arizona gubernatorial race, her opponent, Kari Lake, has been trying to have the election overturned.

Lake believes that widespread voter fraud caused her to lose the election and has filed a lawsuit in an attempt to have it overturned. She has now stated that if she believed the results of the election were legitimate, she would have accepted defeat.

In an interview with Larry Elder, Lake talks about how the people who are disputing her lawsuits have chosen “the wrong woman to mess with.” She technically lost the lawsuit and has been ordered to pay $33,000 to Hobbs’ legal team, but she has vowed to appeal the ruling.

“Somebody said, ‘Oh, just be graceful, you lost.’ No, we didn’t lose. If I would have lost I would be graceful. But I don’t walk away when I’ve been the victim of a crime. It’s not just me. The people of Arizona have been the victim of a stolen election. And I promised when I ran for governor that I would stand up and fight for the people of Arizona every single day. And I’m still fighting for them because they’re asking me, do not exit this fight until we have election reform and honest elections. Because if I walk away from the fight, who’s gonna stand up and demand honest elections?” Lake said.

The judge who presided over Lake’s lawsuit trial ruled that Lake did not provide enough “clear and convincing evidence” of widespread voter fraud. The judge ended up rejecting all 10 of Lake’s complaints.

Hobbs and her legal team asked the judge to impose sanctions on Lake for what they considered to be a ridiculous lawsuit. The sanctions would force Lake to pay up to $700,000 in legal fees. The judge rejected the request for the sanction, saying that although there was not enough evidence to support her accusation of wrongdoing, he did not believe the suit was presented “in bad faith.”

Lake announced to Larry Elder that she would be the next governor of Arizona but that she would have to go through the courts to get what she wanted. “I believe we won in a landslide at the ballot box, but we have crooks, criminals and clowns running our elections in Arizona.”