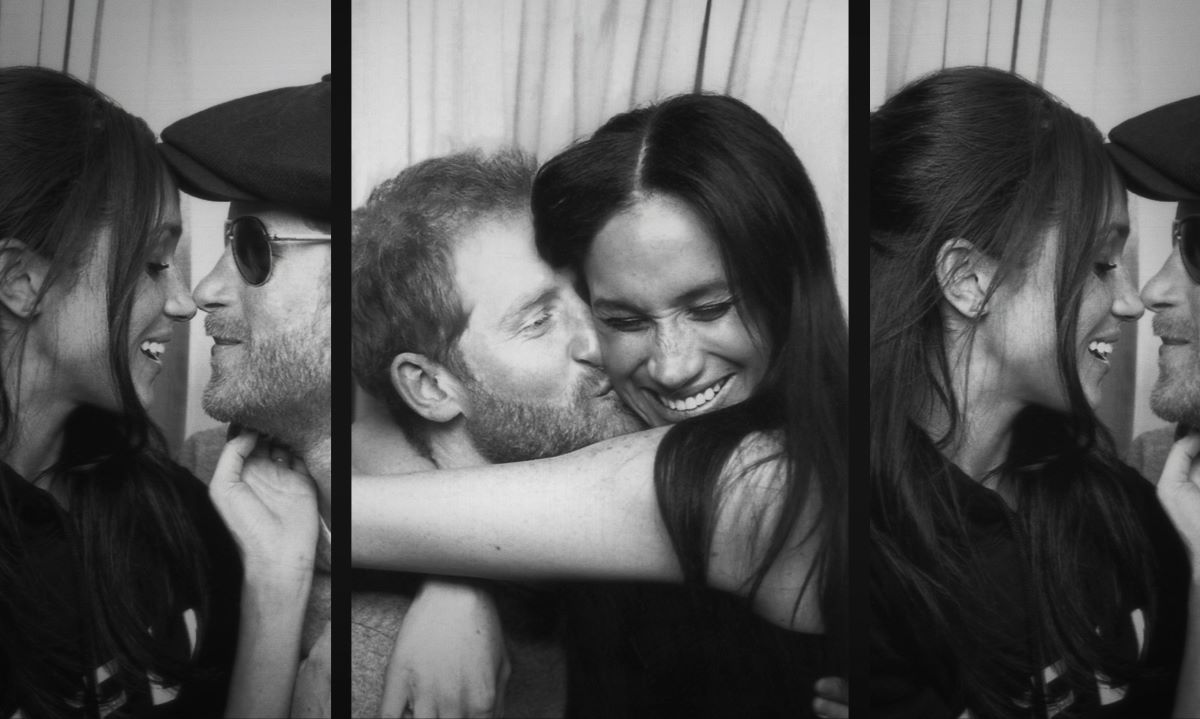 The trailer starts with beautiful and loving pictures of Harry and Meghan enjoying life and engaging in official activities.

“No one sees what happens behind closed doors,” Harry’s voice says as it switches to a picture of Meghan crying on a couch and then just as abruptly to a picture of William and Kate, Prince and Princess of Wales, looking right at the camera.

The trailer is beautiful and I am eagerly looking forward to watching Netflix’s documentary series, but the one thought that as going through my head was, “Is Netflix trolling the Royal Family?”

I think we can all agree that the answer is, “Yes. Most definitely”.

William and Kate have just landed in the USA for what could have been a grand tour full of photo ops of them handing out awards to environmental activists and enjoying their courtside seats at a  basketball game but instead has been overshadowed by the negative press since the moment they took off from the United Kingdom.

The resignation of Lady Hussey for racist remarks comes just weeks after Netflix featured her in The Crown, campaigning for the BBC to show a program for The Queen’s 70th birthday. In the end, the BBC decided to air the infamous Panorama interview with Princess Diana and Martin Bashir instead.

Incidentally, searches on Google for “Lady Hussey in The Crown” shot up in the past few days, according to Google Trends.

Now, as the Palace quickly responded to the accusations and Lady Hussey has stepped down from her role, Netflix strikes.

Just days after announcing the date of the new “Harry and Meghan” Limited Series (coming VERY soon to screens in your home), they have dropped the teaser trailer smack in the middle of William and Kate’s America Tour.

It doesn’t seem like Harry and Meghan want William and Kate on their turf. The timing of the trailer drop cannot possibly be coincidental. Whatever is happening behind the scenes, The Sussexes are winning this media war with the Waleses.

The 6-episode limited series official synopsis reads, “In an unprecedented and in-depth documentary series, The Duke and Duchess of Sussex share the other side of their high-profile love story.

Across six episodes, the series explores the clandestine days of their early courtship and the challenges that led to them feeling forced to step back from their full-time roles in the institution. With commentary from friends and family, most of whom have never spoken publicly before about what they witnessed, and historians who discuss the state of the British Commonwealth today and the royal family’s relationship with the press, the series does more than illuminate one couple’s love story, it paints a picture of our world and how we treat each other.

From the critically-acclaimed, two-time Academy Award-nominated and Emmy-winning director Liz Garbus, Harry & Meghan is a never-before-seen look at one of the most-discussed couples in history.”

You can see the official trailer here:

15 Fantastic Netflix Shows That No One Seems to Watch

The Most Swoon-Worthy TV Series on Netflix