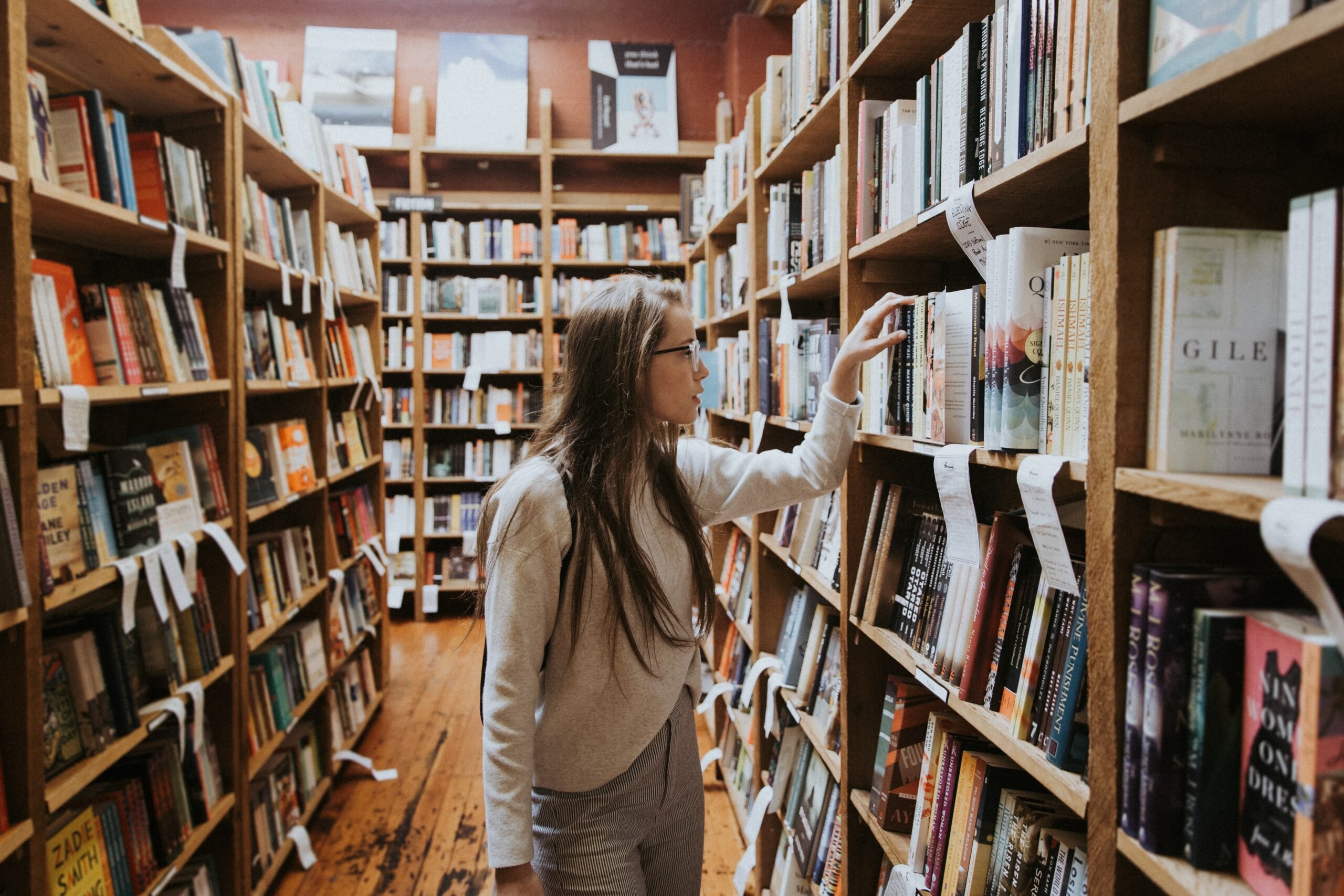 Share on Twitter Share on Facebook Share on Pinterest Share on LinkedIn
May is Asian American and Pacific Islander Heritage Month, and what better way to celebrate than to stack your to-be-read lists with some of the many incredible works from Asian American authors.
Although much of popular culture in America still struggles with producing consistent and diverse Asian American representation, there is a treasure trove of works by Asian American authors that provide readers a multitude of stories, characters, and experiences.
Stacker compiled a list of 20 popular books written by Asian American authors, spanning various decades, genres, and subjects. These books exemplify the endless expanse of varying Asian and Asian American stories and experiences. Each book has been selected and vetted to be the best of the best, whether because they’ve been met with esteemed acclaim and earned awards or because they became bestsellers that sparked conversation among book clubs everywhere.
This list has genres for every kind of book lover—memoirs, romances, mysteries, graphic novels—and the premises of these titles range from a grief-stricken character bereaved of their mother and a generation-spanning familial epic to those that lay bare the complicated experience of race and class struggles and others that deal with high school crushes.You may also like: Influential artists of the 20th century 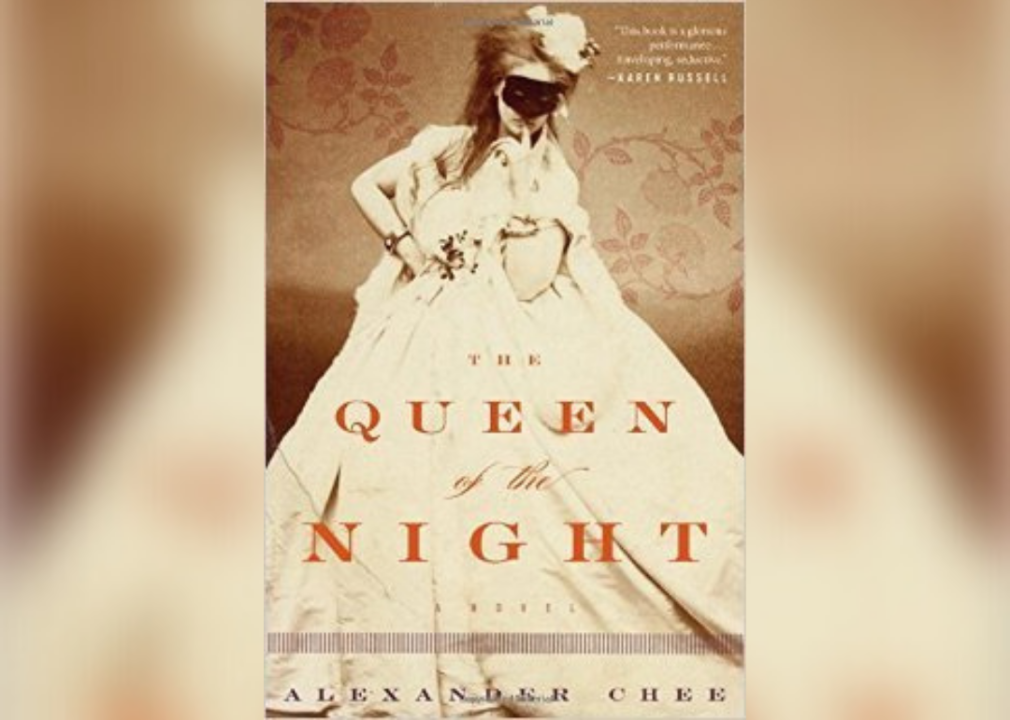 The Queen of the Night

“The Queen of the Night” is a historical fiction novel set in 1882 Paris amid the decadence and high drama of the Paris Opera. Readers follow the story of soprano Lilliet Berne, who is finally given the chance to star in an original role, only to discover that the opera’s libretto suspiciously resembles the story of her secretive past.

Alexander Chee’s writing is full of suspense, mystery, and romantic intrigue. Chee received the Whiting Award for his first novel “Edinburgh,” and his second novel, “The Queen of the Night,” is no less distinct. 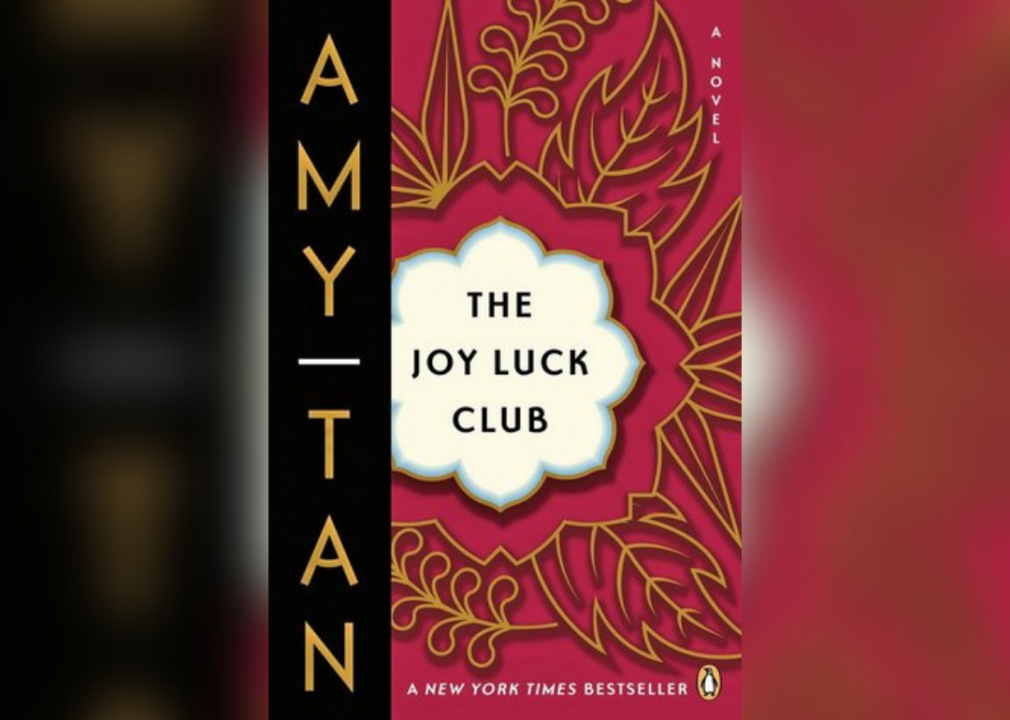 Amy Tan’s “The Joy Luck Club,” first published in 1989, made waves as a (then-rare) commercially successful novel from an Asian American author about the Asian American experience. The novel follows four Chinese American immigrant families in San Francisco, the mothers and daughters of which meet weekly to play mahjong, eat food, and commiserate in what they call The Joy Luck Club. The novel was adapted into a film of the same name in 1993.

“The Joy Luck Club” has received mixed reviews over the years concerning the complicated nature of racial representation, but it has no doubt had an enduring influence on both literature and film. 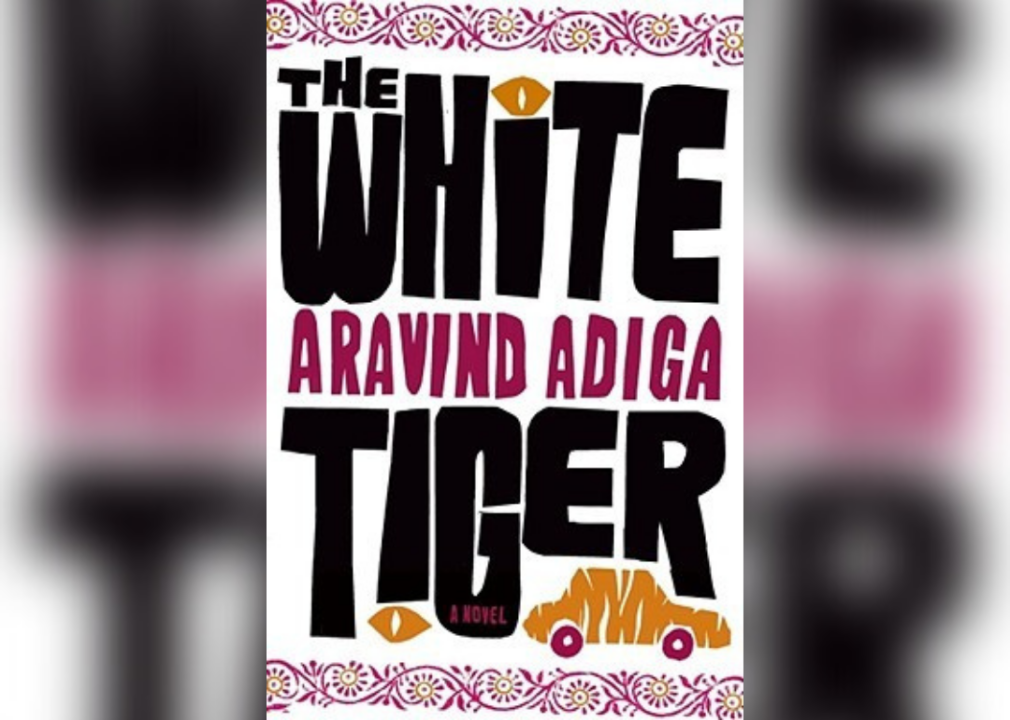 “The White Tiger” is a novel of dark humor and disturbing honesty about India’s caste system, as told by narrator Balram Halwai and his morally questionable rise through the ranks from village boy to successful businessman. This action-packed novel exposes the corruption deeply embedded into the unflinching Indian caste system and the poverty it can perpetuate.

Aravind Adiga’s debut novel, “The White Tiger” took home the Man Booker Prize in 2008. It was later adapted into a Netflix film, released in 2021. 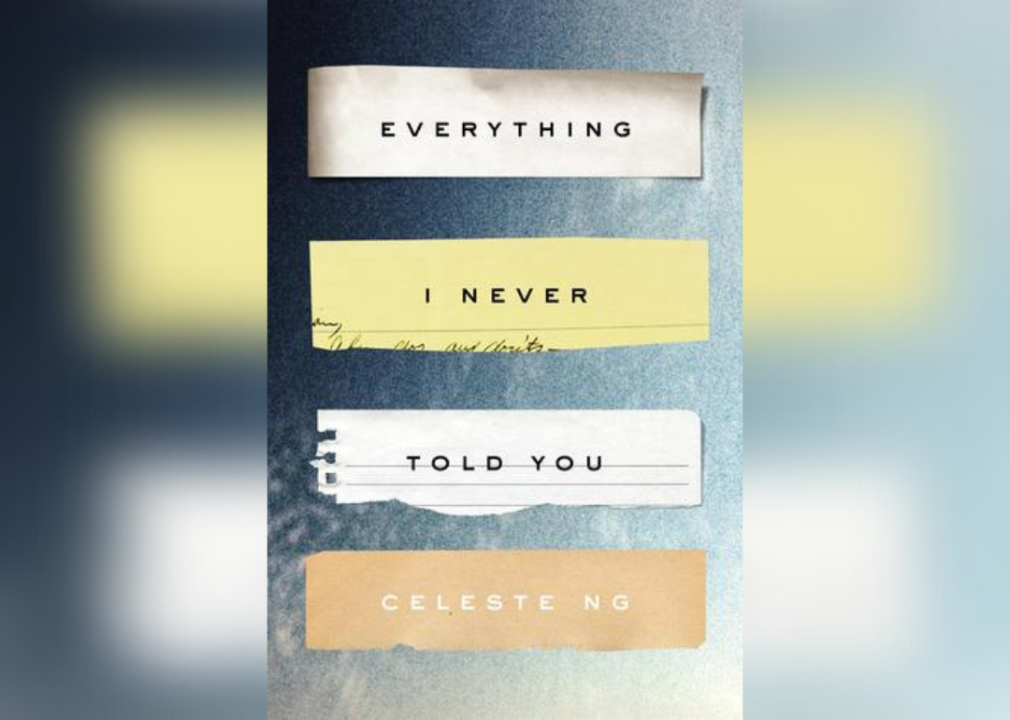 Everything I Never Told You

“Everything I Never Told You” follows a mixed-race Chinese American family in 1970s Ohio. When the middle child, and the favorite, of Chinese immigrants Marilyn and James Lee is found dead, the rest of the family unravels, secrets are revealed, and the meaning of home and family is put into question. Celeste Ng’s writing is as poignant as it is dramatically enticing.

“Everything I Never Told You” landed on the New York Times Best Seller list and won the Massachusetts Book Award, the Asian/Pacific Librarians Association Award for Literature, and the American Library Association’s Alex Award. 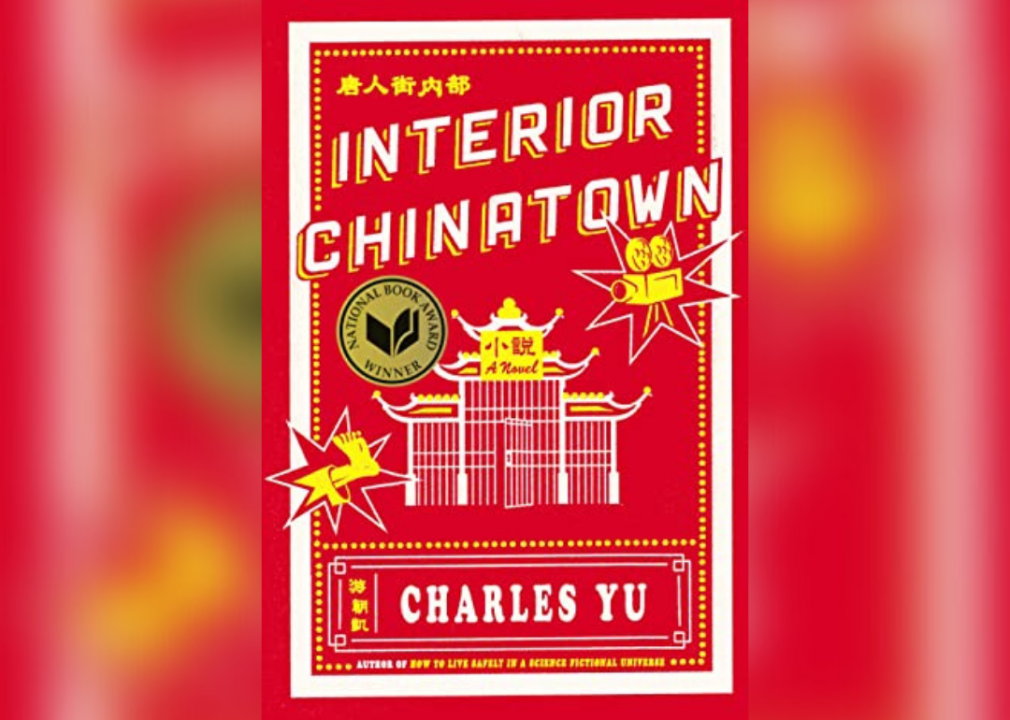 Winner of the 2020 National Book Award for Fiction, “Interior Chinatown” is told in the format of a screenplay. It follows “Generic Asian Man” Willis Wu, who is perpetually playing the “Background Oriental Male” in a fictional police procedural, but dreams of one day playing “Kung Fu Guy” on the big screen. The novel is Yu’s wry and heartfelt sendup of Hollywood Asian stereotypes, exposing the lack of onscreen representation for Asian Americans.

You may also like: The most popular book the year you were born 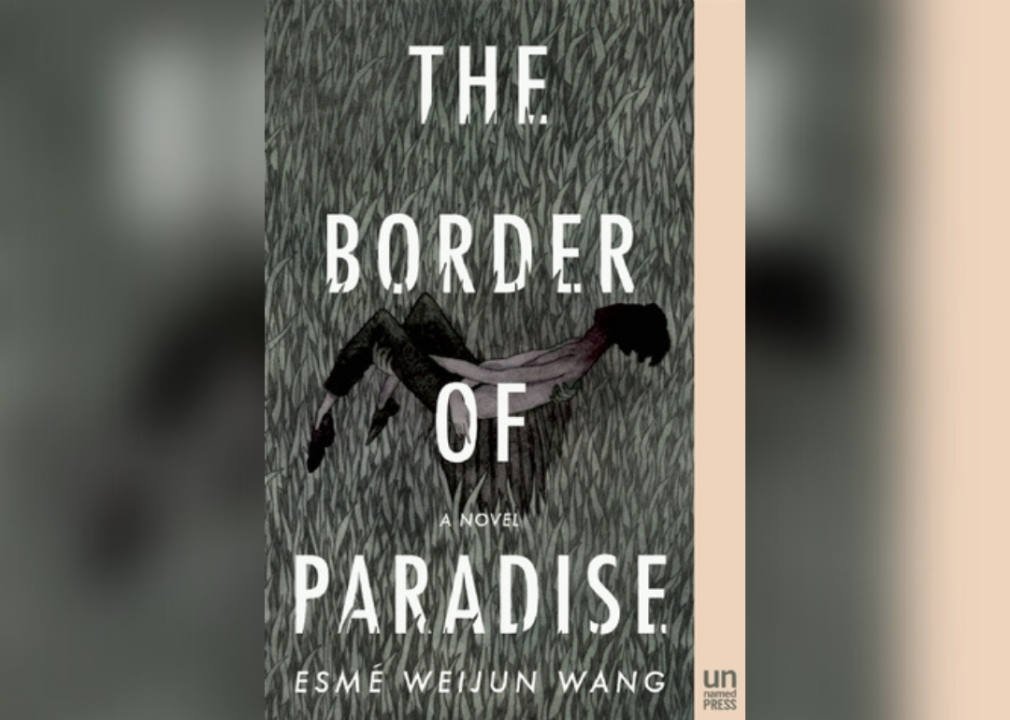 The Border of Paradise

A gripping and expansive family drama, “The Border of Paradise” is a story told over multiple years and multiple locations from multiple perspectives. Bookmarked by two suicide attempts, it follows David, a Brooklynite who struggles with neuroses; Daisy, the woman he marries and has a daughter with in Taiwan; and Marianne, his childhood companion with whom he has an affair and produces another daughter in California. Secrets and hidden pasts are revealed as a complicated family dynamic unfolds.

Esmé Weijun Wang’s novel has been praised for its beautiful prose and well thought-out characters. 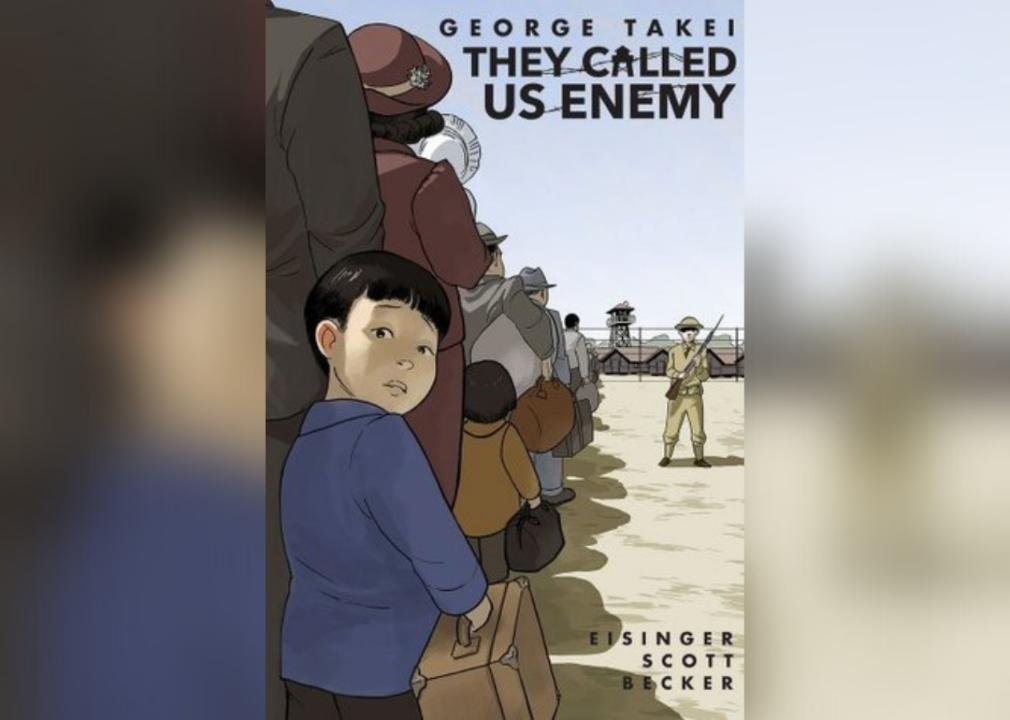 They Called Us Enemy

George Takei is an actor and activist who broke boundaries with his role on “Star Trek” in the 1960s. In “They Called Us Enemy,” his graphic memoir, readers follow the story of his early childhood spent in an American concentration camp for Japanese Americans during World War II. The memoir reveals the political and human atrocities that the American government has been responsible for, all from a very personal and accessible perspective. Takei’s graphic memoir won the 2020 Asian/Pacific American Award for Young Adult Literature. 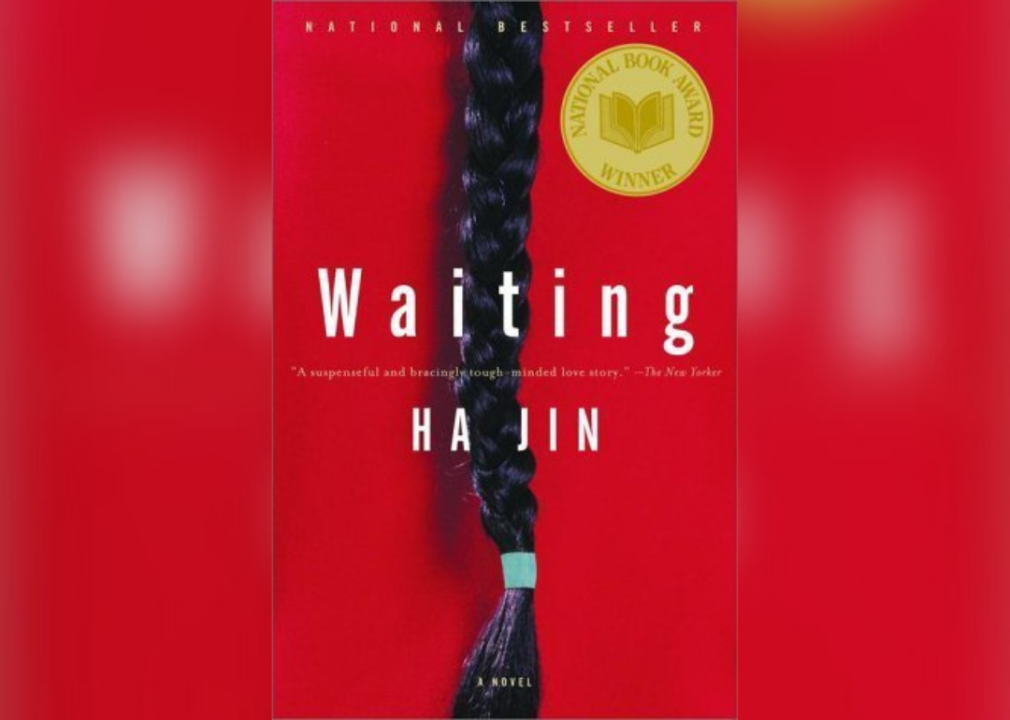 Ha Jin’s novel “Waiting” won the 1999 National Book Award, and for good reason. Set in contemporary China, and sprawling over 20 years, the story revolves around Lin Kong, an army doctor; his wife, who he does not love; and his girlfriend, a nurse at the hospital where he works. Based loosely on a true story, the novel is a complex and expertly written study of modern longing that grapples with centuries of custom and expectation. 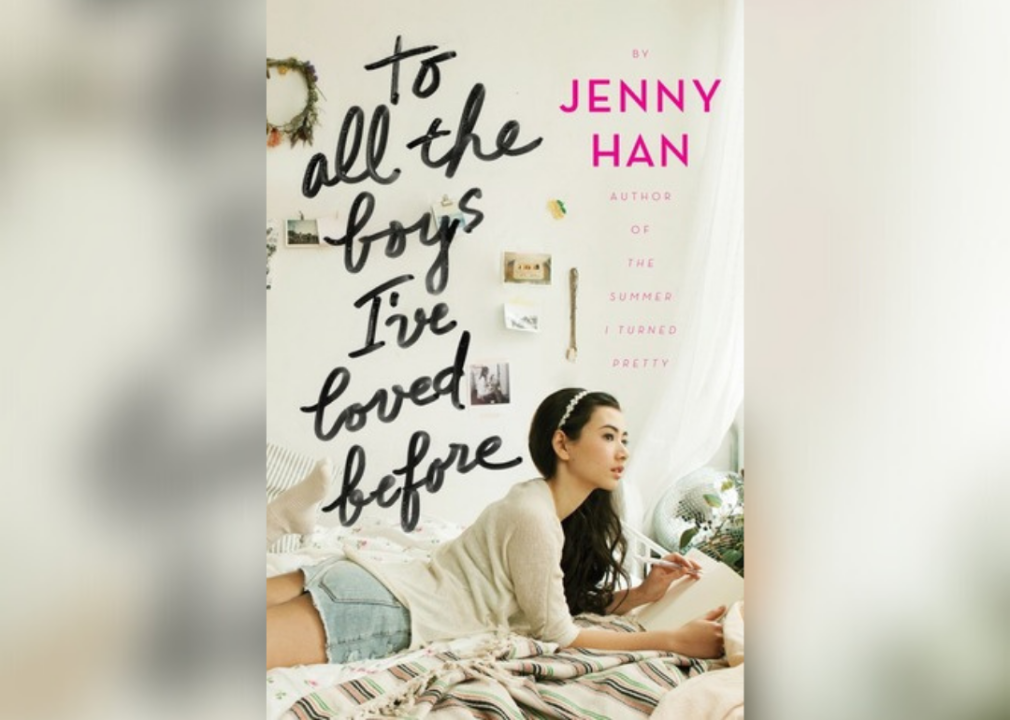 To All the Boys I’ve Loved Before

“To All the Boys I’ve Loved Before” is a #1 New York Times bestselling romantic comedy that follows protagonist Lara Jean, a Korean American high schooler, who writes secret love letters that were never meant to be read. When the letters are accidentally mailed out, she’s forced to deal with the kind of attention she’s always hoped to avoid and the feelings that come with it.

Praised for Han’s relatable writing, “To All the Boys I’ve Loved Before” has also been adapted into a popular Netflix film series. 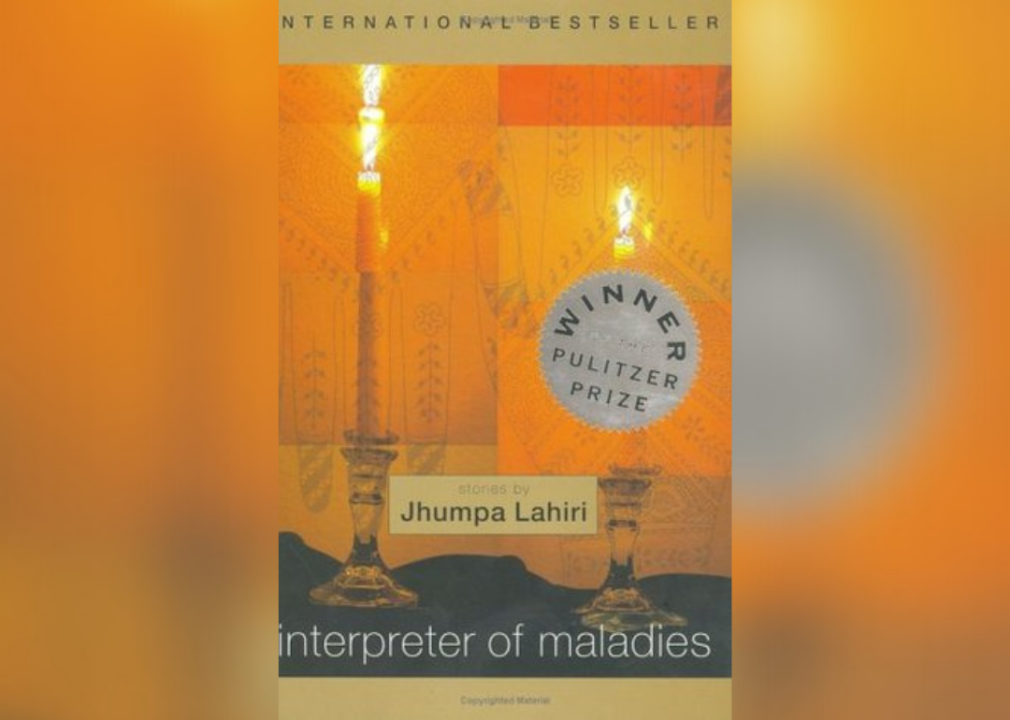 “Interpreter of Maladies” is a collection of nine short stories, linked by the common theme of Indian and Indian American protagonists balancing their cultural roots with the “New World.” Published in 1999, Jhumpa Lahiri’s writing has been praised as elegant and the book itself has been praised for offering deliberately expansive representations of Indians and Indian Americans. “Interpreter of Maladies” won both the Pulitzer Prize for Fiction and the Hemingway Foundation/PEN Award in 2000.

You may also like: Famous works of art from 30 countries around the world 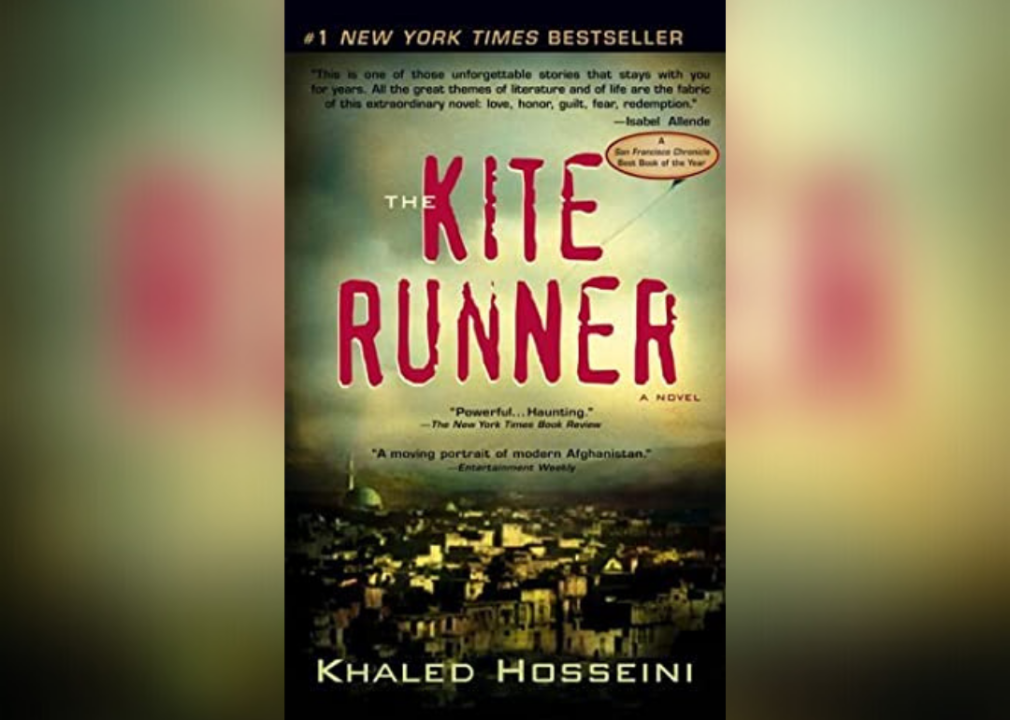 “The Kite Runner” is the first novel from Afghan American author Khaled Hosseini. The book tells the story of Amir, who comes from a wealthy family in Kabul, and whose tale spans 30 years of change and disruption in Afghanistan. It follows the relationship Amir has with his father and the unlikely friendship he establishes with his father’s servant’s son, Hassan.

It maintained its place on the New York Times Best Seller list for two years and won the San Francisco Chronicle Best Book of the Year Award. 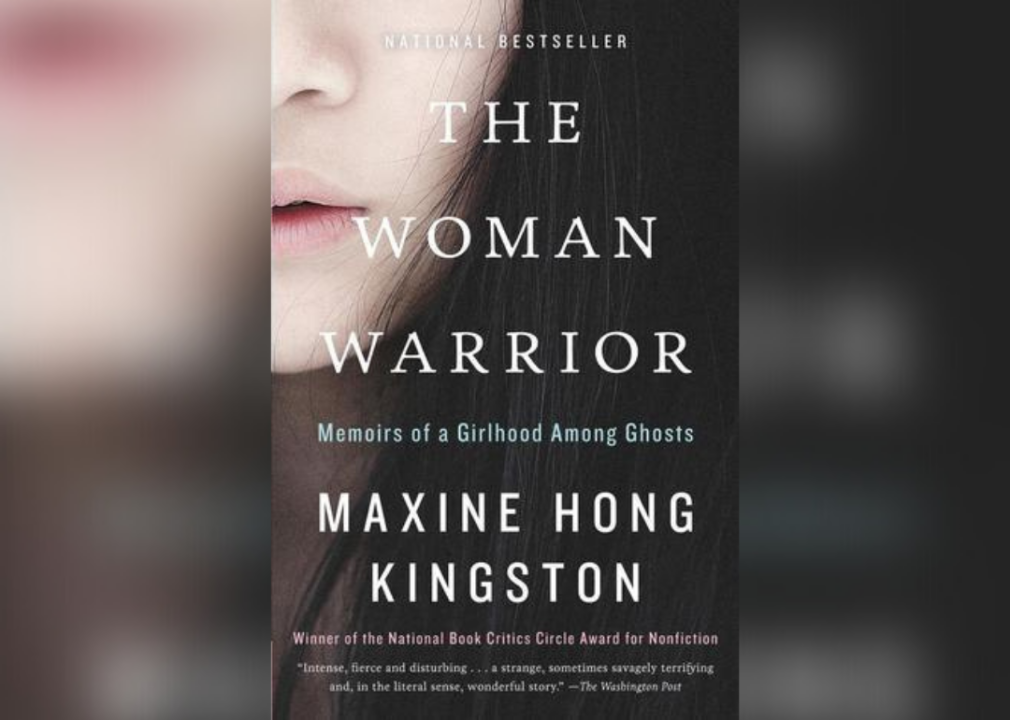 The Woman Warrior: Memoirs of a Girlhood Among Ghosts

“The Woman Warrior: Memoirs of a Girlhood Among Ghosts” was first published in 1976 and is unique in its merging of autobiography and Chinese folklore. Author Maxine Hong Kingston uses this undefinable genre to tell us the stories that helped define her. Kingston has received criticism for her representation of Chinese culture, but her work continues to spark conversation on the subject. The book was a National Book Critics Circle Award winner. 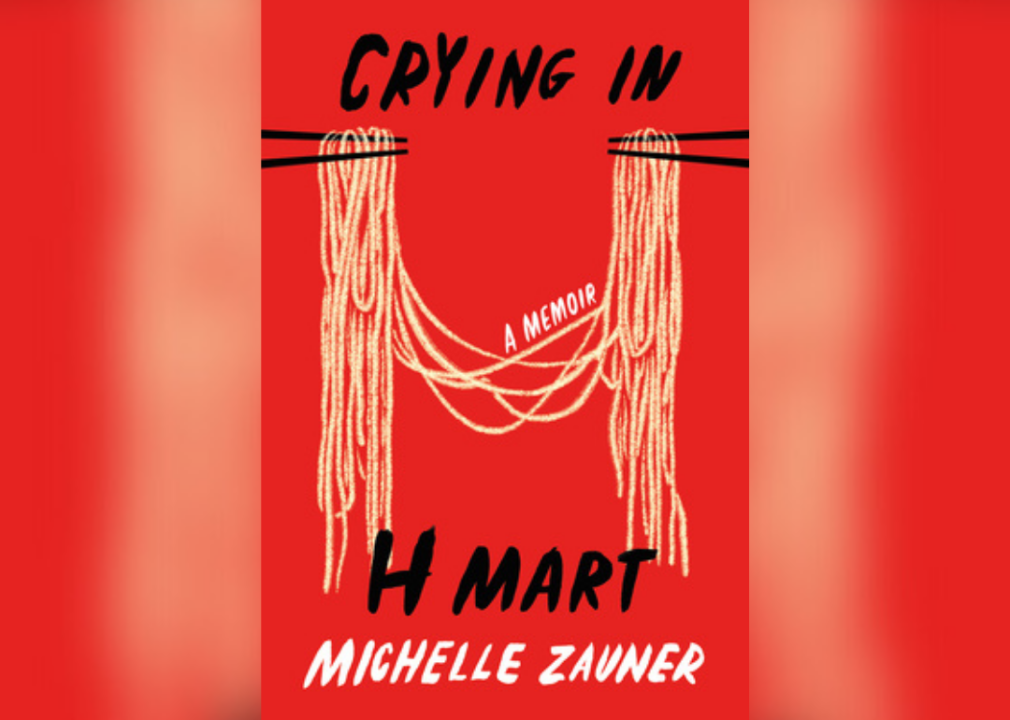 “Crying in H Mart” is the debut book from the singer and guitarist of Japanese Breakfast, Michelle Zauner. The memoir details her experience coping with the death of her mother and growing up as a Korean American in Oregon. Zauner’s writing provides readers with detailed descriptions of food, and how it has helped her navigate her culture and her grief. The memoir won Best Memoir & Autobiography at the 2021 Goodreads Choice Awards. 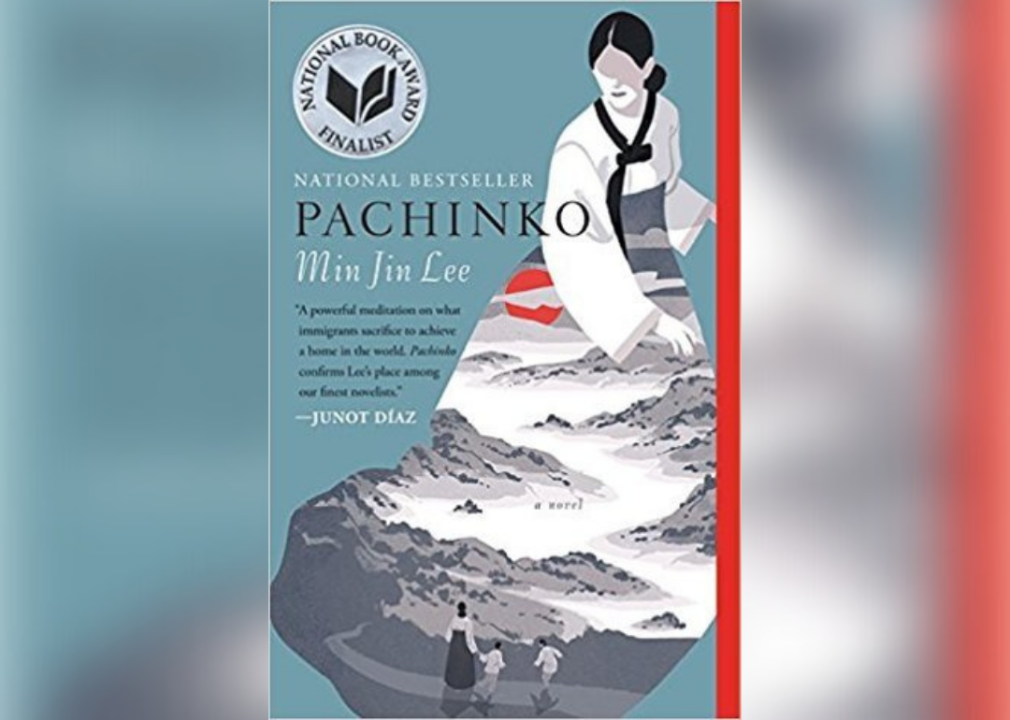 “Pachinko” is Min Jin Lee’s second novel. It was a National Book Award nominee and a New York Times bestseller. The novel tells the story of one family spanning four generations, beginning in early 1900s Korea, and follows the family’s fight to thrive as exiles in 20th-century Japan. “Pachinko” was adapted into a series for Apple TV+ in 2022. 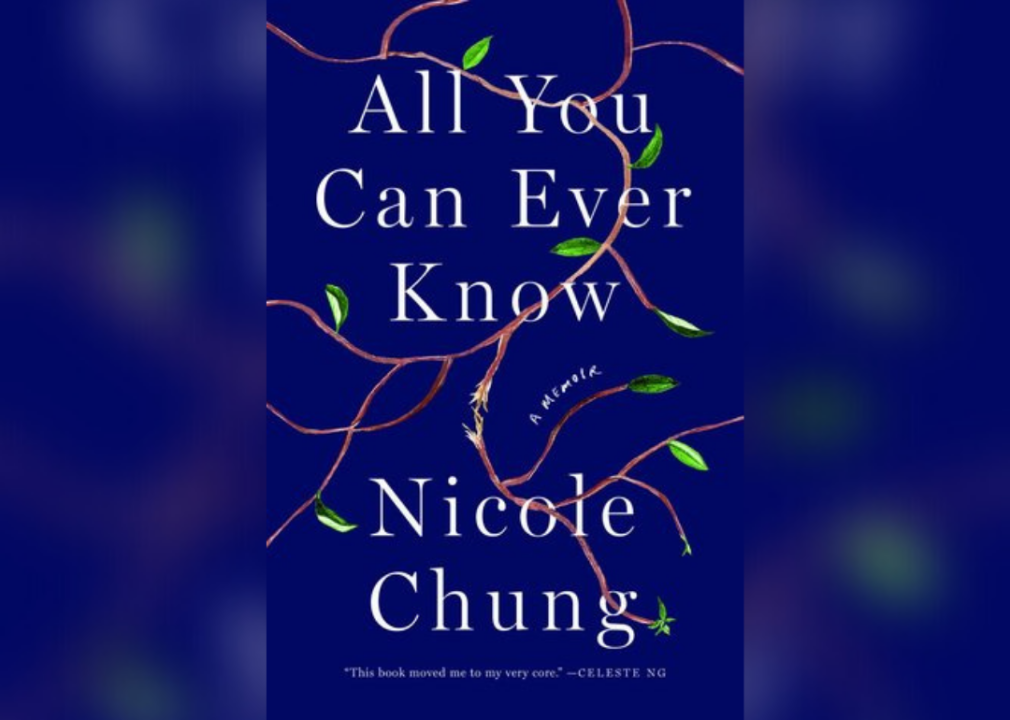 All You Can Ever Know

“All You Can Ever Know” is a memoir that follows author Nicole Chung’s experience as a Korean adoptee raised by white parents. The memoir weaves together the author’s personal journey to find her birth parents, her search for belonging, and her evolving understanding of her identity. “All You Can Ever Know” received rave reviews upon its publication and was a finalist for the National Book Critics Circle Award for Autobiography in 2018.

You may also like: Famous moments in magazine history from the year you were born 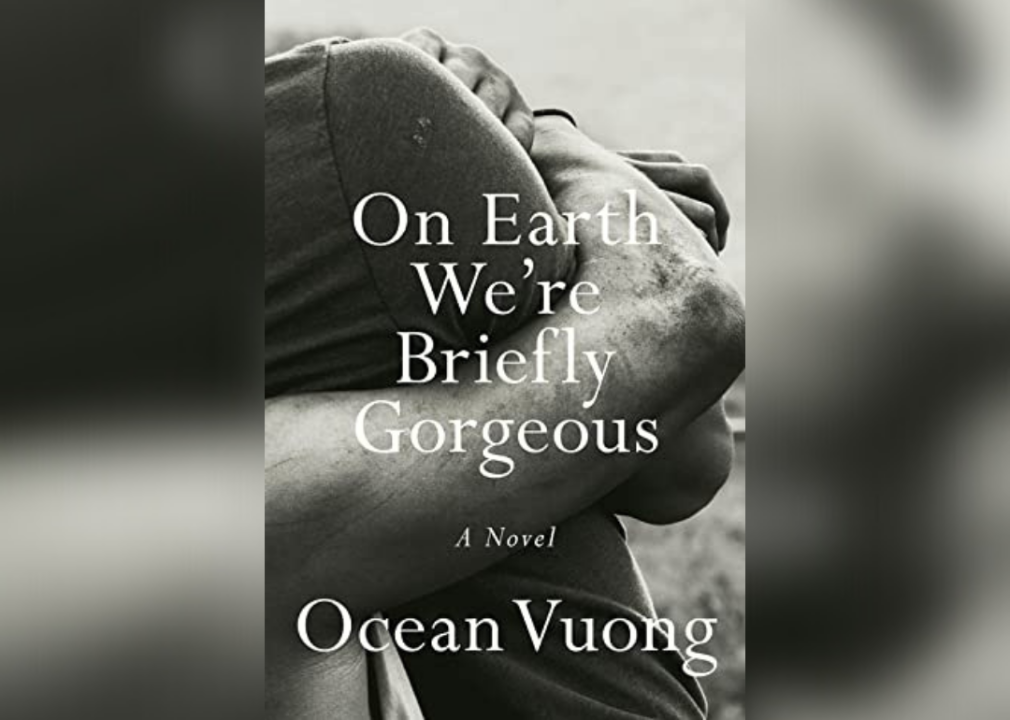 “On Earth We’re Briefly Gorgeous” is the debut novel from Vietnamese American poet Ocean Vuong. It’s written in the form of a letter from a son to his mother who cannot read. The letter follows the history of the son’s family from before he was born and continues on to reveal details of his life about which his mother has never known. Vuong has been applauded for his poetic prose style, and the novel has been praised for its unique exploration of race, masculinity, class, and freedom. “On Earth We’re Briefly Gorgeous” was also a contender for the 2019 National Book Award for Fiction. 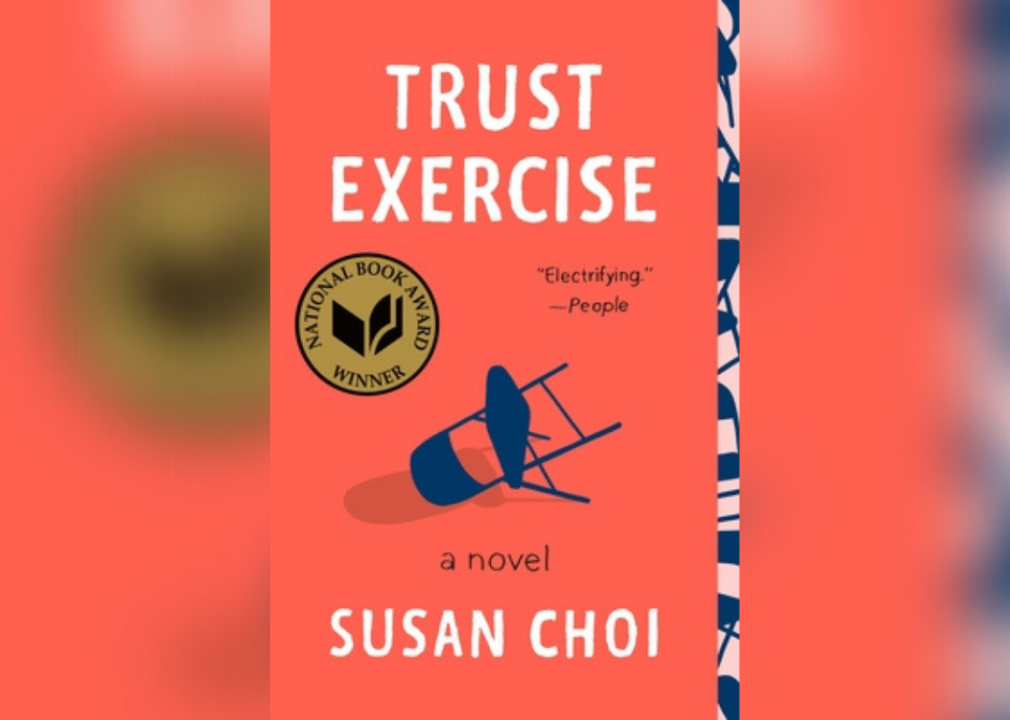 “Trust Exercise” by Susan Choi was the winner of the 2019 National Book Award for Fiction. The national bestseller is full of narrative twists, surprises, and head-scratchers as it follows the lives of students at a performing arts high school in the 1980s in the American suburbs. The complicated narrative techniques of the novel have sparked much debate and make it the perfect book for a heated book club meeting. 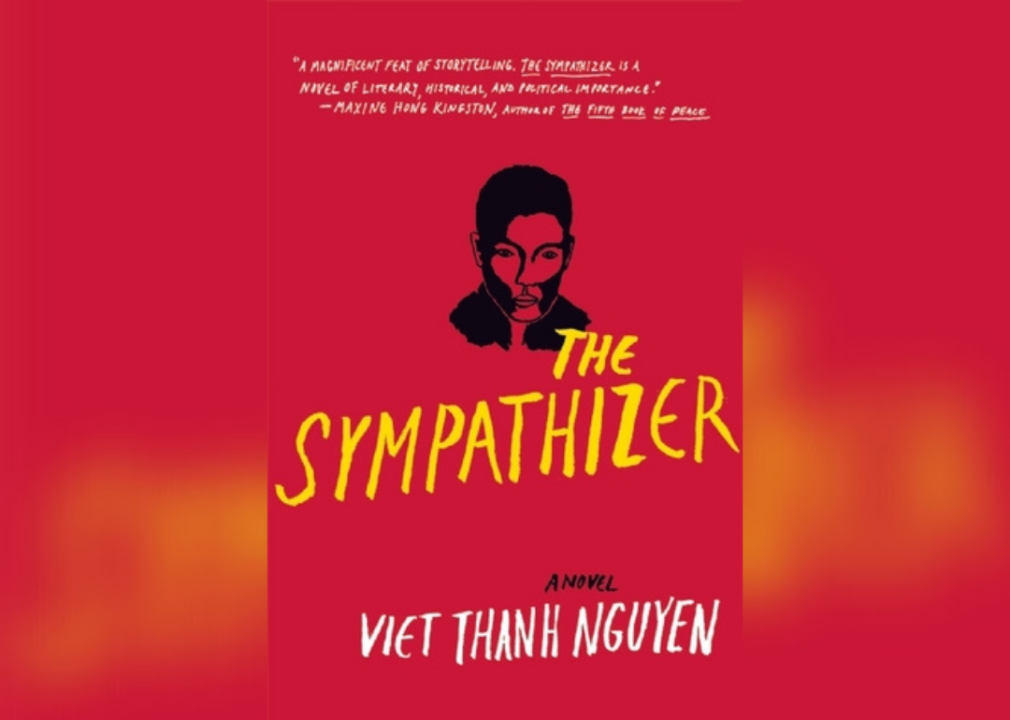 “The Sympathizer” is Viet Thanh Nguyen’s debut novel and the winner of the 2016 Pulitzer Prize for Fiction. Set in 1975, the book follows a general of the South Vietnamese army who flees to Los Angeles with a few compatriots to begin a new life. The narrator of the novel, however, is one of the compatriots, the captain, who is also a spy for the Viet Cong. The book is at once a spy novel, a love story, and an exploration of the extreme politics of both 1970s America and Vietnam. 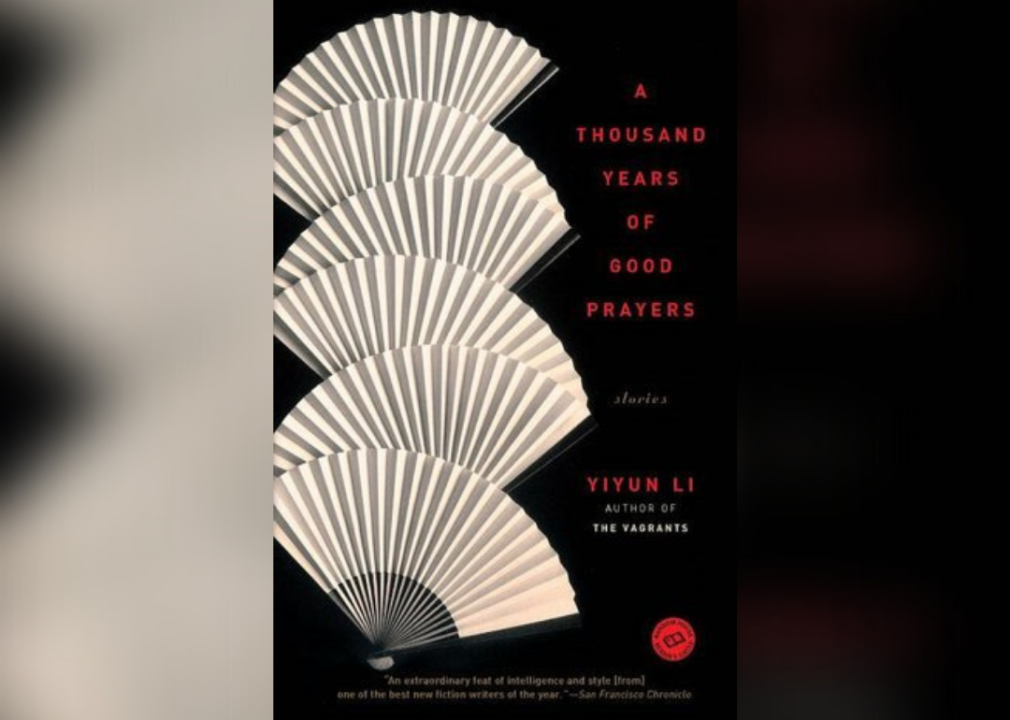 A Thousand Years of Good Prayers

“A Thousand Years of Good Prayers” is the debut collection of short stories from Chinese American author Yiyun Li. The stories are thematically linked by following the lives of Chinese and Chinese American protagonists and their experiences. The collection won the PEN/Hemingway Award, and the story “Immortality” won The Paris Review’s Plimpton Prize for new writers. 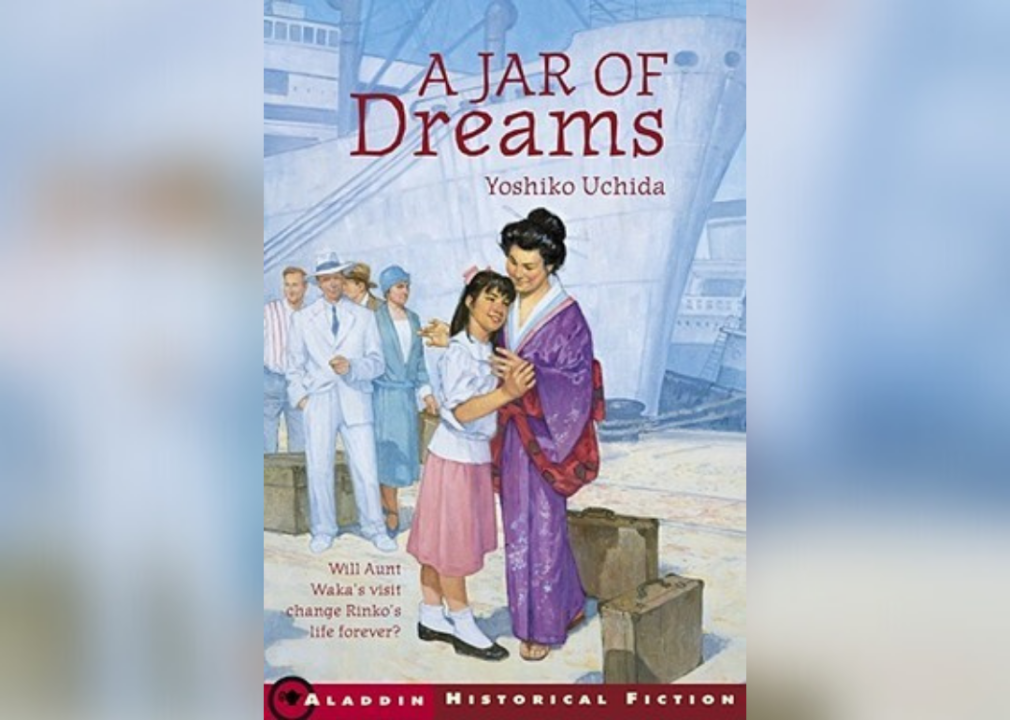 A Jar of Dreams

“A Jar of Dreams” is a children’s novel from author Yoshiko Uchida, typically meant to be read by middle-school aged children, but the story is for all ages. The novel follows Rinko, an 11-year-old in Great Depression-era California who struggles with being “different” because she is Japanese. When her Aunt Waka comes to visit from Japan, Rinko learns to love and appreciate her heritage.

You may also like: Can you solve these real ‘Jeopardy!’ clues about art?