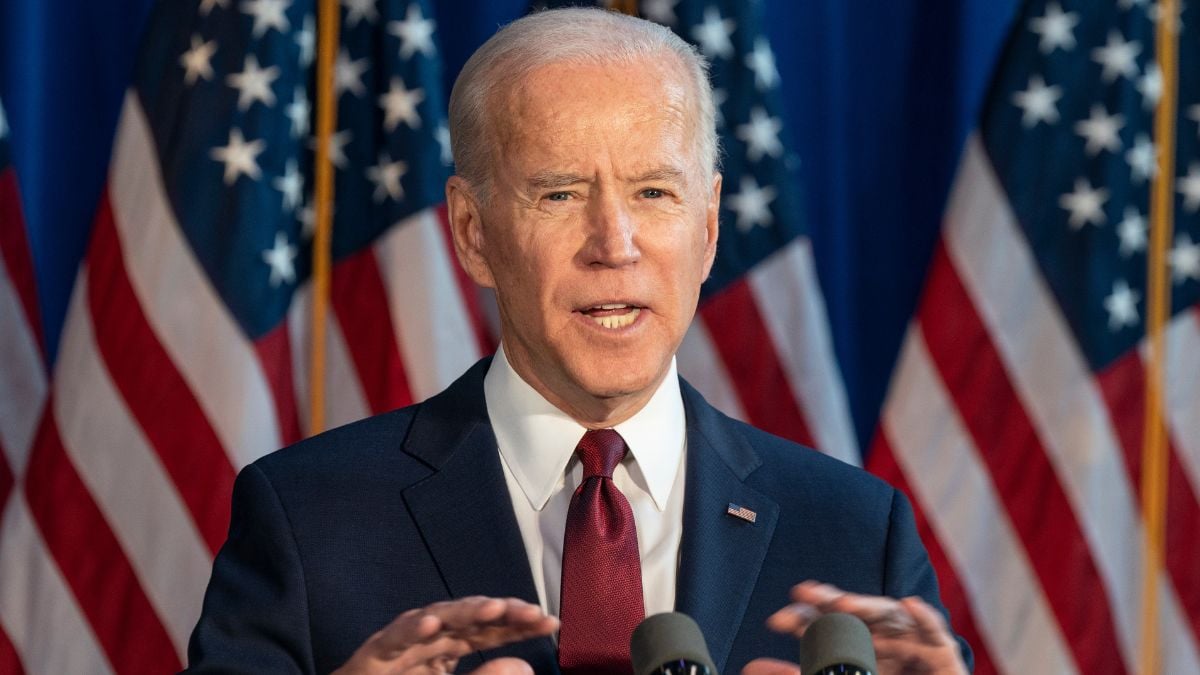 President Biden took a trip to Arizona on Tuesday to visit a company that will be investing in the manufacture of chips in Phoenix.

Reporters asked Biden when he arrived in Arizona if he would be visiting the border to address the ongoing crisis, to which Biden responded that “there are more important things going on.” His critics quickly began to slam him for his comment on social media.

“Because there are more important things going on. They’re going to invest billions of dollars in a new enterprise.”

Critics took to Twitter to call Joe out for his dismissal of the ongoing border crisis. John Cooper of the Heritage Foundation said, “Tell that to the Border Patrol.”

WOW: Joe Biden, when asked why he won’t visit the border during a visit to Arizona today, says, “Because there’s more important things going on.”

The Border Patrol Union also had something to say on the matter. They mocked the fact that Joe Biden seemingly finds visiting an ice cream shop more important than visiting the border.

Visiting our border, where illegal immigration, deaths, escapes and fentanyl smuggling set new records non-stop with thousands dying as a result: Not important

On Monday, Press Secretary Karine Jean-Pierre made it clear to reporters that Biden had no plans to visit the border. She then tried to redirect attention to the potential benefit to the economy that the manufacturing plant could provide in Arizona.

“He’ll be visiting TSMC, a company making a major investment to manufacture cutting edge chips in Phoenix. This will bring new jobs and economic opportunity to Arizona. And it’s in large part thanks to the Chips and Science Act.”

House Judiciary Republicans hopped on Twitter to react to Biden’s comments. They accused Biden of caring more about the amount of money Americans are transferring through Venmo than the border crisis.

Joe Biden’s Administration is more focused on the $600 in your Venmo account than the millions of illegal aliens crossing the southern border.

The White House put out a statement explaining that the economy is Biden’s top priority at the moment but that he is also “taking action” to secure the border.

“The President was clear that his top priority is investing in the American economy and in American communities, out-competing China, and bringing back American jobs from overseas.

In fact, as Fox News’ own analysis showed, the economy is the top issue for most Americans,” the statement to Fox News Digital said.

“If anyone believes that shouldn’t be the President’s top priority too, they should say that out loud. Of course, the President is also taking action to secure our border and build a fair, orderly, and humane immigration system. He’s secured more funding than all of his predecessors to support the men and women of the Department of Homeland Security, put forward a comprehensive immigration reform proposal, and brought 20 world leaders together to jointly manage the migration challenge impacting the entire Western Hemisphere.”